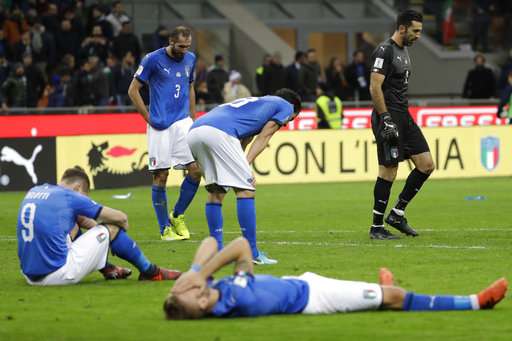 Italy have failed to qualify for the 2018 FIFA World Cup in Russia.

After finishing second in Group G of UEFA World Cup Qualifying, Gli Azzurri were drawn into the qualifying playoff against Sweden.

Sweden won the first leg in Stockholm 1-0 and then held Italy scoreless for another 90 minutes at San Siro tonight.

This is the first time the Italian National Team has not qualified for the FIFA World Cup since 1958.

Gianluigi Buffon misses out on becoming the first player to appear in six FIFA World Cups and has now retired from international duty.