Opening The Eyes of the World: The Year Mauro Icardi Breaks Through on a Global Scale 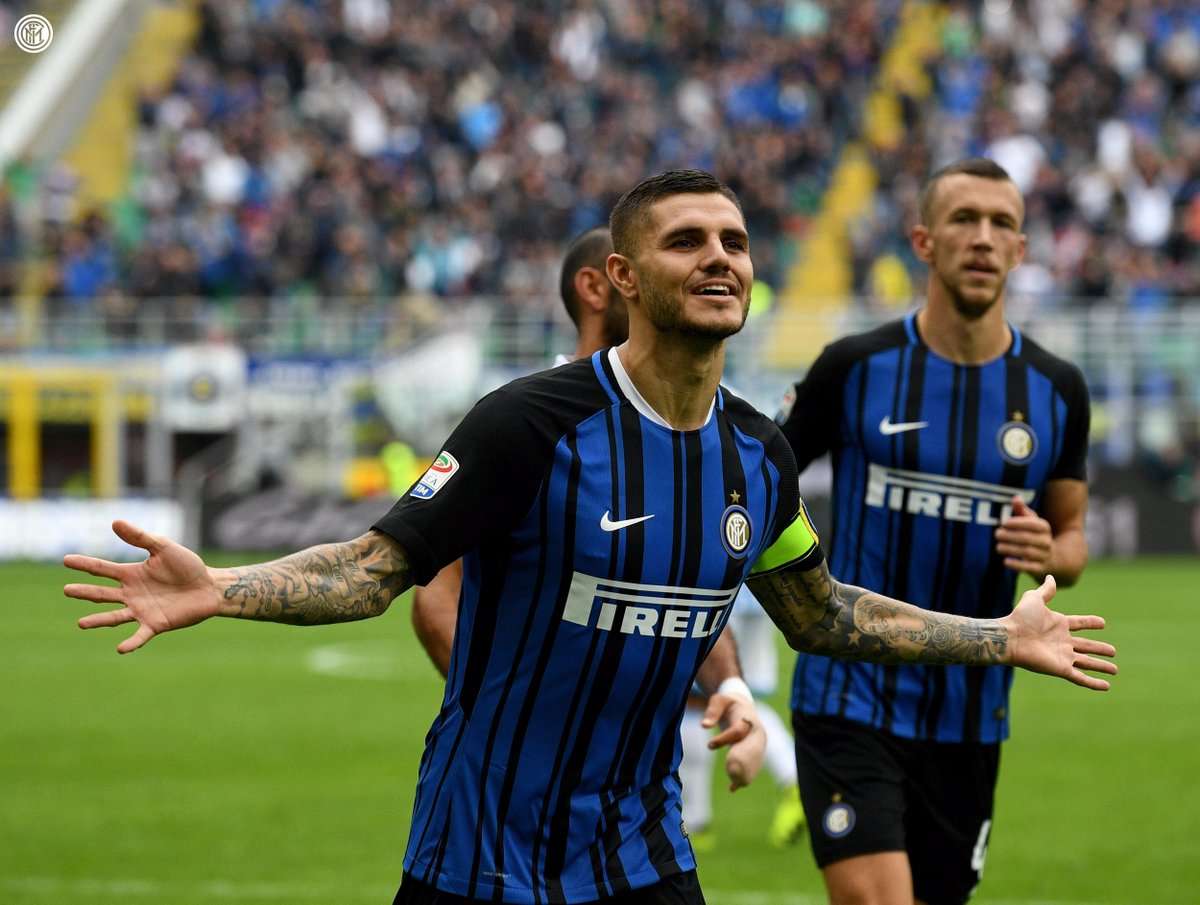 Football’s evolution over the years has welcomed the advancement of individual roles on the pitch, and the way for which they are played; social media, gifs and video analysis content have also furthered the way we judge players, while also altering the overall perception we have on the individual qualities they possess. Yet, while short clips, excessive emoji usage and cutting-edge content have staked their claim in modern football’s assessment of talent, there is no disputing the reliability and accuracy behind studying players over the course of a match, a season, and, eventually, an entire career as the most accurate way to decide whether or not they should be put into the upper echelon. Ultimately, it’s the eye-test, the results gathered from it and the hypothesis made that still prevail when determining who the best of the best are at their respective positions.

When speaking on world football’s top strikers today, the likes of Robert Lewandowski (Bayern Munich, Poland), Luis Suarez (Barcelona, Uruguay), Karim Benzema (Real Madrid, France), Edinson Cavani (Paris Saint-Germain, Uruguay) and Gonzalo Higuain (Juventus, Argentina) are among the first that come to mind. Each has produced to an elite standard over the course of at least five years in Europe’s top leagues, burying goal after goal at all levels, while also delivering the goods at the biggest international tournaments the world has to offer. Yet, there is one individual plying his trade in the fashion capital of the world, who, in 2017–18, may in fact break through into the conversation as one of football’s top world-beating number nines: Inter’s Mauro Icardi.

Hailing from Rosario, Argentina, Icardi started his footballing career in Spain after Barcelona, in 2007, beat Real Madrid, Valencia, Sevilla, Arsenal, and Liverpool to the punch for his coveted signature. Climbing the Catalan ranks, eventually, the Argentine moved on loan in January 2011 to Sampdoria. Over the course of an impressive six-month spell with the Blucerchiati’s Primavera side, Icardi buried goals at an alarming rate; 13 goals in 19 matches, eventually making the club’s decision to exercise a cost-effective €400.000 option in July 2011 easy on the mind. Just one full season with the Genoese outfit in 2012–13 was all it took for the budding young star to prove he worth, bagging a solid 10 goals as a Serie A debutant. Pouncing on the youngster before continental Europe learned of his limitless potential, Inter swooped in to secure his services for the 2013–14 season, agreeing on a transfer fee with Sampdoria for a friendly €6,5 million for 50% of his rights that would later become 100%.

Since scoring nine goals in his first campaign with the Nerazzurri, Icardi’s rapid ascent at the club level on the Peninsula has been nothing short of excellent. As one of the top producing forwards, the 24-year old has already accomplished quite a bit as a professional in Milano: 94 league goals, one Capocannoniere (Serie A’s Golden Boot) in 2014–15 shared with Luca Toni and the bearer of Inter’s captaincy.

So, by the look of his CV, and the abilities embedded inside his tattooed-laden body, the precociously talented Mauro Icardi should be in the conversation as one of the best hitmen in football, right?

Interisti and the passionate Ultras of the Curva Nord, though they’ve been critical of his controversial autobiography, are fully supportive of their striker, his tenacity and killer instinct to score against big opponents. Even Icardi’s harshest critics from opposing fanbases would likely put banter aside, refrain from biased opinions backed by rivalry and concede that the forward is elite. But, perhaps what’s kept Icardi from earning the same praise and glorification the likes of Lewandowski and Cavani receive is due to the Argentine’s absence from representing his country. Mauro’s exclusion from representing his nation stems from his controversial marriage with Wanda Nara, who split from Sampdoria teammate Maxi Lopez in 2013 after word spread of her affair with the Inter man. Rumours surfaced in late-2016 that Lionel Messi was behind Icardi’s absence and the reason the Nerazzurri star has been frozen out and only holds one international cap to his name. Former National Team boss Edgardo Bauza firmly denied his off-field love life factored into his decisions, though that is up for debate considering the fact Icardi’s been scoring with conviction and possesses all the means to be a mainstay for the Argentina National Team.

Finally, after more than three years, on 19 May 2017, Icardi received his long-overdue call-up to the national side by newly appointed coach Jorge Sampaoli. Better late than never I suppose.

Last October, Inter’s new owners Suning made their intentions clear: they valued their captain, and considered him the main pillar for the new era. As a result, a deal was reached to keep Icardi at the club until 2021. Included in the new contract was an astronomical buy-out clause of €110 million, which, given the going rate for young, proven goal-scorers with his prime years still ahead of him, doesn’t feel all that ridiculous to slap onto a talent like Icardi.

In 2017–18, the Serie A promises to have its best season in nearly a decade as Juventus — current six-time Scudetto champions — could have their reign threatened by the likes of Napoli, Roma or even AC Milan provided their massive summer spending spree renders the results necessary for a top finish. Though Inter’s fall from grace since winning the treble in 2010 under Jose Mourinho still follows them here in 2017, the Club has begun adding the pieces around their star man to contend for a coveted UEFA Champions League spot. Because Italy’s top league has lagged behind the Bundesliga, Premier League, and La Liga, the attention and romanticizing once associated with Serie A in the 90s has worn off over the years. However, the upcoming campaign shapes to be one of the most competitive Italian football supporters has seen in years; this bodes well for not only the league’s global reputation but also for its top stars like Mauro Icardi who will benefit greatly from the broadened audience likely to tune to -hopefully- see Serie A’s revival.

What’s prevented Icardi from receiving widespread praise as one of football’s elite strikers over the years results from factors ranging to his personal life and his non-existence on the international stage. Undisputedly, the talent — along with the numbers to support- has always been there. However, because of Inter’s shortcomings of the last five years, Serie A’s diminished global appeal outside the Peninsula, and his prolonged absence for the National Team, Icardi’s been sitting somewhere in between elite and world class. There is reason to believe this is the year will cement himself as one of the game’s top number nines. He’s the heart of an Inter side determined for domestic resurrection, and Sampaoli’s opened the door, once shut on him, to write his own history for La Albiceleste entering a World Cup year.

Opening the eyes of the world, 2017–18 will be the year Mauro Icardi breaks through on a global scale.

This post was originally published on the author’s Medium page.