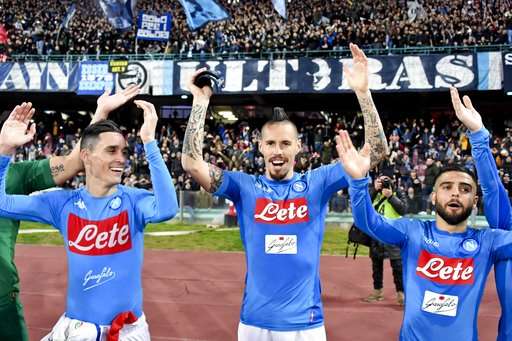 Juventus-Roma was a game with shades of familiarity. Miralem Pjanic, Mehdi Benatia, and Wojciech Szczesny went up against their former club. Juventus kept a clean sheet for the eighth game in a row. And Juventus defeated Roma 1-0 in Turin for the third season in succession.

Benatia scored the only goal of the game when he forced the ball home after Alisson had saved Giorgio Chiellini’s header and Benatia had struck the crossbar with the follow-up. On the third attempt, the ball finally went in, giving Juve an early lead they never surrendered. The game was fantastic to watch; high tempo, chances at both ends, top class players on both sides and an intriguing tactical battle between two clever coaches.

Both Allegri and Di Francesco decided to press their opponent high and used clear man-orientations in doing so. Juventus fared much better than Roma in terms of playing through the press, with Allegri identifying a few methods of breaking the press. First off, they used third man combinations to create a free man. For example, Benatia would play the ball into Pjanic who would instantly lay it off with one touch to Khedira or Matuidi. By doing this, Juventus would attract pressure from a Roma midfielder towards Pjanic which opened space for Khedira or Matuidi. A second approach was attracting pressure from Nainggolan towards Chiellini, which would open up space behind the Belgian for Matuidi and from there Juve could progress up the pitch. A third approach was overloading the left side where several Roma players would be drawn in before a quick switch into Khedira, who had stayed in his position, and the continuing of the attack towards Cuadrado in a 2 vs 1 against Kolarov. Finally, Allegri had instructed aerial balls to Mandzukic who had a clear height advantage against Florenzi and then Alex Sandro or Matuidi would attack the space behind Florenzi when Mandzukic nodded the ball on.

Roma made a decent attempt at salvaging a point with several dangerous crosses towards Dzeko and Patrik Schick had a huge chance at the end but Szczesny’s huge save put Juve six points clear of Roma who still have a game in hand.

Max Allegri continues to plan the season of his Juventus side perfectly. After having what many have described as a rather poor andata (with one game remaining of the first half), they’re one point behind Napoli ahead of the season now turning around. In the last eight games, since the loss at Sampdoria, Juve are unbeaten and haven’t even conceded a single goal. In that run, they’ve played Barcelona, Napoli, Inter and Roma. With Paulo Dybala currently out of the side, they have more weapons to unleash when the business end of the season comes around. Allegri’s side are looking likely to continue fighting it out with Napoli for the Scudetto.

Only two weeks ago, I raved about Inter’s unbeaten run and the way they looked different in the way they grinded out a draw at Juventus. After two successive defeats, however, they are now five points behind Napoli and their title hopes have dwindled. Away at Sassuolo, Matteo Politano assisted Diego Falcinelli’s headed winner to put a big dent in Inter’s title hopes.

Napoli have regained some form and came from behind twice against Sampdoria to win 3-2. Gaston Ramirez’s sublime free-kick gave the visitors the lead but Allan equalized shortly after. Fabio Quagliarella then gave Samp the lead again but quick goals from Lorenzo Insigne and Marek Hamsik earned Napoli the win. Hamsik also broke Diego Maradona’s record to become Napoli’s all-time highest goalscorer, a huge achievement by the Slovakian.

Milan continues to struggle after Atalanta delivered a huge blow to Gennaro Gattuso’s side when Bryan Cristante and Josip Ilicic continued their fine form to give the Bergamasco club a superb victory. Without the distraction of the Europa League for a few months, expect Atalanta to push on in the table.

Lazio are back in form after a strong 4-0 win against Crotone. Jordan Lukaku, Ciro Immobile, Senad Lulic and Felipe Anderson scored the goals against a battling Pitagorici. All goals came in the second half, but there was never any doubt. Simone Inzaghi’s handling of his squad is really impressive and it looks like he is bringing Anderson back from injury superbly.

Torino are so inconsistent it’s almost ridiculous. After going 2-0 up at SPAL thanks to an Iago Falque double, they surrendered their lead and eventually drew 2-2 after goals from Federico Viviani and Mirko Antenucci. They keep talking about Europe in Turin, but they’re a long way off if Sinisa Mihajlovic can’t figure out their collective defending.

Bologna won at Chievo in dramatic fashion. Mattia Destro gave Bologna the lead but Roberto Inglese equalized. Simone Verdi then scored his sixth of the season to restore Bologna’s lead but Andrea Poli’s stupid sending off gave Chievo a chance to get back into the game. They did just that when Fabrizio Cacciatore curled the ball in with his left. His joy was short though, as he slipped in the last minute which gave Destro the ball to win it for Bologna at the Bentegodi.

Davide Ballardini’s work at Genoa has been quietly efficient thus far. His side got a vital win at the bottom when Gianluca Lapadula converted a stoppage-time penalty to make it 1-0 against Benevento. Benevento have now played 18 games. They have one point, courtesy of that fantastic goal by goalkeeper Alberto Brignoli against Milan. Their performance in Serie A is a joke.

Khouma Babacar has had a tough couple of years on Fiorentina’s bench. First Nikola Kalinic and now Giovanni Simeone have performed well enough to keep the striker on the bench. Away at Cagliari though, he had a good night after scoring the only goal of the game with five minutes remaining. Fiorentina have been really good lately and look well set for the rest of the campaign

Mattia Destro scored twice to give Bologna a big win at Chievo. He needs to keep that goalscoring form going to keep pushing Bologna up the league.

Four wins in five games. A win at San Siro last weekend and now 4-0 against Hellas. Oddo is doing absolutely brilliant at Udinese.

Simply a top-class freekick from the Uruguayan.