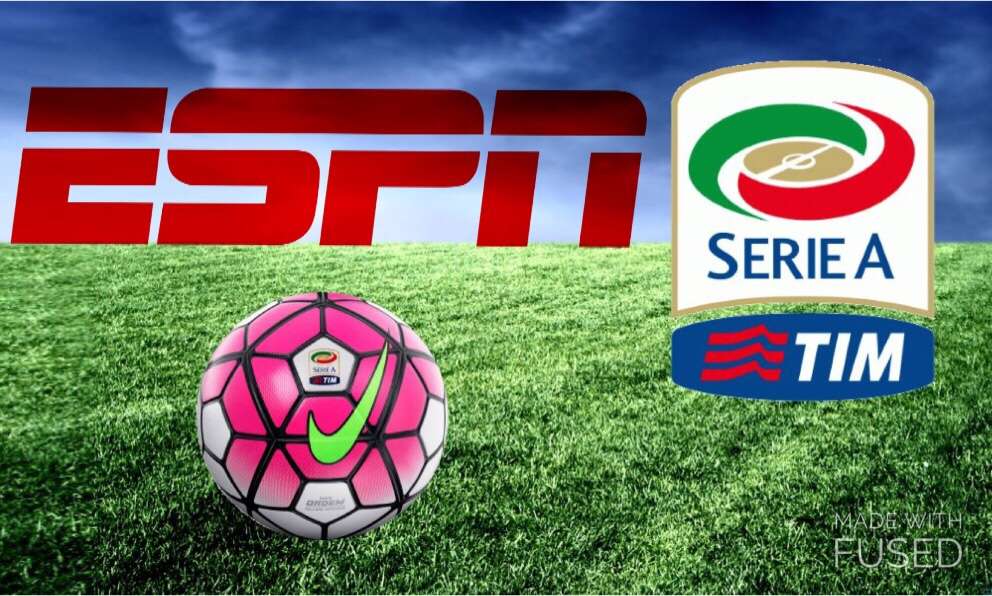 ESPN has officially announced the network has won the TV rights to Serie A in the United States in a multi-year deal.

Over 340 Serie A matches will be streamed on ESPN+, the company’s new multi-sport streaming service.

ESPN networks will televise the Serie A Match of the Week on their TV channels.

“We are extremely satisfied with the agreement, which testifies the growing importance and the international recognition of our league,” said Gaetano Miccichè, Lega Serie A President. “This agreement, together with those recently concluded, shows the value of both Serie A TIM and its champions, which will be appreciated by more than 90 million soccer fans and enthusiasts in the U.S. in the next years.”

“The addition of Italy’s Serie A TIM underscores our ambitious goal of making ESPN+ home to the world’s best soccer leagues – and an indispensable destination for fans of the sport in the United States,” added Burke Magnus, Executive Vice President, Programming and Scheduling at ESPN. “With Ronaldo’s arrival to Serie A TIM, we anticipate even more interest and exposure for this property in the seasons ahead.”

The Serie A season begins next weekend on August 18.