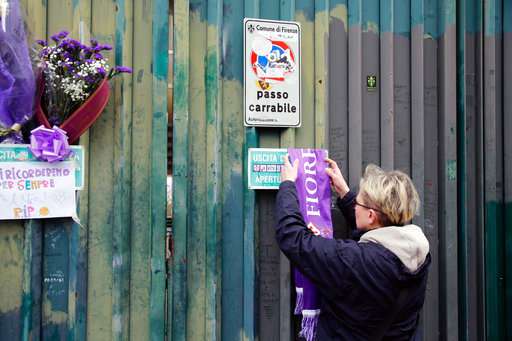 The football world has been shocked this morning by the news. Italian international Davide Astori has died at the age of 31.

“Fiorentina are heartbroken to announce that club captain Davide Astori has passed away suddenly,” the club’s official statement released this morning read. “Out of respect for Astori’s family, we ask for privacy at this tragic time.

Astori, who turned 31 in January, is survived by his wife and a two-year-old daughter.

The team captain reportedly was not at the team breakfast this morning ahead of their match vs. Udinese and was then found in his hotel room. It is believed Astori died from natural causes.

Serie A has postponed the seven games that were scheduled to be played today.

The central defender began his career with AC Milan, but after failing to break into the first team he moved to Cagliari in 2008 and made 174 appearances for the Sardinian side during a six-year spell.

Following loan stints with Roma and Fiorentina, Astori made his move to Florence permanent in 2016 – scoring three goals in 58 games.