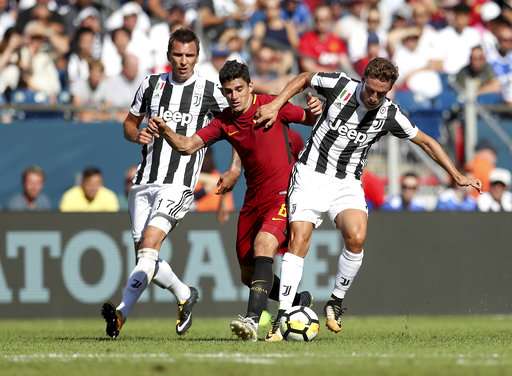 Two more Italian clubs have been added to this summer’s lineup for the International Champions Cup.

Following yesterday’s announcement of the participation of both Milanese clubs, Juventus and Roma have both been invited back to the annual event.

Both teams played in the United States last summer and faced off in Boston, in a matched decided by a penalty shootout.

The dates and locations of matches will be announced within the next week.

The International Champions Cup has become an annual event since its inception in 2013 and features club teams from Europe playing pre-season friendly matches.