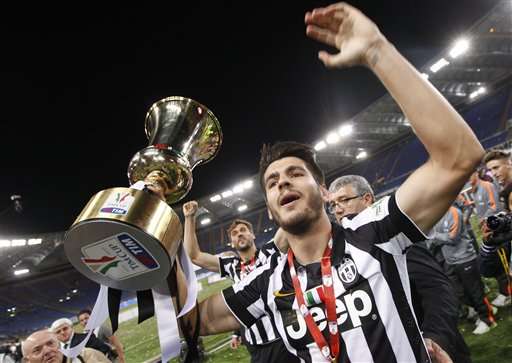 Both Romeo Agresti and Gianluca Di Marzio report that Juventus sporting director Fabio Paratici bumped into Alvaro Morata and his agent at a restaurant in Milan today.

While not the proper setting to discuss intricate details regarding the transfer market, Paratici took the opportunity to acknowledge the Bianconeri’s interest for a reunion under certain conditions.

Two days ago, Di Marzio linked Milan to the Spanish striker as well.

Goal’s correspondent Agresti adds that Juventus have not yet contacted Chelsea and that a potential deal would be difficult. Before making any decisions on the transfer market, Chelsea want to sort out their managerial situation.

Juventus are open to a possible Morata return but acknowledge the difficulty.