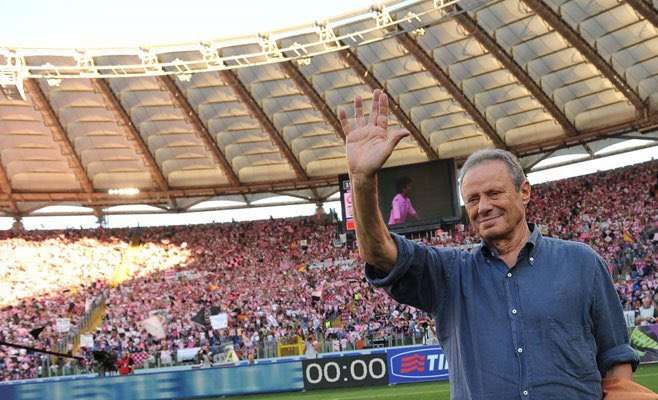 The 77-year-old businessman bought the Sicilian club in the summer of 2002. Palermo endured some of its most successful years under Zamparini, having qualified for the Europa Leauge five times between 2005 and 2012.

Palermo currently sit in first place of Serie B, hoping to return back to Italy’s top flight.

The deal was officially agreed upon for a mere sum of €10, although the new ownership will have to incur the €22.8 million debt.

Below is a letter written by Maurizio Zamparini as he departs the club after over 16 years:

“It is with a heavy heart that, with the club’s future and the Palermo fans in mind, I have agreed to hand over ownership of the club.

What we’ve managed, and sought for considerable time, is to find a partner that would be able to continue my work but with more financial firepower, and push for targets that can only be achieved with investments that, due in part to unfortunate recent legal developments in Palermo, I was no longer able to provide.

In addition to Palermo, sold for the symbolic price of €10, Mepal – the company that owns the Palermo brand – has been sold to the new owners, who commit to settling Palermo’s outstanding credit, of €22,800,000, which will be paid into the company accounts in order to guarantee healthy economic management. Meanwhile the new London-based owners will put into action, with the help of industrial associations, the necessary steps for the construction of the stadium and training centre. I have contacted the city’s mayor, who has enthusiastically promised to help as much as possible to get the project done within the shortest feasible timeframe.

I am sad about the recent incidents that I have been drawn into and which have led me to be portrayed in the media as someone I am not. I am an extremely honest, fair, socially active and generous person, as illustrated by the life I have lived.

Every time I come down to Palermo, I feel the affection and recognition of the local people. When I walk through cities across Europe, I get that same appreciation from the Palermitani that reside across the continent and the globe. I get recognition for all of the club’s sporting achievements since my arrival, which have helped forge a different image of the city, one which reflects the reality of a generous, honest population, with a culture that is millennia old. Thanks to my management, the pink and black shirts can be found in airports all over the world, and that will continue to be the case in the future.

Despite my difference as a man from the north of Italy, I have loved and continue to love your city and your customs. Every time I come back, I want to be welcomed as one of you.

With profound sadness, but with utmost affection, I say goodbye.“

Andrea Belotti to wait for Roma only till...