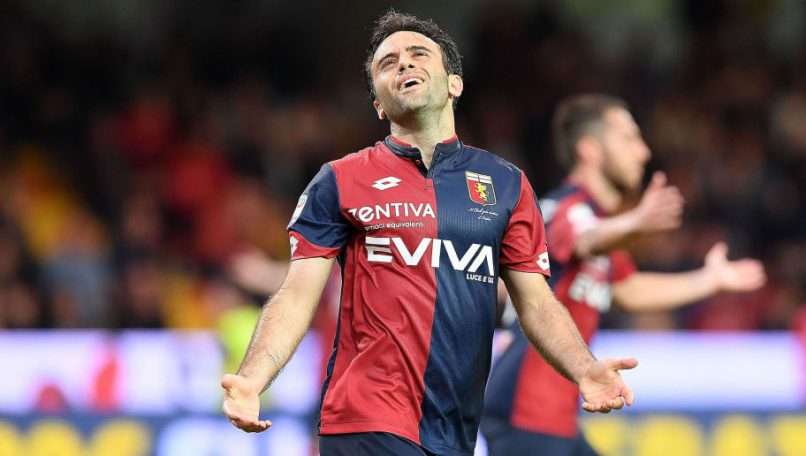 Giuseppe Rossi tested positive for dorzolamyde, a drug that can usually be found in anti-glaucoma medication, after a clash between his Genoa side and Benevento back in May.

The 31-year-old is set to face a hearing with Italy’s anti-doping agency, Nado Italia, next week on October 1. The state prosecutor is calling for a one-year ban.

Rossi has protested his innocence in a statement to the ANSA news agency. “I’ve always been clean, and this is clearly a case to be archived,” he said. “The positive test can reasonably be put down to an involuntary case of food contamination.”

Rossi was with Genoa for just a six-month period and is currently a free agent.