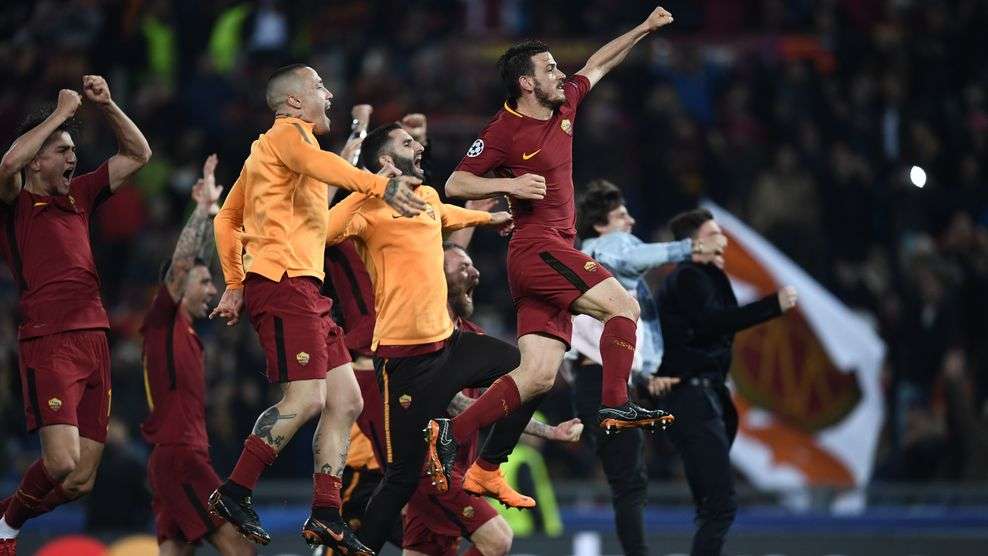 Roma completed a remarkable comeback tonight against Barcelona at the Stadio Olimpico.

After a disappointing 4-1 loss in the first leg in Spain, Roma faced an uphill battle for the second leg.

An early goal from Edin Dzeko in the 6th minute got the hosts off to a great start. Roma’s high pressing caused problems for Barcelona the entire night.

Daniele De Rossi converted a penalty in the 58th minute after Dzeko was taken down in the box, to spur on the home side.

“I don’t care about me going down in history. I care about Roma reaching the Champions League semi-final against the best team in the world, Barcelona,” Manolas told Mediaset Premium after the match.

“Of course we should believe in the Final,” head coach Eusebio Di Francesco said in his post-match conference. “Why shouldn’t we believe? We came this far and nobody expected us to do it, so of course, we should push on and aim for something more.”

The draw to determine the semi-finals will take place on Friday, April 13. This is the first time since 1984 that A.S. Roma have reached the semi-final of Europe’s top competition.