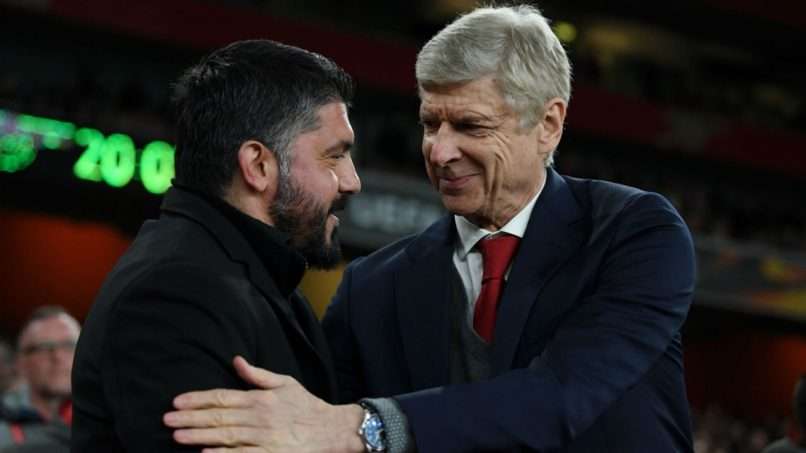 France Football is reporting that Arsene Wenger could be back on the sidelines soon.

The French tactician was a pundit for BeIN Sports for the recent World Cup after leaving Arsenal at the end of last season.

Wenger has been linked to numerous big clubs including Real Madrid, Bayern Munich, and even a potential general manager role at PSG.

But according to France Football, the 69-year-old has reportedly been in negotiations with AC Milan in recent weeks with a deal potentially being struck soon to replace Gennaro Gattuso.

The Rossoneri’s new owners, Paul and Gordon Singer, are also Arsenal fans. The situation at Milan is not dramatic but still far from the expectations of its new shareholders.