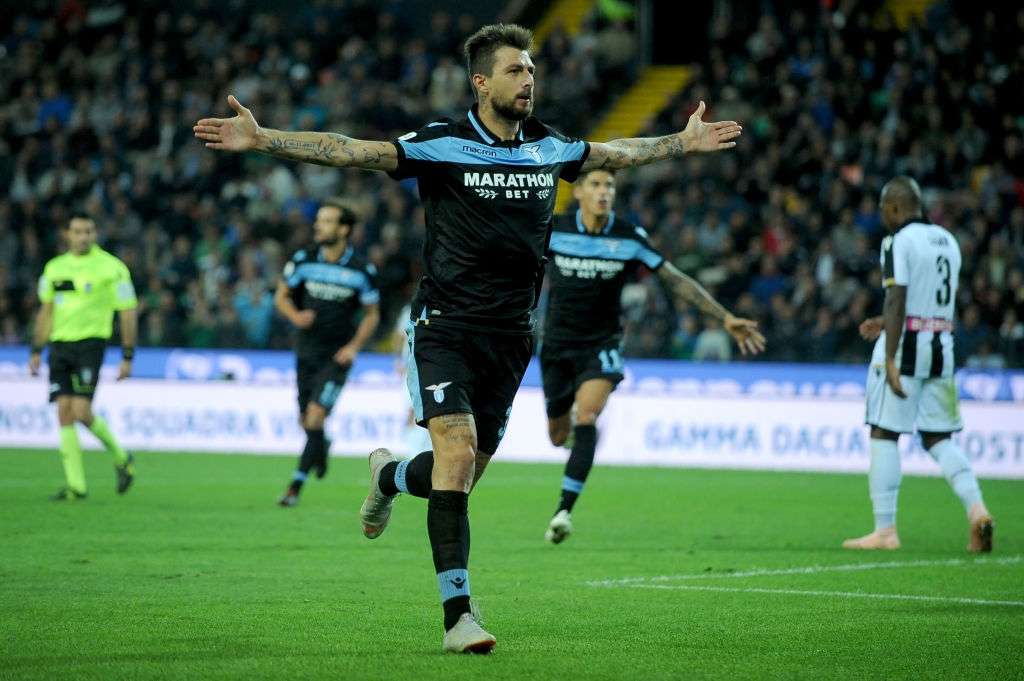 With a contract expiring at the end of the 2018/19 season – and no hope of an extension – Stefan de Vrij departed from Rome, making a switch to Inter Milan on a free transfer. A key component in the side for four seasons, Lazio were left with a huge void to fill in their back-line. As a result, the Biancocelesti were forced to take action in the summer transfer market and after what felt like the entire window, they made the much-needed acquisition, signing a defender from Unione Sportiva Sassuolo Calcio. This was Francesco Acerbi, the Italian left-footed center-half who had previously played for the likes of Pavia, Reggina, Chievo, and Milan.

Who is Francesco Acerbi?

Acerbi joined Sassuolo ahead of the 2013/14 season – the first time Sassuolo had ever earned promotion to the top-tier of Italian football. Spending five seasons with the Neroverdi, the Italian appeared in 173 matches for the club as he established himself as one of the most respected players in football. Why is this, one may ask? The then 24-year-old was diagnosed with testicular cancer in December of 2013: tragic news, the player was forced to fight for his life.

I did not want to stop playing, calcio is my passion. After my illness, I’ve realized that I don’t have time for regrets.

Now, throughout this period in his life, Acerbi always stated his desire to return to calcio and after being sidelined for 166 days, he did just that, overcoming cancer and becoming an exemplar of the phrase “never give up” with his courage and bravery.

Acquired for a fee of approximately €10 million, Laziali were initially divided on the decision to sign the player. Claudio Lotito and the club had continually stated their ambitions of making the Champions League and to do this, they needed to improve the side that they had over the 2017/18 season. If de Vrij had remained at the club, Acerbi would have been a proper addition to use alongside him, but this was not the case – Francesco was brought in as a direct replacement for the Dutchman. This raised a few question marks, especially seeing that the transfer window concluded with the club failing to sign another central defender.

Francesco Acerbi has proven to be one of the top defenders in Serie A this year; he offers consistent performances every time he steps foot onto a football pitch.

Now two-thirds of the way into the 2018/19 campaign, the opinions surrounding the Italian have strongly changed. Showing grit, desire, passion, strength, and concentration, Acerbi has proven to be one of the best defenders in Serie A, indicated by not only his call-ups to the Italian National team, but also by Opta, an international sports analytics company. The defender has appeared in every match for the Biancocelesti except one, as a result of two yellow cards picked up in Matchday 20 against Napoli. 23 domestic matches, three Coppa Italia matches, and eight Europa League matches later, his value and quality have not gone unnoticed.

This week, Lazio took on an in-form Milan in the Coppa Italia. As a result of their current injury crisis, Inzaghi selected Bastos and Patric to start in a back three formation alongside Acerbi. An unusual trio, they had the task of defending a trident of Suso to the left, Fabio Borini to the right, and Polish scoring sensation Krzysztof Piatek centrally. In a match where many had thought that the Biancocelesti would be blown out, the clash ended in a 0-0 draw with the Rossoneri looking the inferior side out of the two clubs.

Taking a look at the statistics of the match, Milan were kept to just one shot on target. For a side who had scored three goals in each of their last three games before coming to the Stadio Olimpico, this result was unusual for Gennaro Gattuso and Milanisti. What was the reason for this lack of creation and production? Although several factors will be analyzed, 31-year-old Acerbi played an important role in this. Rising to the occasion against his former club, the 31-year-old prevented Piatek from receiving the ball to create any sort of chance. He had two blocked shots and two interceptions, in addition to the most tackles (two) and aerial battles won (four of five) in the match.

If Lazio are to defeat Milan at the San Siro and move onto the final of the Coppa Italia, they will need Acerbi to continue to be a leader on and off the pitch and remain focused to prevent Gattuso’s side from breaking the lines.