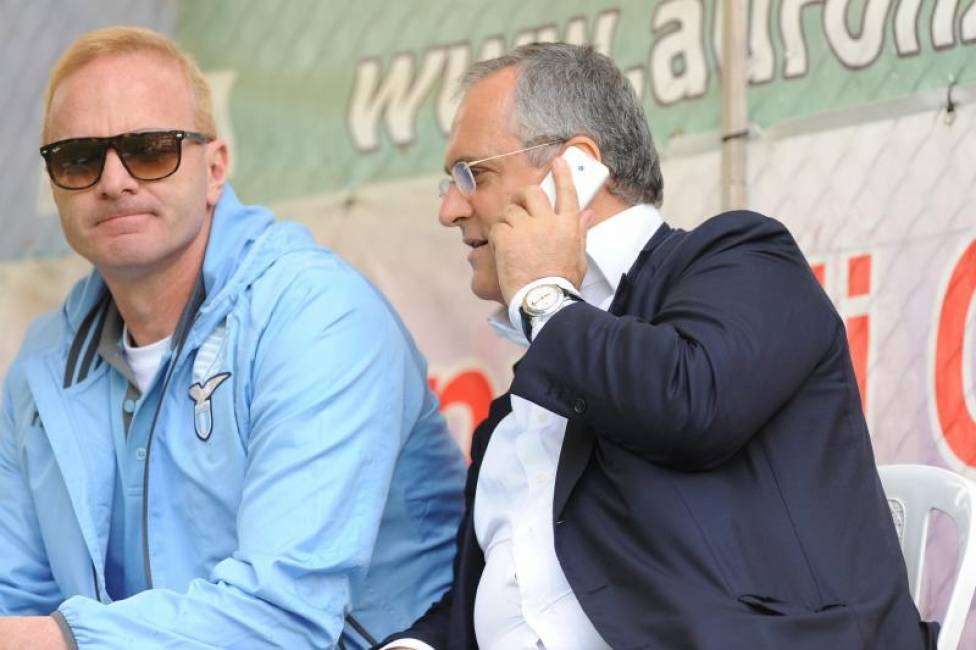 At the start of the transfer window, Lazio sat in 4th position of Serie A with a record of 9W-5-D-5L. They had obtained 32 points out of a possible 57 – certainly not the worst ranking, but not the best according to most Serie A fans and Laziali. This is because of the name they had made for themselves, winning only against the mid-lower table sides and losing against the ‘top’ sides. In addition, the performances from several key players in the starting eleven and the team overall were sub-par compared to last year. Sergej Milinkovic-Savic, Luis Alberto, and Adam Marusic had been under fire for the first half of the season for their lack of production which resulted in different alternatives being tested in their positions (all except Milinkovic-Savic who retained his spot). With this kept in mind, people expected Lazio to be very active when the January window opened. Although a decently busy month with ten players departing from the club and two players entering, Laziali did not get the ‘big name signing’ they were hoping for as the club failed to really push for anything too special.

What would have been an ideal market for Lazio in relation to arrivals? A striker, a right wing-back, and an experienced young central defender. The reasoning?

Firstly, if Immobile is sidelined with an injury, we only have one other ‘true striker’ in Felipe Caicedo and this barely holds to be true as the player himself believes that he is becoming more of a second striker at Lazio. He works best only with another attacker alongside him – as we have seen since his arrival in Rome – laying off passes and being a target man using his strength; he is not the type of player to produce several goals in a season. In his last three years, he has scored two goals in 29 matches (2016/17), six goals in 33 matches (2017/18), and two goals in 19 matches (so far this season). Now 30 years of age, Lazio need to sign a replacement for the Ecuadorian. A move for Wesley Moraes of Club Brugge has been talked about since this past summer – with his agent constantly providing updates to TheLaziali.com – and he would be the perfect addition to complement Inzaghi’s attack. The Brazilian 22-year old center forward has scored 11 goals and provided six assists in 30 appearances so far this season.

Secondly, with Marusic under performing, Patric failing to impress and really make a case for himself when given the chance, and Dusan Basta essentially excluded from the club – as he has not been included in the Serie A or Europa League squad lists – Lazio have no other players to challenge for a spot and play on the right flank. We have recently even seen Inzaghi try to play Senad Lulic (vs. Napoli) and Marco Parolo (vs. Juventus) both in the position further projecting the issue to fans and the club. Clearly, this was the main priority for Lazio over the transfer market. Chelsea’s Davide Zappacosta was targeted early on and continued to be discussed throughout the transfer window, but when the end of the window came, they failed to come to an agreement as the Premier League side’s demands were set too high.

Lastly, Lazio have had difficulties in defense for quite some time now. Looking at just the previous season, although scoring the most goals in the league (89), they also conceded the tenth most goals in the league (49). Add that to the fact that their best defender in Stefan de Vrij left on a free transfer in the summer, many expected Lazio to be bolstering their back-end – but the exact opposite occurred. Although Francesco Acerbi was brought in and has been a terrific replacement for the Dutch defender, Lazio are still stuck trying to find a starting back three. Stefan Radu on the left, Acerbi in the middle, and one of Wallace, Bastos, or Luiz Felipe on the right is the formula Inzaghi chooses from. Limited choices, especially with Radu not getting any younger, and the trio on the right side being very inconsistent.

Overall, Lazio managed to bring in two players over the month of January with both transfers occurring on the last day of the window. The first, Tiago Casasola, will stay on loan at Salernitana until the end of the season and the second, Romulo, joins the club on loan from Genoa until the end of the season with an option to buy. Casasola has been followed by Igli Tare since his arrival in Italy in 2015. The now 23-year-old has over 90 matches played in the Serie B and is capable of playing as a central defender, a right back, or right wing-back. Young and versatile, this is a player who should be able to break through the lines and push for a starting position in the near future. On the other hand, Romulo is an experienced footballer in the top flight of Italian football. 31 years of age, the Ital-Brazilian has been playing in Italy since 2011 with over 120 appearances in the league. Another versatile player, Romulo is capable of playing as a central midfielder, a right midfielder, or right wing-back.

Leading up to the transfer window, Lazio made the decision to terminate two contracts. The first, Mauricio, who had been with the club since 2015 and the second, Brayan Perea, who had been with the club since 2013. Both players had struggled to leave their mark on the Biancocelesti’s management and were not part of Inzaghi’s plans. The Brazilian had played in 40 matches in Serie A while the Colombian had played in 24 matches.

Lazio did negotiate loan transfers for seven of their players. The first two left back-to-back in somewhat of a package deal. These players are Cristiano Lombardi and Alessandro Rossi – two youth products of Lazio who transferred to the Serie B to join Venezia FC. The 23-year-old right midfield or winger was not included in any of Lazio’s squad lists for any of the competitions this season and will remain on loan until the summer of 2020, whilst the 22-year-old striker had not found the playing time that he was expecting to receive this season – after a terrific pre-season outing – and will remain on loan until this June. Under the management of Walter Zenga, this will be the perfect opportunity for both of these players to shine.

Laziali can hope and expect for a busy summer. If Simone Inzaghi’s side fails to or makes their way into the Champions League, acquisitions will need to be made to reinforce the side or replace their superstars. Ciro Immobile and Sergej Milinkovic-Savic want to be playing at the highest level, and this lack of Champions League football may be the reason for a move away from the capital.

Only one player was brought into the first team this January – which does not help with several of the key issues they are having – but I believe Lazio and Inzaghi seem to be planning on using summer recruits Valon Berisha, Riza Durmisi, and Milan Badelj more often. These players have barely seen the pitch for the Biancocelesti and will be eager to show what they are capable of.

When we look at what the club deems as its goal (Champions League), the club needed to sign multiple players to allow them to make a real push. The competition in Serie A this season is intense, and with another long half of the season to go, this lack of productivity on the market may come back to haunt them.