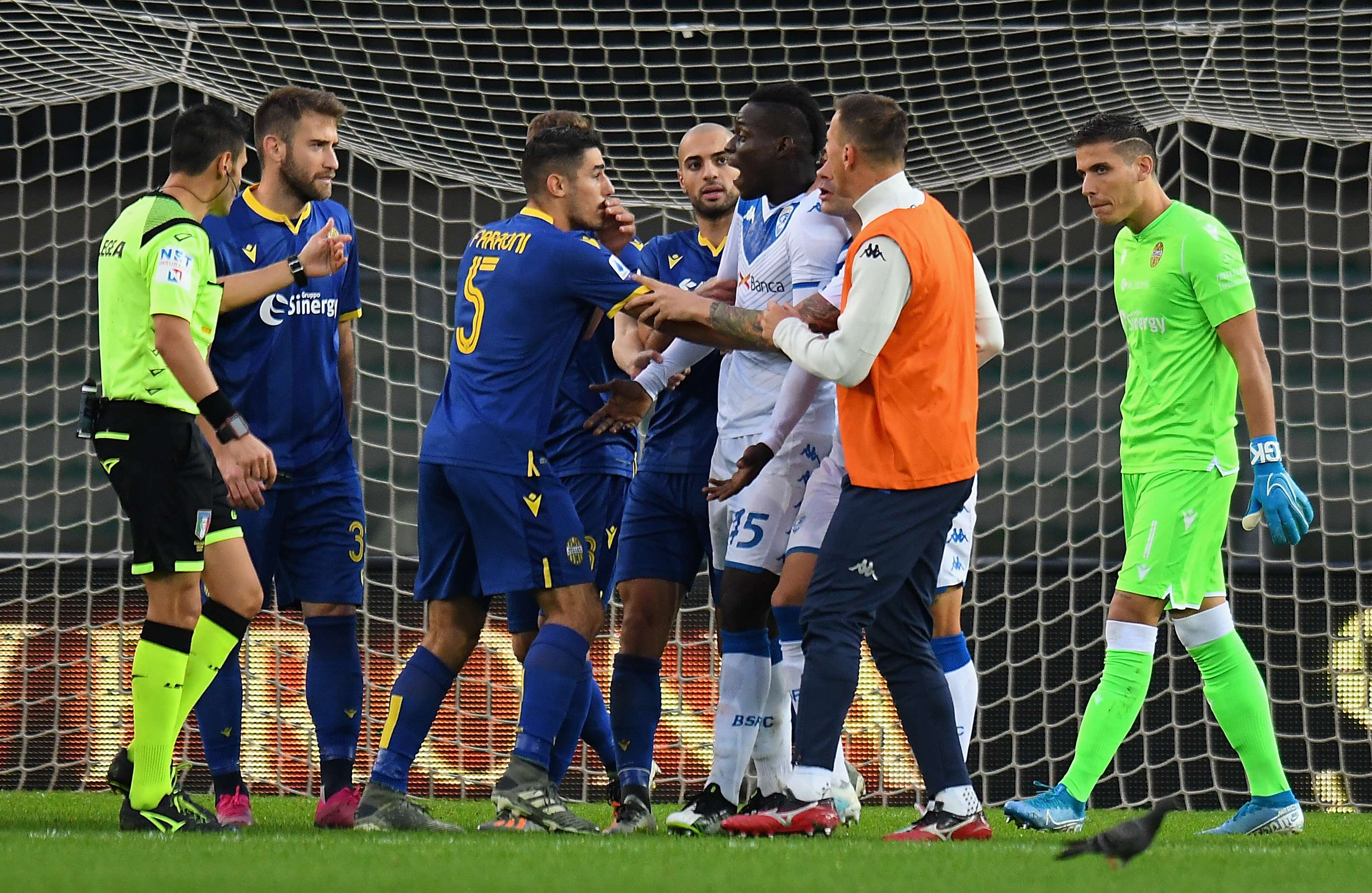 Brescia striker Mario Balotelli was the victim of racist abuse from a section of Hellas Verona supporters on Sunday afternoon.

The Italy international was visibly upset by what he heard, and kicked the ball high into the stands, before leaving the pitch and walking away towards the stands.

Balotelli was eventually persuaded by team-mates to rejoin the action and the referee followed protocol by stopping the match while a warning to those supporters responsible for the despicable chants was read over the tannoy.

Brescia went on to lose the match 2-1, but a clearly fired up Balotelli scored a consolation goal following the aforementioned incident.