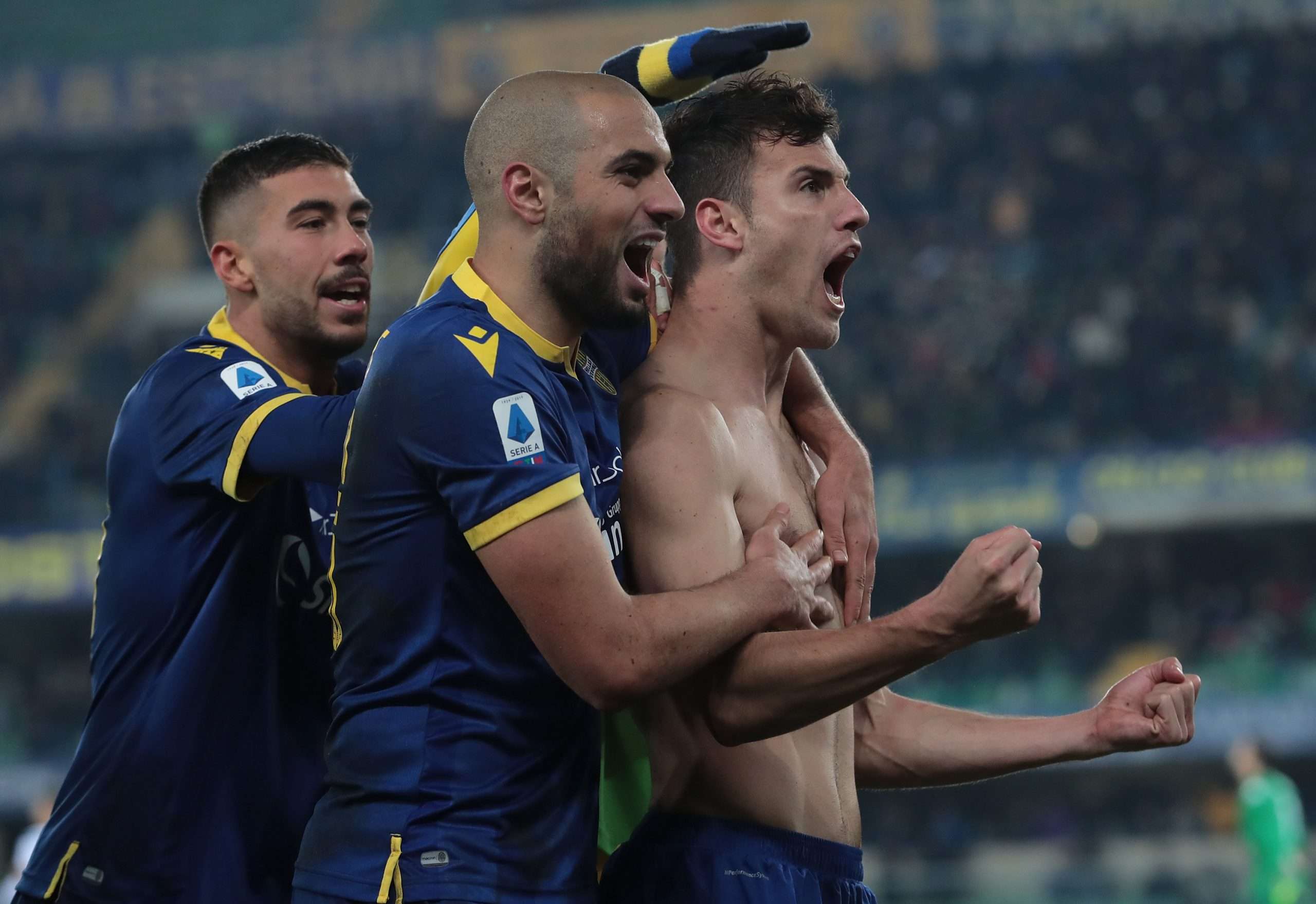 When Hellas Verona came last in Serie A back in 2017/18, they had a disastrous campaign. The team picked up just 25 points, leaving them 13 points short of safety. No side scored fewer goals than them, and only Benevento conceded more.

Having returned to the top-flight via the play-offs at the first time of asking, many were unsure as to whether Verona would be able to fare any better on this occasion. Yet instead of battling at the bottom of the table once more, the team have exceeded expectations, finishing in a highly respectable 9th place.

Let’s reflect on their highs and lows over the past 12 months, as well as which players stood out across the course of the season.

Verona entered this match in early February on the back of a seven-match unbeaten streak, which included well-earned draws away at Lazio and Milan.

Facing Juventus was expected to be a different proposition altogether, though. After a tightly-contested opening hour, Juventus went in front with 25 minutes remaining when Cristiano Ronaldo got the better of Amir Rrahmani and found the corner of the net. Juventus do not tend to surrender leads too often.

However, on this particularly Saturday evening, they did. Fabio Borini made the most of an uncharacteristic Miralem Pjanić error to draw Verona level, before Giampaolo Pazzini netted the winner from the penalty spot in the 86th minute following a handball from Leonardo Bonucci.

A stunning comeback, and Verona would go on to extend their unbeaten run to 10 games before eventually coming unstuck against Sampdoria in March.

With three games left, Verona had little to play for other than pride. Still, after holding Lazio to a goalless draw in Rome earlier in the season, they would have expected to put up more of a fight in this match. Instead, they were blown away.

It had all started well enough. Sofyan Amrabat opened the scoring from the penalty spot after 39 minutes, but Verona squandered their lead on the stroke of half time when Ciro Immobile scored a penalty of his own.

The second half could hardly have gone worse. Lazio found the net on four further occasions, with Immobile completing his hat-trick. A dismal 45 minutes that Verona will want to forget in a hurry.

Player of the Season: Sofyan Amrabat

There have been a number of notable contributions throughout the side this season. Amir Rrahmani has had a wonderful debut season in Serie A, earning him a move to Napoli this summer, whilst fellow defender Marash Kumbulla looks to be an exceptional talent, with both Inter and Lazio reportedly interested in acquiring his services.

Yet one player has stood out even more. Amrabat only joined last summer from Club Brugge, but he has played as if he has been in Italy for years. Having been paired with the experienced Miguel Veloso in midfield, Amrabat has gone from strength to strength. A proven ball-winner, he is also able to start moves, and maintains the highest standards as he seldom puts in a below-par performance.

He has been the heartbeat of the Verona side this season, and will be sorely missed now that he is joining Fiorentina ahead of the 2020/21 campaign.

Can Verona Thrive Again Next Season?

It will be difficult for Verona to hit the heights that they reached this season. Their achievements have not been overlooked by rival clubs, with Rrahmani and Amrabat already on their way, and Kumbulla’s departure appearing inevitable.

However, they do still have reasons to be optimistic. Manager Ivan Jurić signed a new three-year deal only last month, with the Croat being rewarded for a fine first season in charge. Sticking to his preferred 3-4-2-1 system, Jurić has got the side playing exactly how he wants them to, with the connection between the coach and his players clear for everyone to see.

He also still has some fine players at his disposal. Wing backs Davide Faraoni and Darko Lazović have had eye-catching campaigns down the flanks, whilst Mattia Zaccagni has impressed higher up the pitch, registering nine assists in the league.

Jurić undoubtedly has his work cut out. Losing multiple key players in one transfer window is far from ideal for a side that wants to cement their place back in the top-flight over the coming years. Yet this season has certainly taught us one thing. Verona simply cannot be written off.