FEATURE | Serie A’s Team of the Season so far 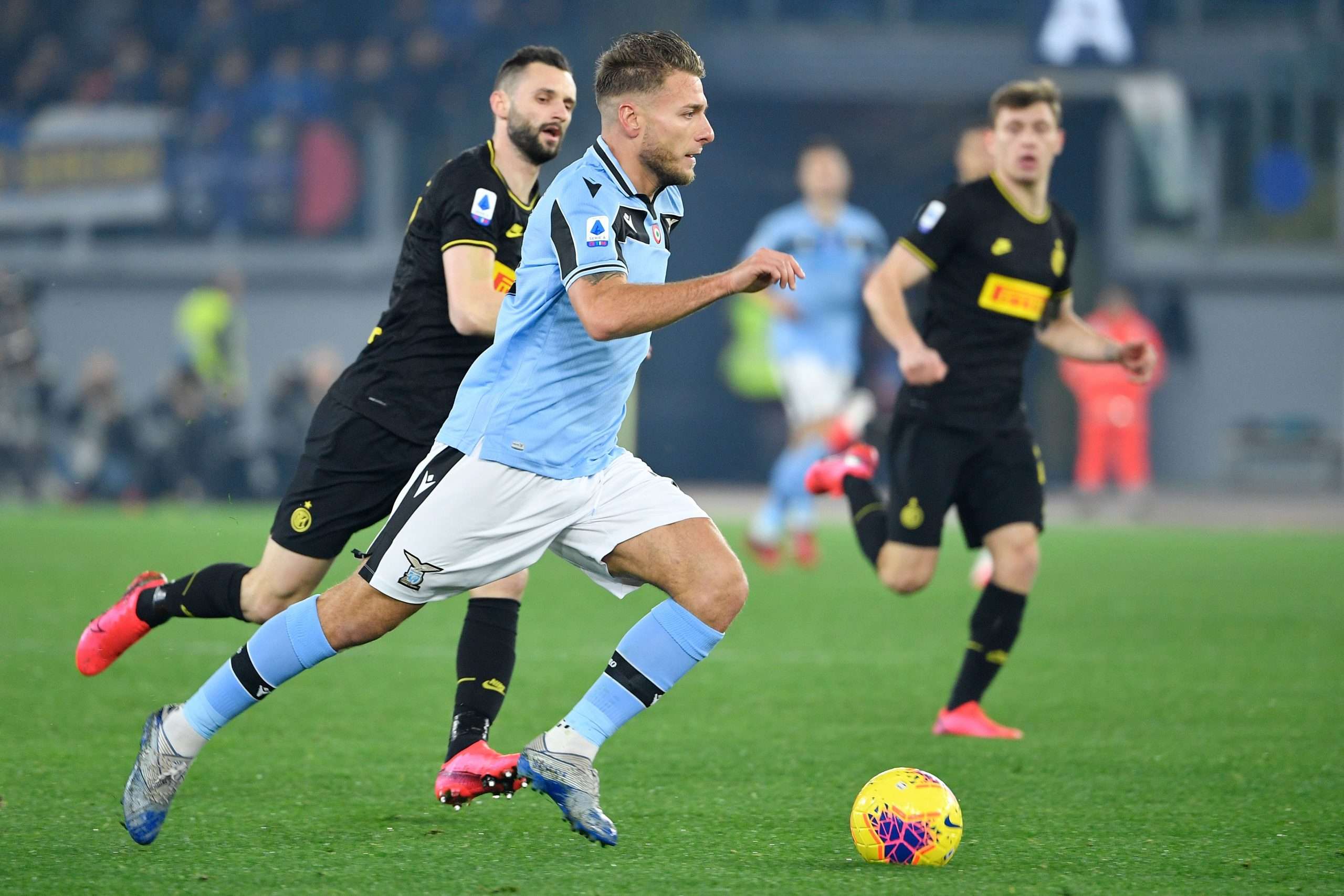 It has been an enthralling season so far in Italy, and very little has been decided going into the final third of the campaign. Juventus, Lazio and Inter remain in the title race, Napoli and Milan will still believe that they can salvage their seasons, and down at the bottom of the table Brescia and SPAL still have hope that they can avoid the drop.

Knowing that Atalanta still have 13 games to go should be enough to make any fan want to tune in when the league does resume. Yet for now, we must wait. The COVID-19 outbreak has hit the country hard, bringing football to a halt earlier this month. Still, this break now provides us with the opportunity to look back on what has gone on thus far. Here is my Team of the Season.

Serie A is blessed with a number of high-quality shot-stoppers, making this a tough decision to pick just one. In the end, it is Sepe who gets the nod. The 28-year-old struggled for opportunities when he was at Napoli, but he has flourished since joining Parma in 2018.

He offers a calming presence between the sticks, with his secure handling and ever-improving distribution. Sepe has played a key role in Parma’s fine season to date, and he should be back from his recent injury when the season gets back underway later this year.

Coming into the season there was some doubt as to where Cuadrado would fit into Maurizio Sarri’s plans. With Douglas Costa and Federico Bernardeschi appearing to be ahead of him in the pecking order on the right wing, it seemed that the Colombian may be restricted to the bench.

Instead, he has been transformed into a rock-steady full back. He has rarely been caught out defensively, and his experience as a winger means that he has been a regular threat going forward as well.

Having arrived in Milan in 2018, de Vrij’s first season at Inter was solid if unspectacular. This year he has risen to another level.

Slotting seamlessly into the central role in Antonio Conte’s back three, the Dutchman has outshone Diego Godin and Milan Škriniar this season. As well as being unflappable at the back, he has also popped up with two goals and three assists in the league, with his ability to bring the ball out of defence making him the complete defender.

An honourable mention must go to Chris Smalling, who has blossomed at Roma after a troubled final campaign at Manchester United. However, he has just been pipped to the post by cross-city rival, Acerbi.

In recent seasons, Lazio’s defence has been leaky at times, ultimately costing the side the chance to push on to challenge for the league. This year, things have changed. No side have conceded fewer goals than Lazio, and Acerbi is a major reason behind that. At 32, he continues to get better with age, as Lazio go in search of their first title in 20 years.

Gosens has had to be patient since moving to Bergamo in 2017. He originally had to play second fiddle to Leonardo Spinazzola, and was then left battling with Hans Hateboer and Timothy Castagne for a regular starting berth.

This season he has fully established himself as the first-choice wing back in Gian Piero Gasperini’s outstanding Atalanta side. With seven goals and five assists in Serie A, Gosens is attracting plenty of interest from clubs across Europe, but for now he should simply be appreciated for the role that he is playing in Atalanta’s astonishing rise.

When Amrabat joined Hellas Verona last summer he was a bit of an unknown quantity. Arriving from Club Brugge at the end of the transfer window, he started Verona’s first game on the bench, before being introduced to the action early in the second half. Within ten minutes of coming on, it was pretty evident that he would not be spending much more time as a substitute.

Amrabat has been the focal point of the side’s success this season, ensuring that the side are still in the running for a Europa League spot when the league resumes. His passing is crisp, positional sense exemplary, and he is not afraid to take the ball under pressure to start off attacks. A well-rounded midfielder who looks set to shine in Italy for years to come having agreed to move to Fiorentina in July.

Players making the jump from Serie B to the top-flight often take a little while to adapt. Then you have Castrovilli, who has made the step up look easy.

Fiorentina have had another unimpressive campaign after almost getting relegated last season, but Castrovilli has been their main shining light. From the outset, he has been a classy operator, earning his first international cap back in November 2019. With the European Championships postponed until next year, expect the 23-year-old to push on as he battles with the likes of Nicolò Barella and Stefano Sensi for a starting spot.

Those who follow Serie A closely know that Luis Alberto has been excelling in the Italian capital for a few years now. Yet coming into this season there were still question marks about whether he could produce in the big games. He has answered that question emphatically in 2019/20.

The former Liverpool midfielder scored in the Rome derby back in September, and has provided assists in wins against Milan and Juventus. With four goals and 13 assists already this season, he is enjoying a stunning campaign, as Lazio look to end Juventus’s recent domestic dominance.

If the season ended now, Iličić would have a legitimate claim for being the player of the season. He may now be 32, but the Slovenian playmaker is showing no signs of slowing down.

There are some fans who have always seemed a little slow to recognise the genius of Iličić. He can come across as lazy at times, has had niggling injuries, and been accused of being a little soft in the past. All of this left you wondering whether we might ever truly see the best of him. Now, we certainly are. He already has 15 goals and 6 assists in Serie A, and he has netted five times in the Champions League, including four away at Valencia earlier this month. Sensational numbers for a player at the peak of his powers.

Speaking of players well into their thirties who show no signs of slowing down, it’s time to talk about CR7. The Portuguese icon actually started the season a little slowly. With a knee problem hampering him, and his form uninspiring, it seemed that perhaps we were witnessing the start of his decline.

Or maybe not. Since the start of December, he has scored in all but one of the league games that he has played in, keeping Juventus just ahead of Lazio and Inter in the title race. Juventus have needed individual brilliance to get them out of some tricky situations on a number of occasions this season. Time and time again, Ronaldo is the man who produces the goods.

Romelu Lukaku can feel a little unfortunate at missing out here having enjoyed an excellent first season at Inter. Yet it is hard to ignore the numbers that Immobile has produced this season.

The Italian forward has scored 27 goals in 26 games, making him the leading scorer across Europe’s top five leagues. Admittedly, ten of his goals have come from penalties, but it is not his fault that Lazio win so many. Add in the fact that he has also provided seven assists, and it is clear that Immobile can now be viewed as an all-round complete centre forward.

Brescia owner Massimo Cellino on restarting Serie A: “If someone wants to have that damned Scudetto, let them have it”

Papu Gómez on restarting Serie A in the summer: “Football is the last thing on my mind right now”