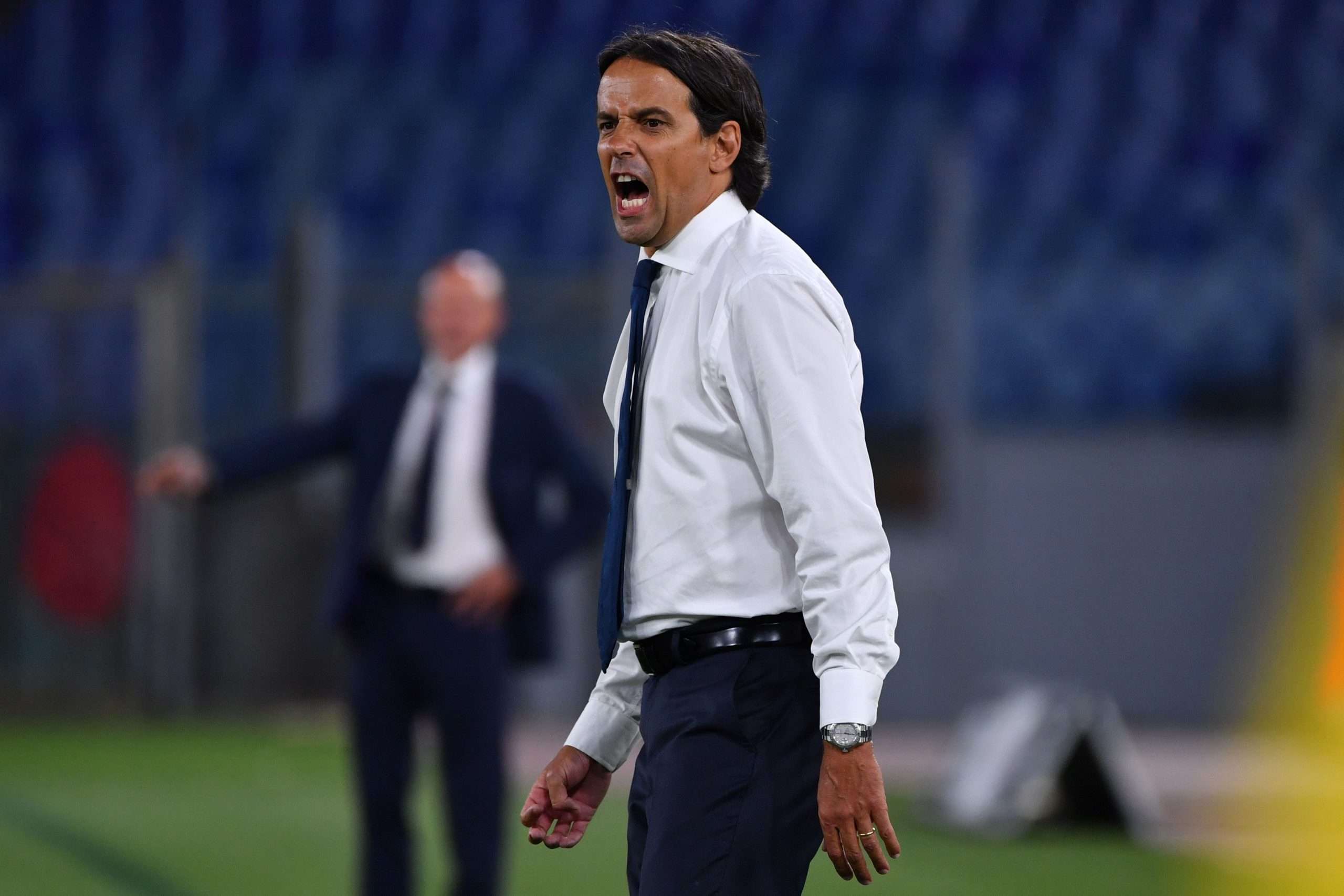 In his pre-match conference ahead of his side’s clash against Milan tomorrow night – transcribed in La Repubblica – Simone Inzaghi insisted that his current target was to qualify for the Champions League, playing down Lazio’s title ambitions for now.

With both Ciro Immobile and Felipe Caicedo suspended for the match, Inzaghi assured that his team was one that thrived in the face of adversity, and that he would be able to adapt the side in the face of this crisis in attack. The absence of the Italian striker will be a particularly big blow for the manager, with Immobile weighing in with 29 goals so far this season.

The Biancocelesti currently find themselves four points off Juventus, with an in-form Milan side – who are yet to see defeat since the restart of league football – set to play both title contenders in the coming days.

“We still need seven points to qualify for the Champions League, once we’re qualified mathematically we’ll take it from game to game. There are many variables because it’s not easy to play so many matches so soon one after the other.”

“Milan are a well organised team, with some great players and you have to be on top form when you play them. I know Pioli well, he is a great manager and is well prepared.”

“Who will play in attack? We’ve got another training session tomorrow morning, to see how Leiva and Cataldi are if they can help us out. They have a few issues but there is a great willingness. We’re used to living in an emergency in this time, but I think whatever the formation or player I think the team will have a great game.”

Juventus and Tottenham show interest in Milik, potential for swap deal with Bernardeschi or Lucas Moura