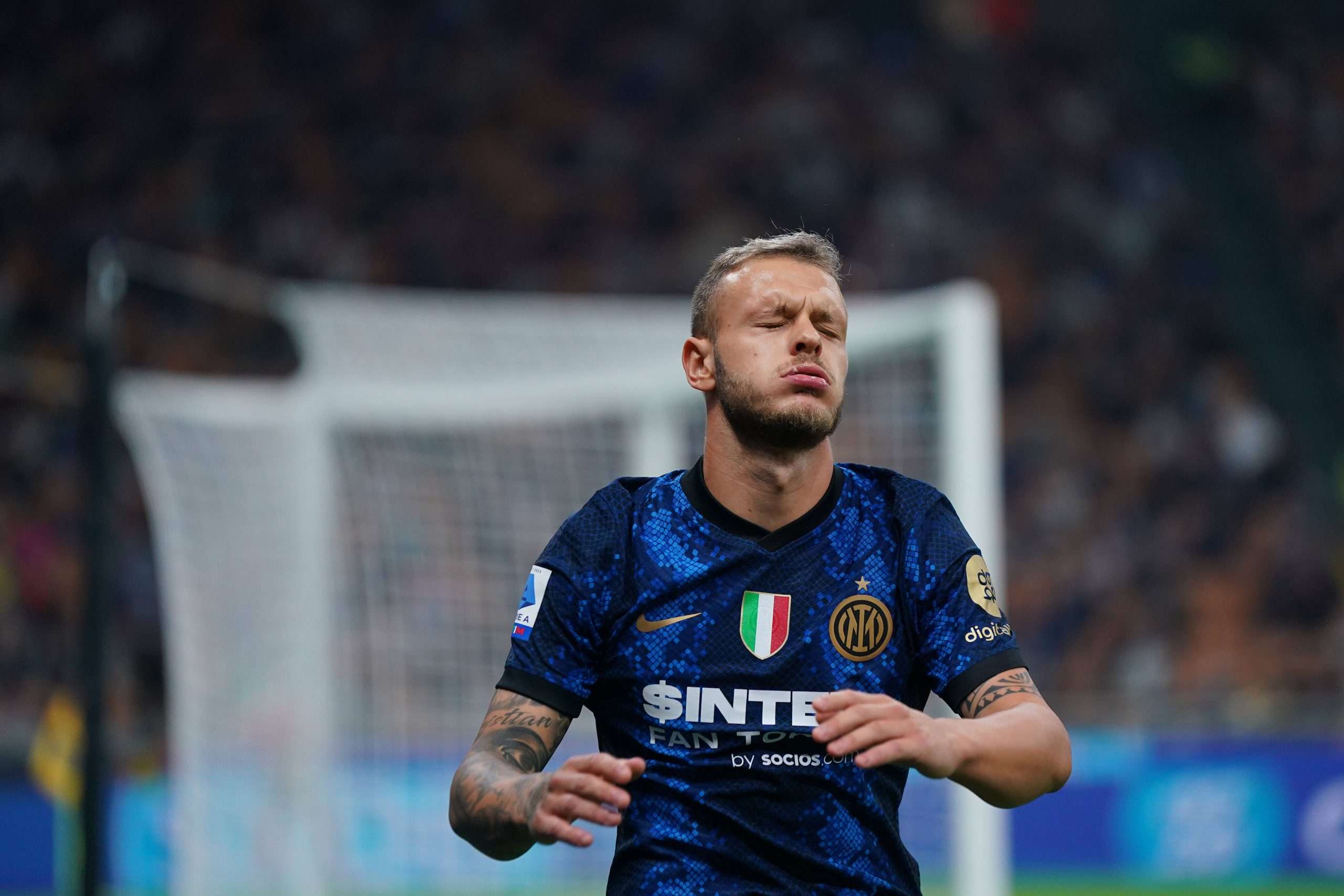 Inter defender Federico Dimarco has apologised to the club’s fans for having missed a crucial penalty against Atalanta.

La Dea gave away a penalty late in the game and after Dimarco missed it, Roberto Piccoli did score to make it 3-2. But the goal was disallowed as the ball had gone out in the build-up.

After the game, Dimarco talked to Inter TV and he discussed the penalty. The defender claimed: “I’m very sorry for the penalty, but I’m happy because my team-mates and the fans immediately cheered me up. Playing at home is an extra boost, today we played a great game and we have to keep working. For me, it is not a problem. I missed the penalty but I will continue to work to improve.”

Because of Inter’s draw, Napoli remain the only team in Serie A to have a 100 percent record and the Partenopei could go back to the top of the league by the end of the game week.