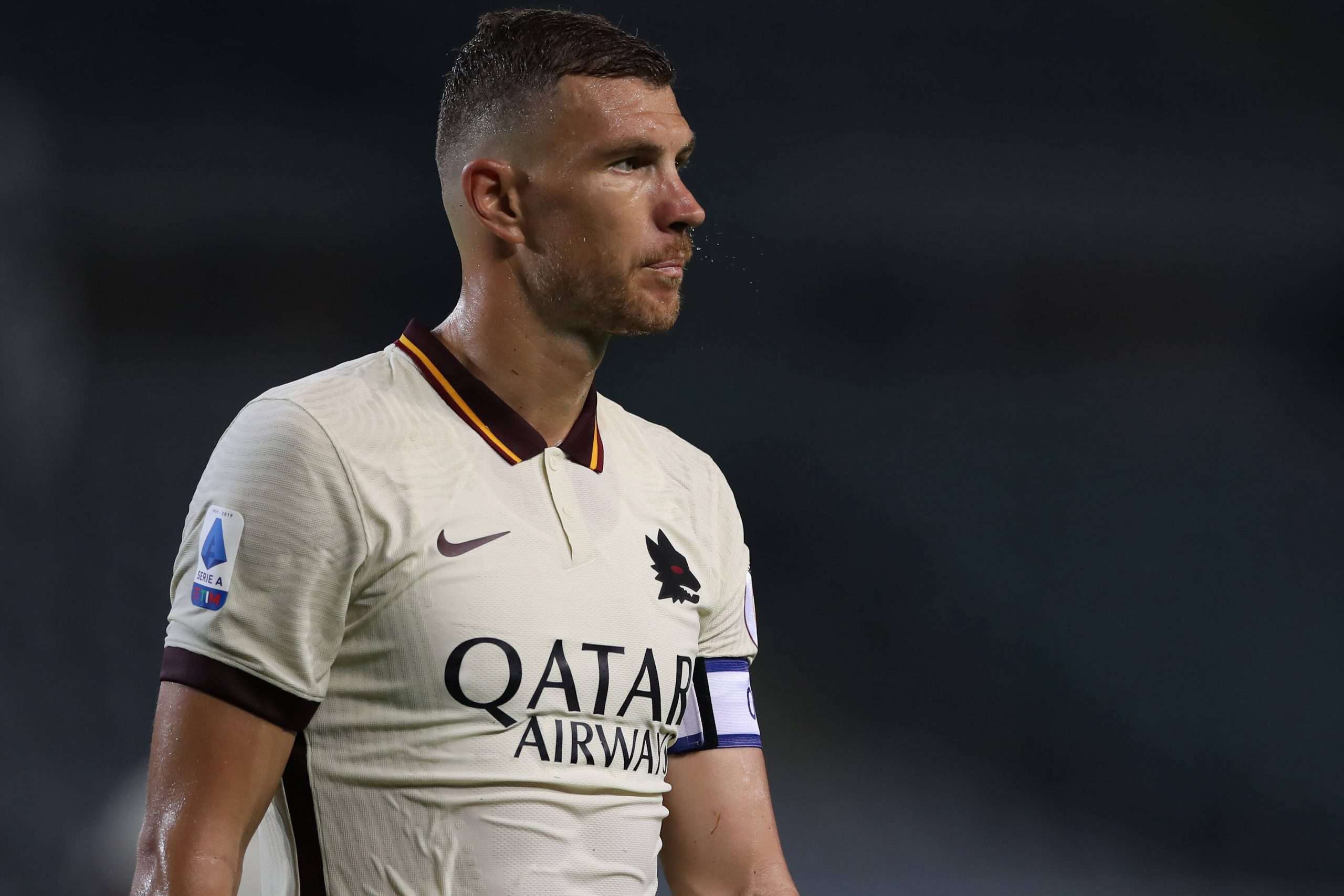 Roma striker Edin Dzeko reportedly has a verbal agreement with the club regarding a potential exit this summer, amidst strong links with a move to Inter.

Today’s edition of Corriere della Sera has stated some details about Dzeko’s situation at Roma, claiming that the Bosnian remained on the bench in the club’s chaotic friendly loss to Real Betis because of issues surrounding the transfer market. It appears as though there is a ‘very good’ chance of a move to Inter happening.

His agent Alessandro Lucci was at the Inter headquarters recently and the Nerazzurri offered a wage of €4.5 million on a two-year deal.

It has been stated that at the end of last season, Dzeko and the Giallorossi had a verbal agreement that if a club came forward to pay the right fees for him, Roma would have gladly let him go. The paper, by the looks it, expects the move to happen.