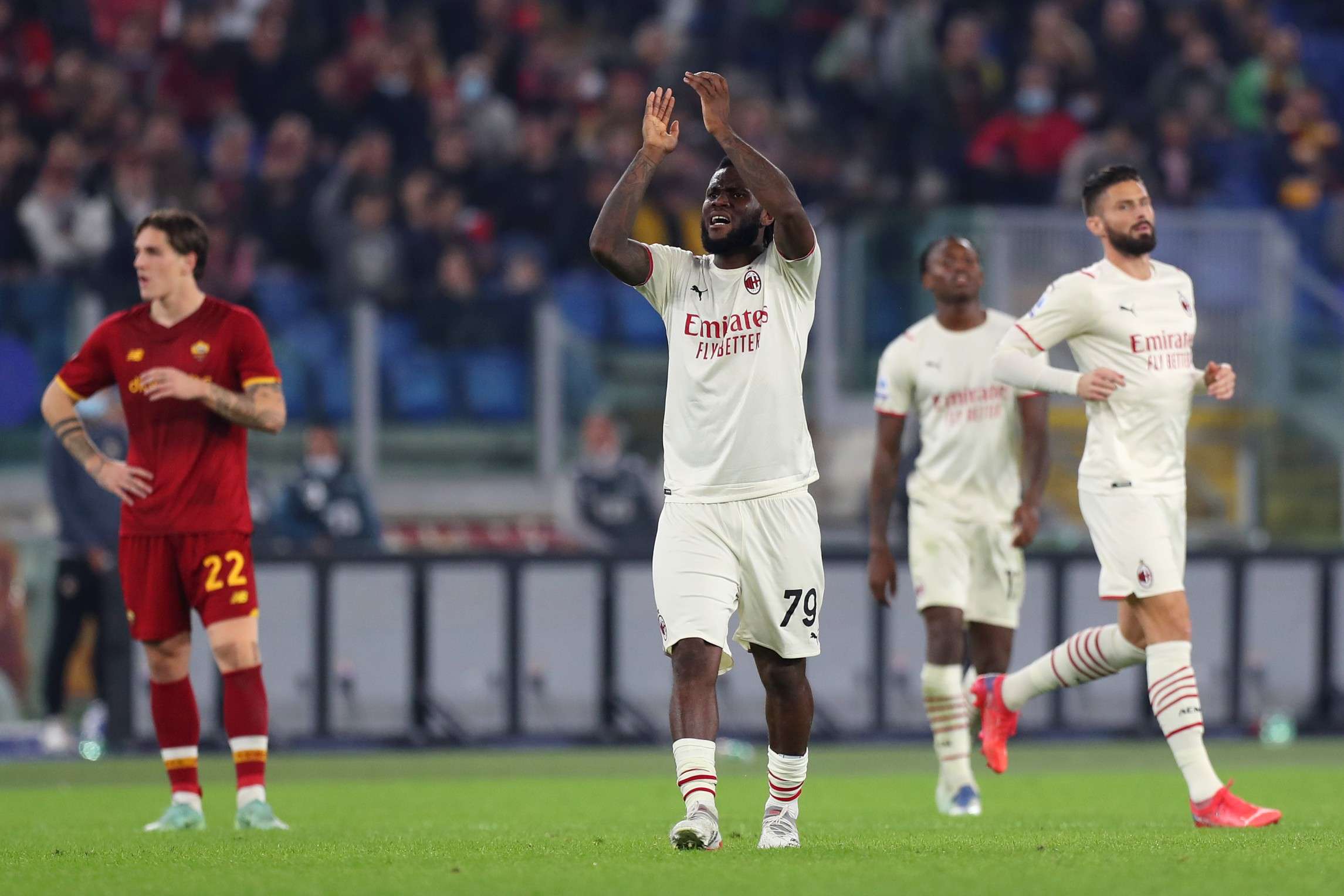 Jose Mourinho’s Roma fell to a disappointing 2-1 defeat to Stefano Pioli’s Milan at the Stadio Olimpico on Sunday in Serie A.

Milan came into the game, with the pressure of having to keep up with Napoli, who had nicked a 1-0 win over Salernitana just some minutes ago. Zlatan Ibrahimovic started upfront for the Rossoneri, with Franck Kessie and Ismael Bennacer starting in midfield.

The misfiring Tammy Abraham came face to face with his former Chelsea teammate Fikayo Tomori too.

After Rafael Leao was brought down on the edge of the box, Ibrahimovic slammed a free-kick past Rui Patricio to hand the Rossoneri a lead in the first half. While the Swede did find the back of the net once again in the second half after being put through by Simon Kjaer, he was judged to have been offside.

But Milan’s second came in the 57th minute and that involved Ibrahimovic too, as the ex-Man Utd striker was brought down by Roger Ibanez in the box. While the contact was minimal, the penalty was given after a VAR check and Kessie converted it.

A little less than ten minutes later, Theo Hernandez was sent off for a second bookable offence, allowing Roma a chance to get something out of the game.

Roma did capitalise towards the end, as Stephan El Shaarawy scored against his former club when the Giallorossi piled on the pressure in stoppage time. Carles Perez had a curler saved by Ciprian Tatarusanu, but controversy ensued at the very end.

Simon Kjaer appeared to have kicked Lorenzo Pellegrini in the box, but the goal was not judged to have been a penalty, when a similar incident involving Denzel Dumfries had handed Juventus a penalty against Inter.

Milan now remain second in the league and are level on points with Napoli, while Roma remain fourth, having won two out of their last five games in Serie A.

Roma boss Mourinho on Milan loss: “If I speak, they will disqualify me.”