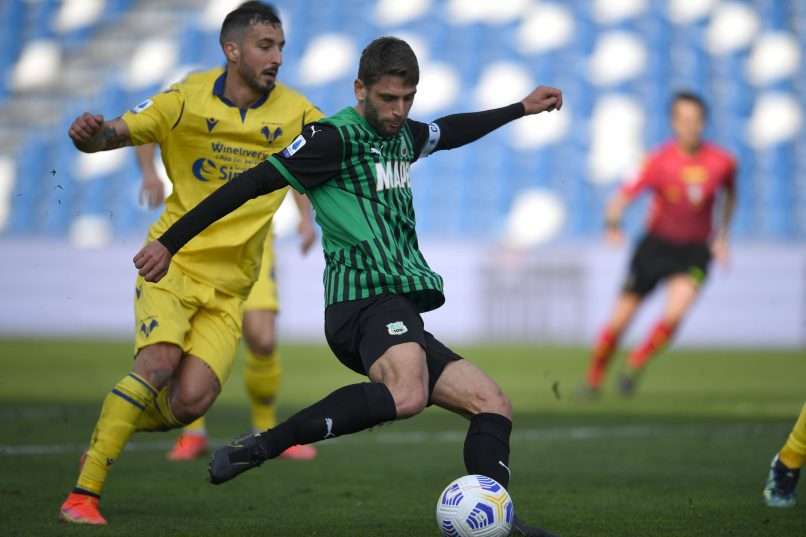 Sassuolo CEO Giovanni Carnevali has recently stated that in-demand winger Domenico Berardi has a higher value to the club than Manuel Locatelli.

Carnevali was talking to Corriere della Sera recently and he gave his views on rumours surrounding Berardi asking for a transfer away from the Neroverdi. The report claims that the Euro 2020 winner has asked his agents to seek a move this summer.

Talking about this, Carnevali said: “We will not consider any negotiations in any case. It took us two months to sell Locatelli to Juventus for €37.5 million, and now there are less than fifteen days to go until the transfer market shuts. In any case Berardi has an even higher economic value for us.”

The outlet goes on to claim that the club’s asking price stands at €40 million.