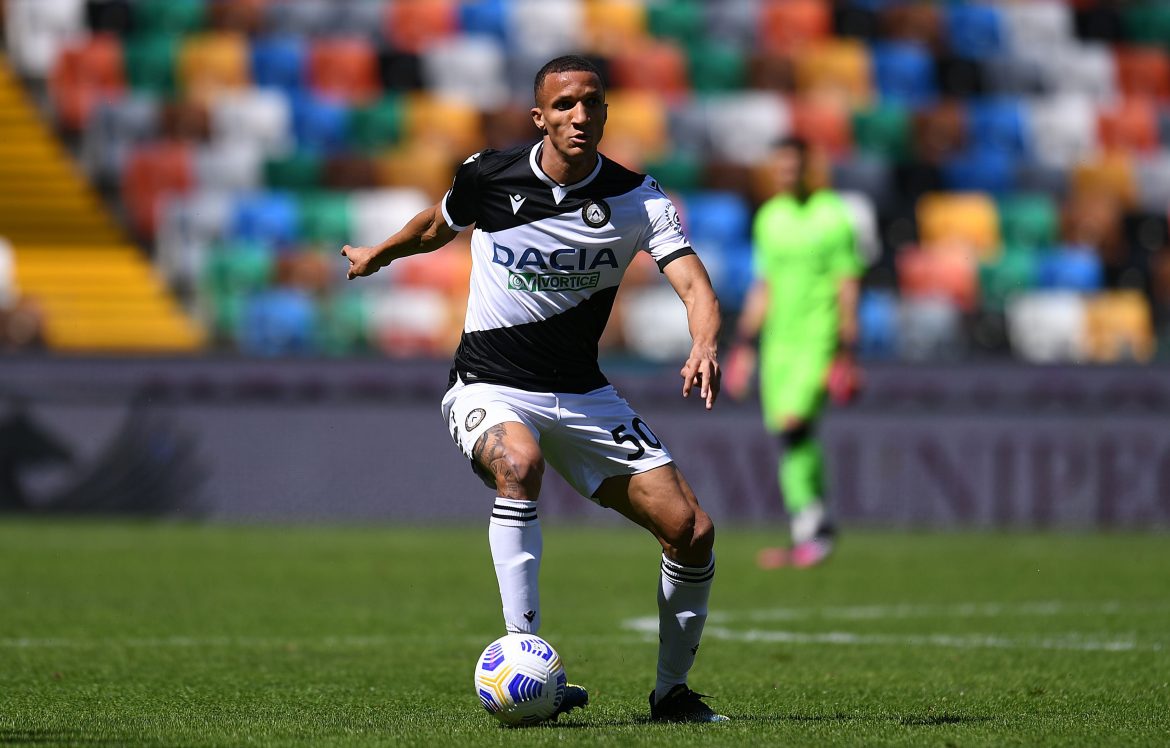 Udinese are locked in negotiations with Everton for Rodrigo Becão. The centre-back played a significant in the team’s defence last season.

As reported by journalist Gianluca Di Marzio, Everton are currently negotiating a deal with Udinese for Rodrigo Becão.

However, the report believes that there is still distance between the two parties involved in the aforementioned negotiation. The ongoing talks are not close to finding an agreement yet.

Surviving relegation by a close margin in the Premier League last season, Everton are willing to reinvigorate their rearguard and have subsequently identified Becão as a potential target this summer.

Under the stewardship of Frank Lampard, the English club aspires to get back to the top half of the Premier League. Strengthening the defence that conceded 66 goals from 38 matches in the league thus remains a priority for The Toffees.

Becão joined the Udine club back in the summer of 2019 and has since made 102 appearances in all competitions for the Italian club. He is bound to Udinese’s contract until June 2024.