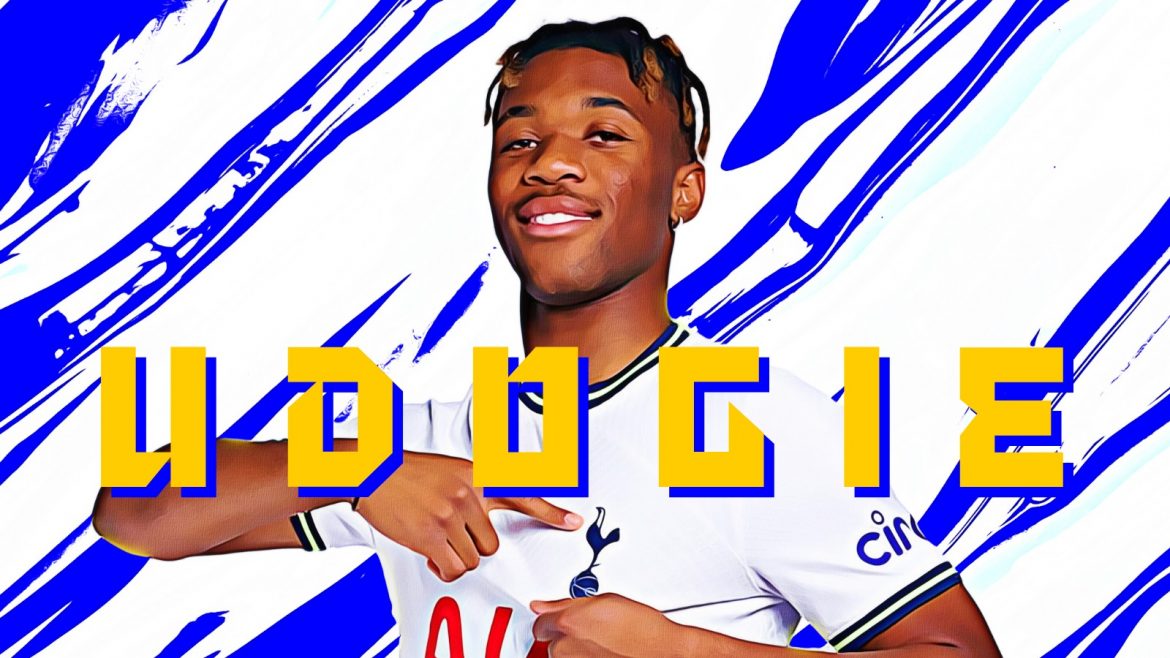 Destiny Udogie is only some months away from joining Tottenham and he has made a mark in his ongoing loan spell at Udinese. Abdulmalik Fawwaz looks at the teenager’s excellent season…

Since the evolution of Italian football, the number of Nigerian descents that have graced the first division league in Italy are very few and far in between. In recent times, Tammy Abraham set the pace; announcing himself in Serie A, and Fikayo Tomori followed suit – both of whom are of Nigerian descent. Now it is time for another Nigerian-breed in Destiny Udogie to thread similar path. The teenage sensation is hitting his stride at the elite levels of Italian football.

Having joined Premier League side Tottenham Hotspur on a five-year deal during the summer from Udinese, the 19-year-old Udogie was loaned back to the Italian outfit with immediate effect in a bid to facilitate his development for a further season.

Returning to Udinese on loan, Udogie has so far been a menace in the ongoing Serie A season. Not only has he cemented his preferred left wing-back position at Le Zebrette’s lineup but he has also racked up three goals contribution, having played a pivotal role in Udinese’s seemingly bright start to life this campaign as they sit sixth in standings with 21 points from 11 games.

This preceded his awe-inspiring display last campaign where he notched up five goals and four assists in 35 appearances for the Andrea Sottil-managed side. His mouthwatering performances in the previous season caught the eyes of footballing giants including Juventus, Manchester City and Tottenham – to mention a few among the clubs that were attracted to the wealth of talent embedded in the youngster. The 19-year-old wingback has however continued to ride on the crest of wave of success in Italy with his brilliant start to the 2022/23 season, being a replica of the tremendous feat he attained a year ago.

Rising through the youth ranks at Hellas Verona to unleashing his potential at Udinese, the Italian-Nigerian wonderkid has come far in his journey to prominence. He made his maiden appearance in the Serie A in a pulsating 2-2 draw between his boyhood club and Milan at the age of 17 before joining Udinese on a season long loan with an obligation to buy in the summer of 2021. His remarkable debut season at Le Zebrette earned him many plaudits and admiration across Europe. Hence, necessitating the prompt activation of his release clause from Hellas Verona.

Top notch will be a nice way to put it. All round phenomenal will be a more suitable delineation of the qualities ingrained in the Italian full back. As a left-footed wingback, Udogie possesses exceptional attacking and defending skillset. His completion of 16.64 pressures and 2.73 tackles per 90 last season underscores his efficacy in defense for a defender in his age bracket. Added to that, he has the ability to instigate ferocious attacks, much thanks to his dribbling skills as he plays through the flank to launch balls into opposition box or cuts inside to carve out spaces for a direct attempt on goal. Little wonder he ranked among the top 3% for non-penalty goals per 90 when compared with fullbacks in Europe’s top five leagues this season while averaging a 2.14 shot-creating action per 90 in his breakout season in Serie A.

The Hellas Verona academy graduate is doing himself a world of good. He is continually maximizing his chances at Udinese to showcase the amazing skillset that he has. First, he is convincing Andrea Sottil of his capabilities to manhandle the left wingback role effectively and he is demonstrating his eagerness to become the perfect left wing-back replacement at Tottenham in the long run. Should he achieve consistency in his current form, there is a likelihood of his inclusion in Antonio Conte’s squad against the next Premier League season.

Man who stabbed Pablo Mari: “I saw a footballer and I stabbed out of envy”