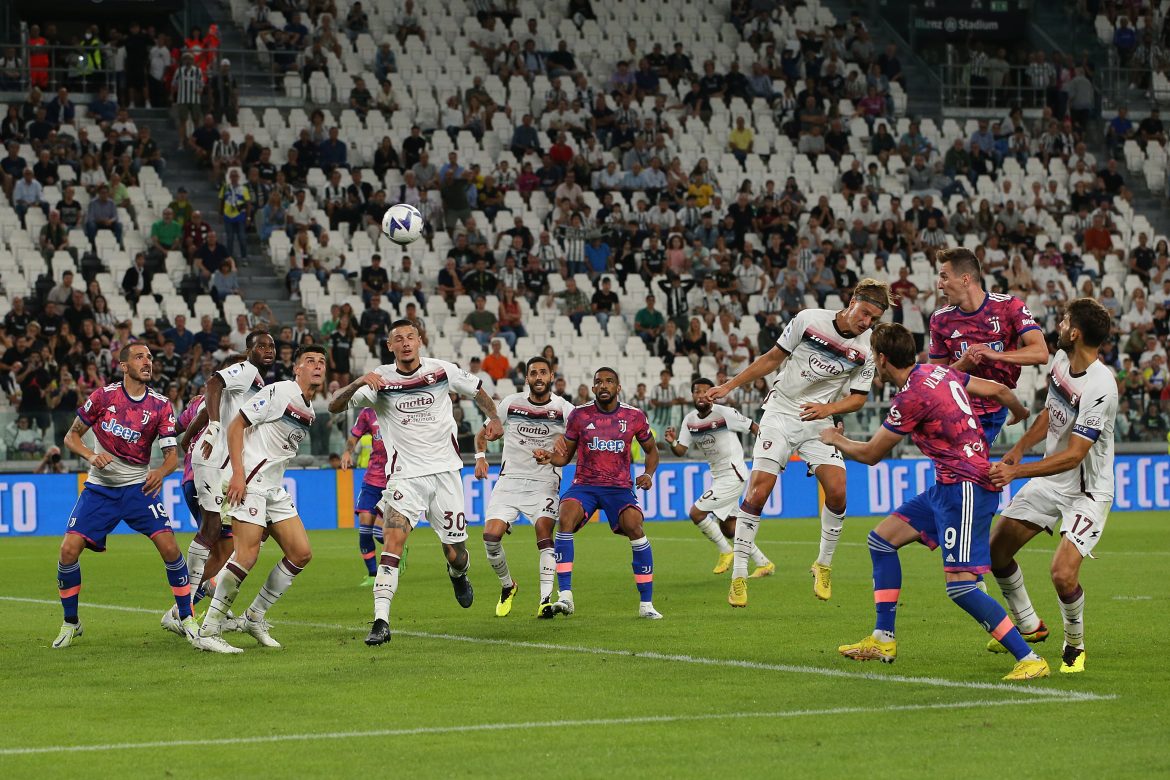 Former referee Ezio Morina believes that since the Calciopoli scandal, Juventus have always been the underdogs during referee controversies.

The Bianconeri were involved in a controversy recently against Salernitana, as Arek Milik’s very late winner was disallowed as Leonardo Bonucci was said to be in an offside position. Scuffles followed and four red cards were dished out, but replays later revealed that Antonio Candreva was playing everyone onside.

Morino recently spoke to Mirko di Natale from TuttoJuve and he gave his views about the disallowed Milik goal against Salernitana.

He stated: “Bonucci does not bother anyone. On the contrary, if we look closely at the action, his shirt is being lifted and held by the opponent. He tries precisely to free himself from the grip and in no way obstructs the goalkeeper’s view. His position is absolutely irrelevant.”

Morino also gave his views about the fact that Candreva was playing every Juve player onside but the VAR somehow didn’t see that at all.

“Perhaps this comes from personal experience, but last night at the stadium I immediately noticed the mistake. But when Cuadrado takes the corner with Candreva in front, how can he be offside? The Var has forgotten the player from Salernitana and didn’t take it into consideration at all. Absurd. “

The former referee also believes that because of Calciopoli, referees often fear about giving a valid decision in favour of Juventus as they will be accused of a bias.

He stated: “After Calciopoli, the decisions are always taken against Juventus. The referee, however very young, fears he is the one who favors Juventus. Since 2006, we have seen it in many situations, it is not controversy but a mere and objective fact “.