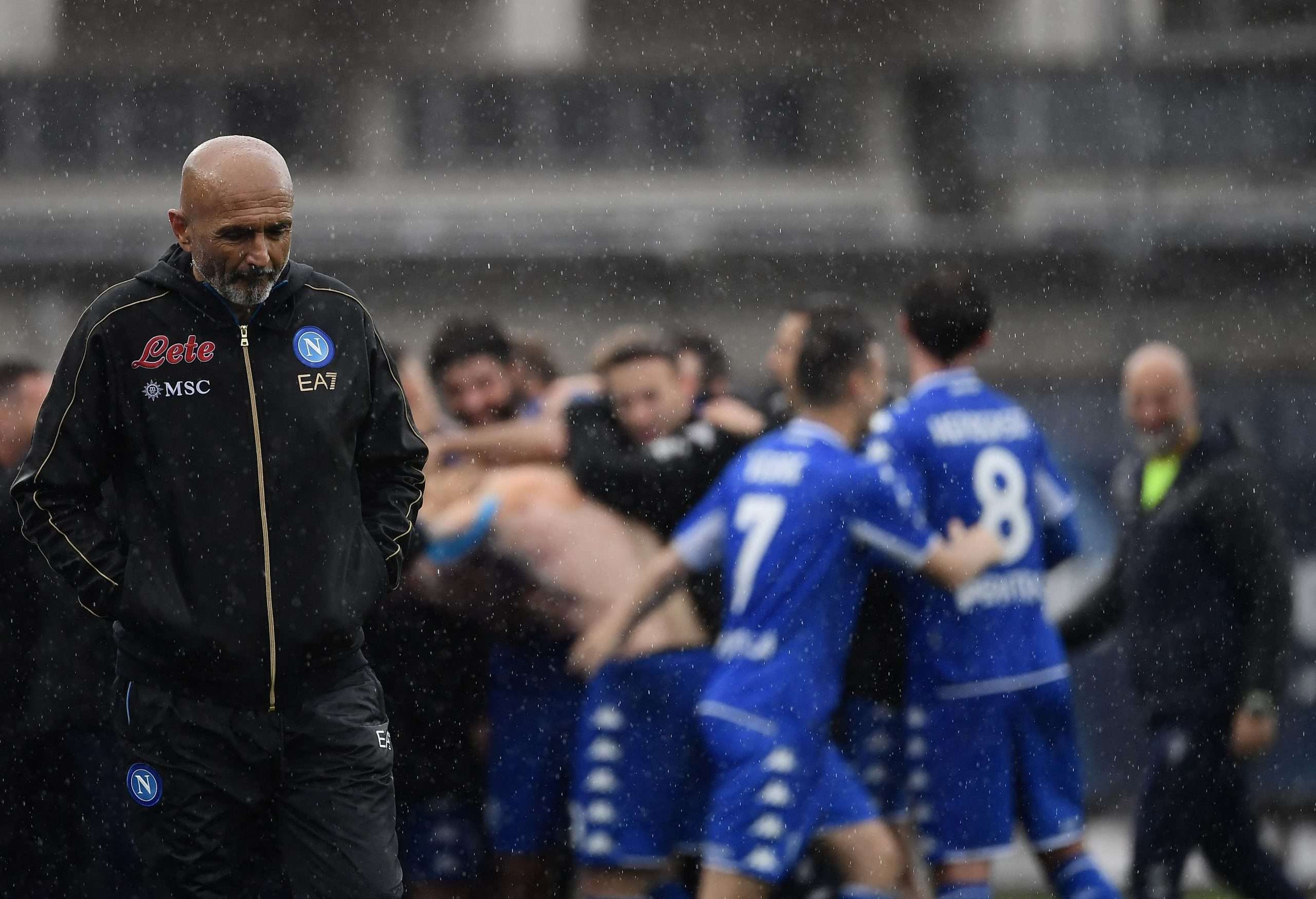 There were high tensions in the Napoli dressing room, following the club’s Serie A loss to Empoli yesterday.

The Partenopei were 2-0 up in the 80th minute of the tie but found themselves 3-2 down at stoppage time. They are now seven points behind league leaders Milan and their hopes of a Scudetto have been all but extinguished.

La Gazzetta dello Sport report about high tensions post-Empoli. Victor Osimhen was angry with some Napoli fans and he had nearly gone into the stands to argue but he was stopped by Juan Jesus. Dries Mertens and Lorenzo Insigne applauded the fans, who made their displeasure clear.

The team then boarded a chartered train to Naples, with headphones on to isolate themselves. Some Empoli fans did tease them at the station but no attention was paid. While the club made it clear that they want to do a retreat right away, Luciano Spalletti wanted to give the players a day free before doing that.