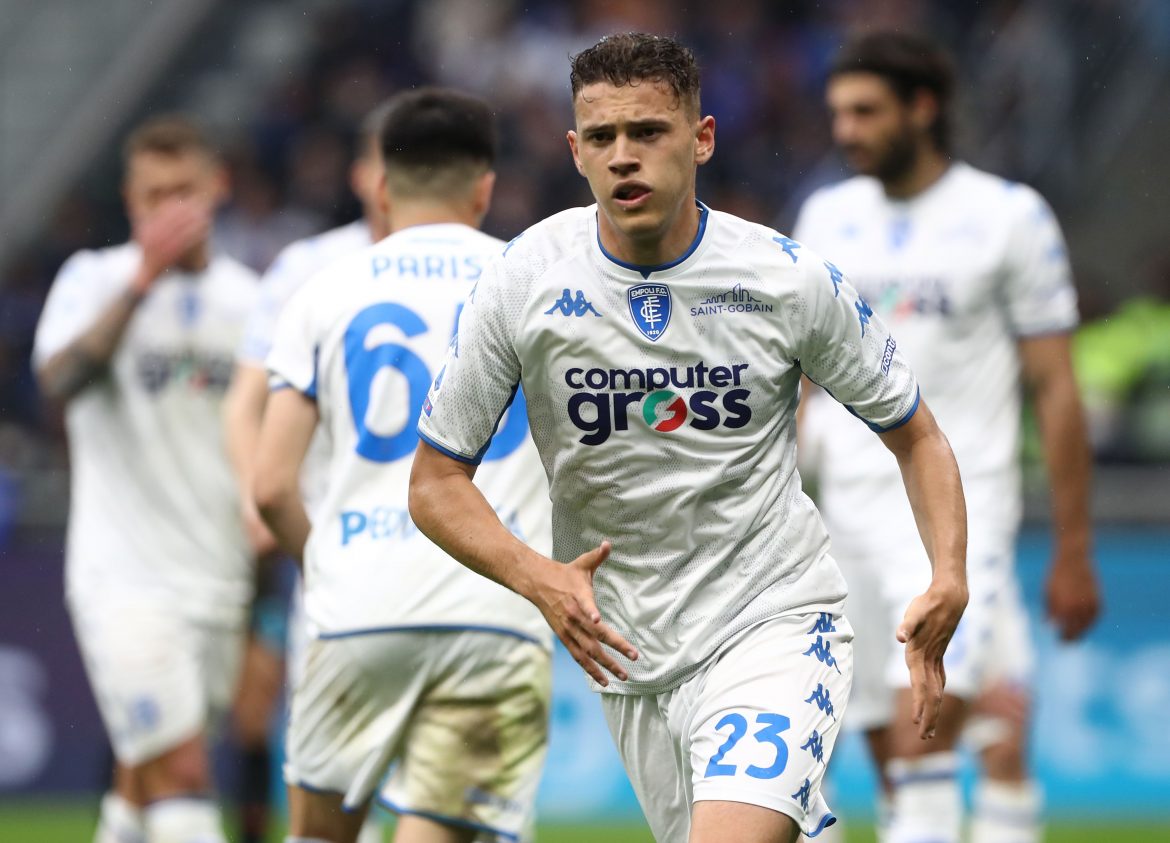 Inter are very close to sealing the signing of Empoli midfielder Kristjan Asllani.

Firenze Viola have reported about the situation of Asllani, claiming that Fiorentina saw the midfielder as a potential option to replace Lucas Torreira, who is yet to join La Viola on a permanent basis after his loan spell from Arsenal ended. But the midfielder has rejected the move to join Fiorentina.

Inter moved well in advance for the player and he is said to be just one step away from signing for the Nerazzurri this summer. It is stated that tomorrow could be an important day in the player’s move to Inter.

Simone Inzaghi wants Inter to sign a back-up option for Marcelo Brozovic this summer and Asllani would be that player and tomorrow could see a closure of the deal. The midfielder impressed for Empoli after Samuele Ricci left for Torino in the January transfer window.

Inter have also been heavily linked with a move for Paulo Dybala in recent weeks.