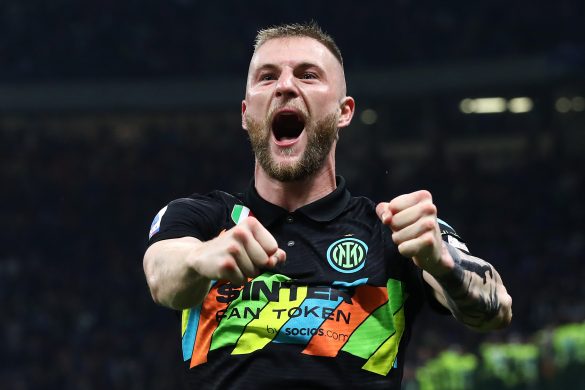 Paris Saint-Germain were keen on signing Milan Škriniar from Inter in the summer transfer window. But with Inter president Steven Zhang scrapping a transfer for the defender, Škriniar stayed put at the Italian side.

However, journalist Alfredo Pedullà, via his column in La Gazzetta dello Sport, suggests that Inter will either have to tie Škriniar with a contract renewal or need to sell him for a reasonable price in the upcoming January transfer window.

As things stand, the 27-year-old has a contract with the Nerazzurri until June 2023, meaning that he will be available for free next summer if the coveted renewal doesn’t arrive in time.

In the summer, PSG were set to offer the Slovakia international an annual salary of €9 million (including bonuses). As such, Pedullà’s report indicates that if Inter want Škriniar to pen a renewal, they will have to at least table an offer of €6 million per season for the centre-back.

Otherwise, they might have to sell him for a transfer of around €20 million in the winter transfer window. Nevertheless, it is understood that they would not get more than €25 million from Škriniar’s potential sale in January as the player’s contract runs out in the next few months.

It is reportedly possible that Inter make their next move within the first 10 days of October as the contact between the player’s entourage and the Inter management remains alive.