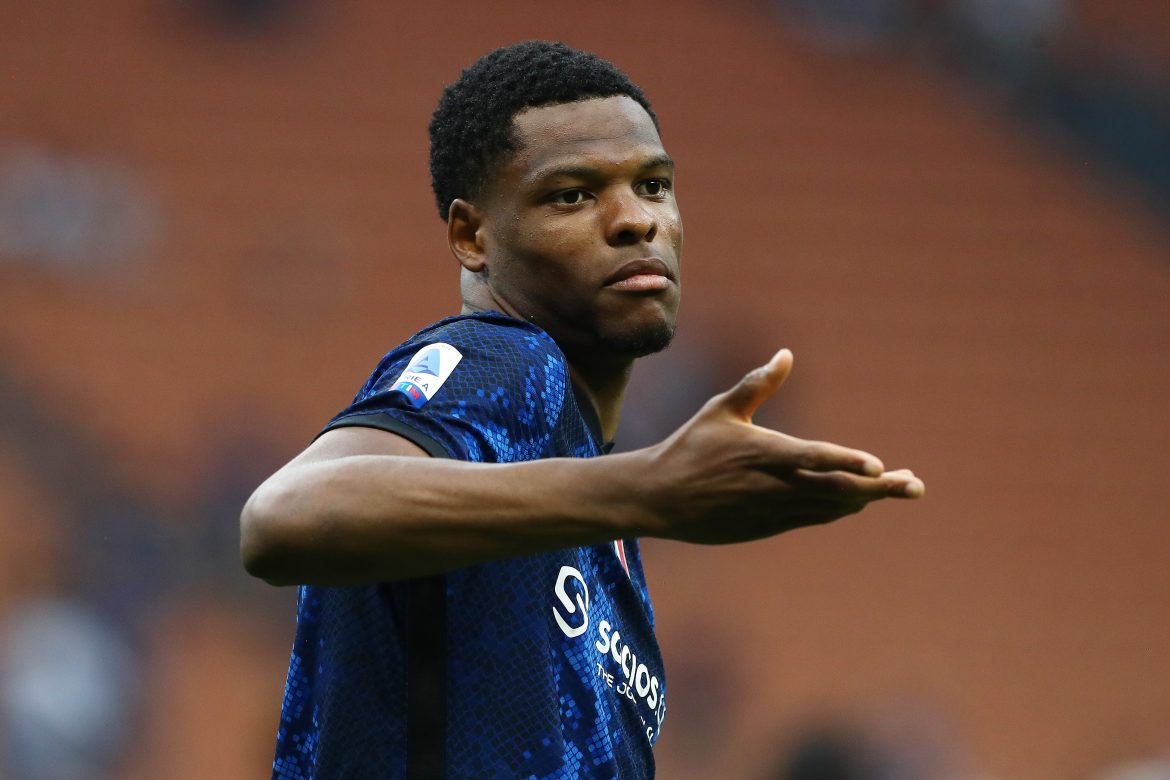 Serie A side Inter are currently not looking to sell Dutch wing-back Denzel Dumfries despite interest from Chelsea.

While Chelsea are interested in Dumfries, reports recently have stated that a new round of talks between the two clubs is set to happen soon.

Gianluca di Marzio has now provided an update about the situation of the ex-PSV star, claiming that Dumfries is certainly one of the names that Chelsea are keeping an eye on. He is amongst the list of candidates for the Blues and the journalist states that some talks have been held between the two clubs recently.

Chelsea want to strengthen in the wide areas this summer but as things stand, Inter do not want to sell the Dutchman, who arrived last summer. Talks are currently blocked but further developments can be expected at some point this summer.

It has been reported by other outlets that Dumfries could be sold for a fee of around €40 million.