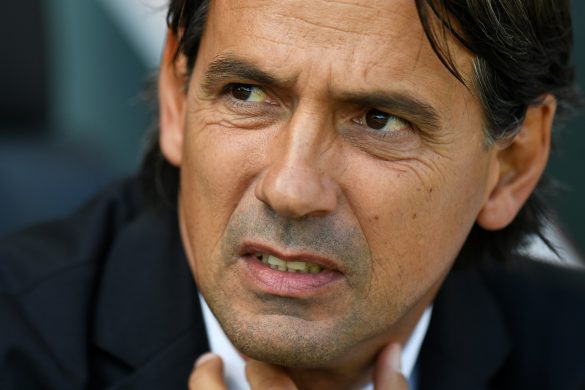 Inter management had a meeting with their head coach Simone Inzaghi on Thursday. The reports understand that the former Lazio boss’ throne at Inter has not caught fire yet.

According to Corriere della Sera, Inzaghi had lunch with Inter president Steven Zhang, who had arrived all the way from California to show his trust in the process of the manager.

The report suggests that the situation favours Inzaghi, who later held a meeting with Inter CEO Giuseppe Marotta, their sporting director Piero Ausilio, and his deputy Dario Baccin.

The focus of the meeting was on the poor run that Inter have overseen in recent weeks. In the last five matches in Serie A, they have lost three. In the 2022/23 season, the Nerazzurri have also been scoring fewer goals than the last season and relying more on individual brilliance rather than a collective team effort.

Other issues regarding the fitness of Romelu Lukaku and the ongoing goalkeeping dilemma between Samir Handanović and André Onana were reportedly discussed.

As far as the latest updates are concerned, Lukaku could return to his full fitness in the coming days and should start for Inter against Roma after the international break. While the coach remains reluctant to drop his captain in Handanović, Onana might continue to play as Inter’s custodian in the UEFA Champions League.