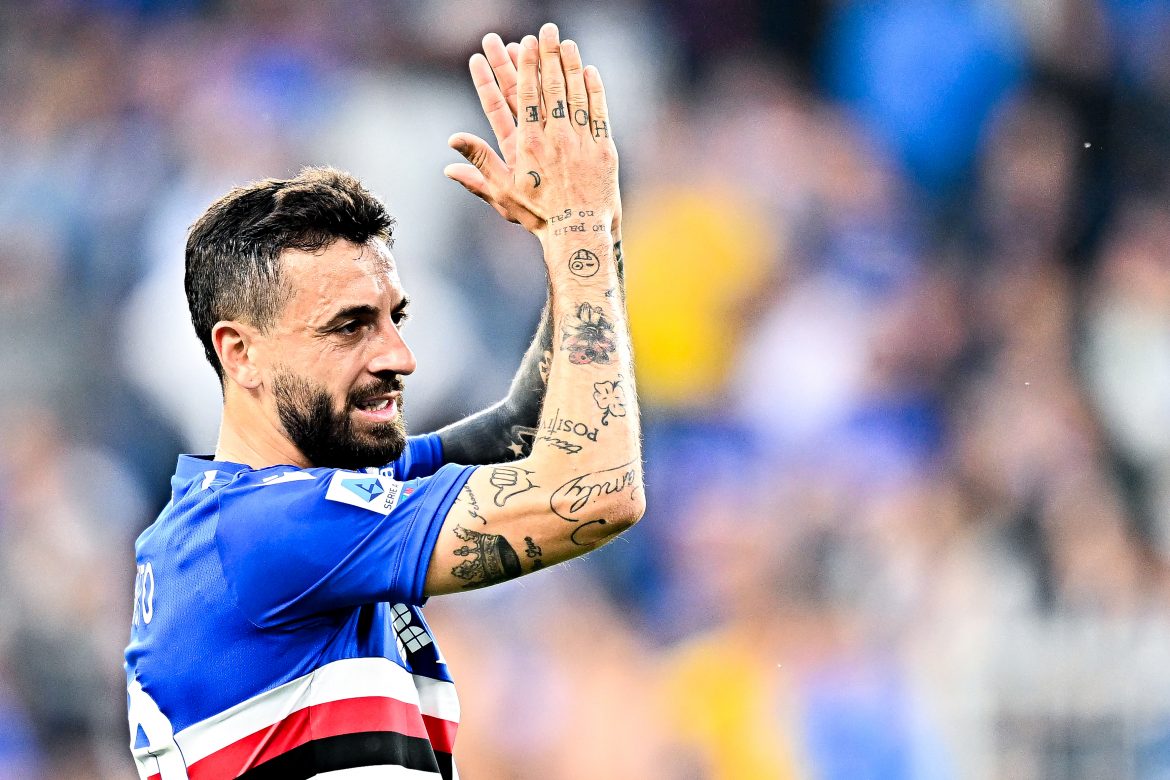 Lazio have found an agreement to sign Francesco Caputo in the upcoming summer transfer window.

La Gazzetta dello Sport have stated that details of a contract have already been agreed between Lazio and Caputo, with the player expected to earn between €1.2 million and €1.5 million on a three-year contract. The Roman club see Caputo as a reliable deputy striker option.

Sampdoria will earn about €1.5 million for a permanent transfer but the parties will have to wait for some days to make the transfer official. Lazio are waiting for the season to end and Sampdoria also want to find a potential replacement for the veteran as soon as possible.

The 34-year-old has done well for Samp this season, scoring 11 times in Serie A and also racking up seven assists for the club. He had joined the club from Sassuolo last summer after an impressive spell at the Neroverdi.

Lazio were recently held to a 2-2 draw at Juventus and with Ciro Immobile out, Jovane Cabral had put in a disappointing performance.