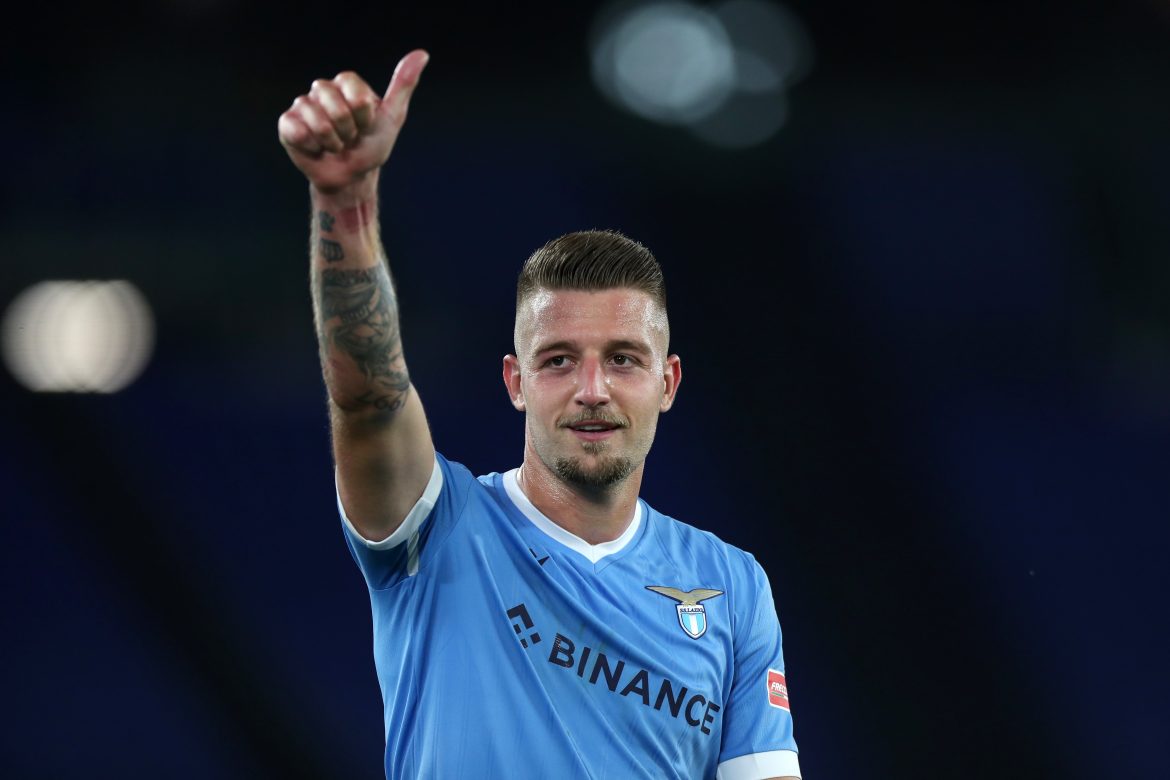 Multiple clubs, including Manchester United, Juventus, and Paris Saint-Germain, have shown interest in signing Sergej Milinković-Savić. But Lazio president Claudio Lotito has always shown firm resistance while dealing with the potential sale of the midfielder.

Speaking to Il Messaggero (via TuttoMercatoWeb), Lotito once again reiterated that he would not sell Milinković-Savić for anything less than €120 million. According to the club chief, the price of the midfield maestro goes up every month. He said:

“I’m not selling Milinkovic-Savic, I will offer him an extension. I repeat, now he’s worth €120 million, and every month that passes, the price goes up.”

Since the start of the 2022/23 season, the Serbia international, who is bound to Lazio’s contract until June 2024, has displayed an awe-inspiring form, having amassed three goals and seven assists from 11 matches in Serie A thus far.

It was reported some time ago that Juventus would make an ambitious offer to land the 27-year-old in the upcoming January transfer window. However, Lotito remains reluctant to sell one of the key players.