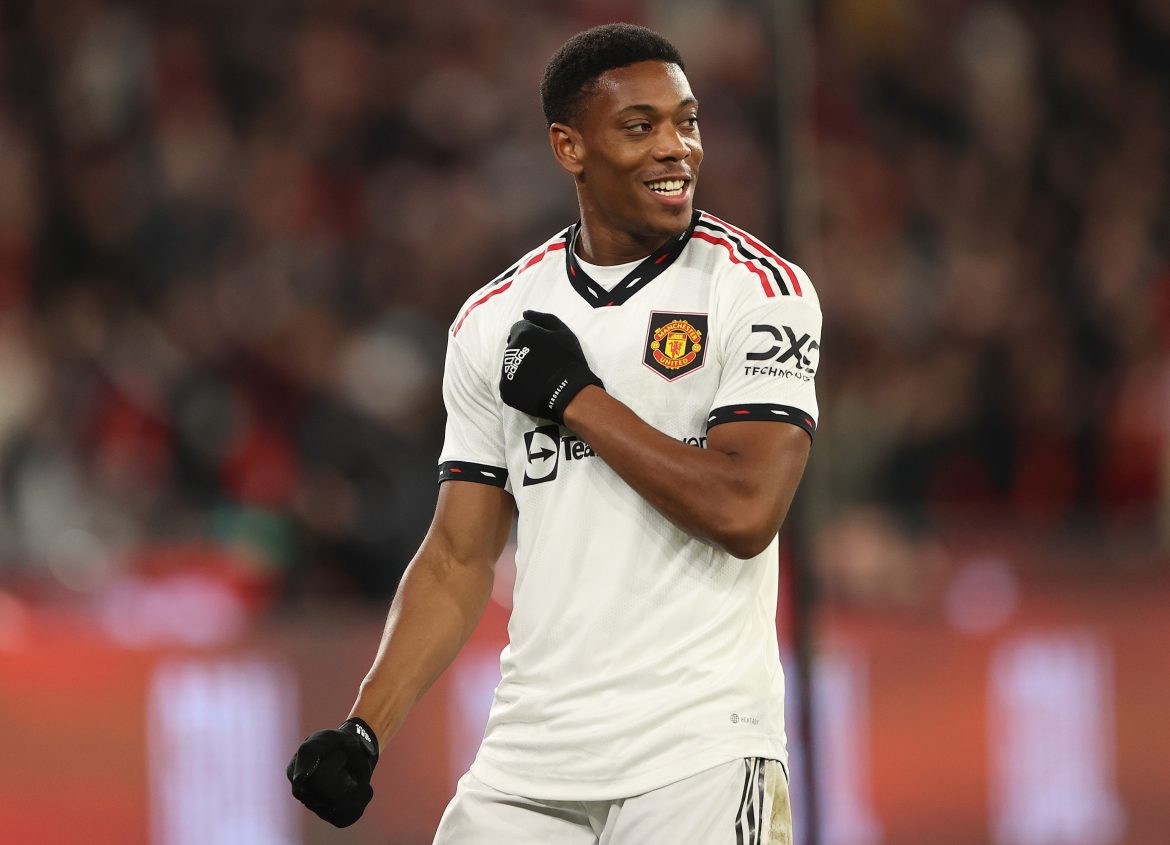 Juventus’ search for a new striker has led them to the doors of Manchester United star Anthony Martial. The Frenchman has returned to the Premier League club following a lacklustre loan spell at Sevilla.

According to La Gazzetta della Sport (via Tutto Juve), Manchester United could let Anthony Martial leave on a loan deal this summer. But his potential departure depends on the future of Cristiano Ronaldo.

The Portuguese phenomenon is back at Carrington but reportedly remains determined to part ways with the Mancunian side in the summer transfer window.

Various report understands that Ronaldo wants to leave United to join a club that regularly participates in the Champions League football.

Newly-appointed manager Erik ten Hag is trying to convince the five-time Ballon d’Or winner to stay at the English club, but the 37-year-old’s future at the red half of Manchester remains unclear.

Amid all, it is understood that Juventus remain interested in the services of Martial.

The French sharpshooter has made a fine start to his new life under Erik ten Hag, scoring a good number of goals in United’s pre-season friendlies this time. The 26-year-old looks sharp ahead of the 2022/23 campaign.

Marseille closing in on Inter’s Alexis Sanchez; Villarreal waiting in the background