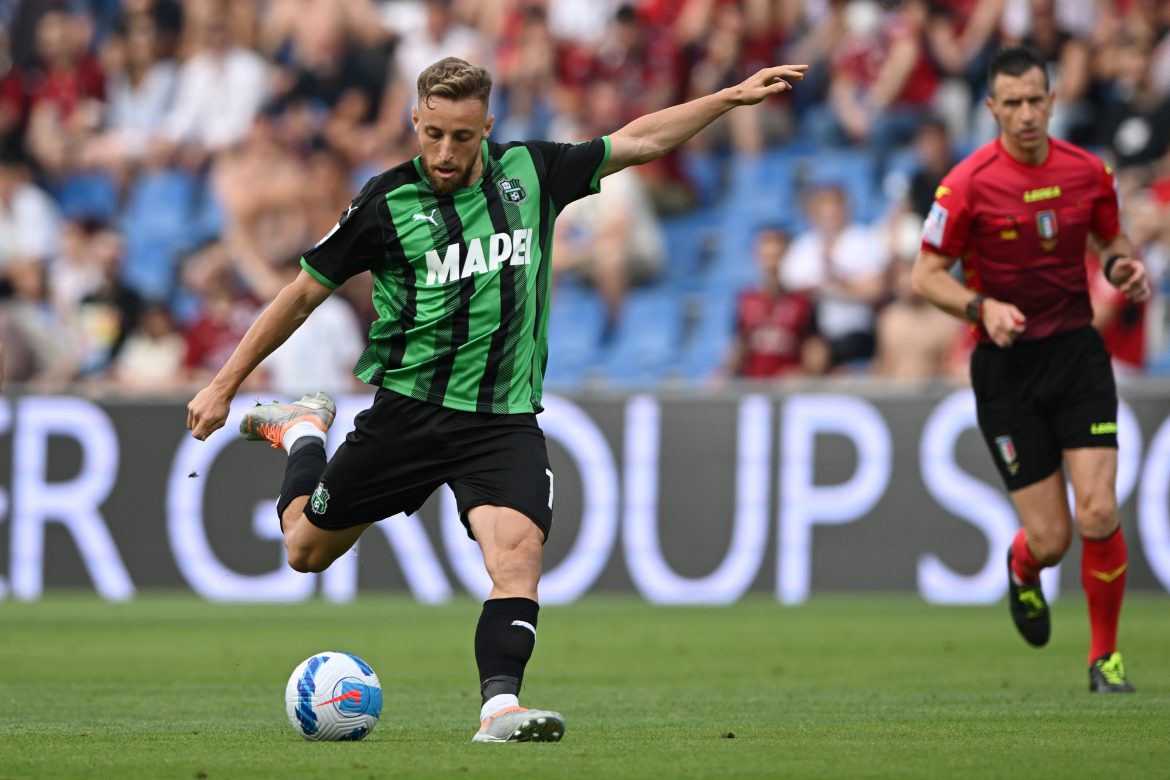 Milan have recently held talks with the agent of Davide Frattesi, with the situation of Renato Sanches yet to be resolved.

Marco Conterio has reported that a meeting involving Giuseppe Riso and Milan took place at Casa Milan earlier today and while the sale of Daniel Maldini and the contract renewal of Sandro Tonali were discussed, the two parties also talked about Frattesi’s availability.

Roma’s talks for the midfielder have hit stalemate, with the Giallorossi yet to find an agreement with Sassuolo regarding the fee. Milan asked for information for the Italian and have now entered the chase for the midfielder.

Milan do see Renato Sanches as the primary objective and Paris Saint-Germain are yet to move concretely for the Portugese either. But the Rossoneri also see Douglas Luiz as a target for the midfield. Frattesi is now also a target and Milan are trying to pull off a deal similar to the one that Juventus did with Atletico Madrid for Alvaro Morata.

Theey would like an initial two-year loan deal with the obligation to buy. It is an idea which is being discussed.