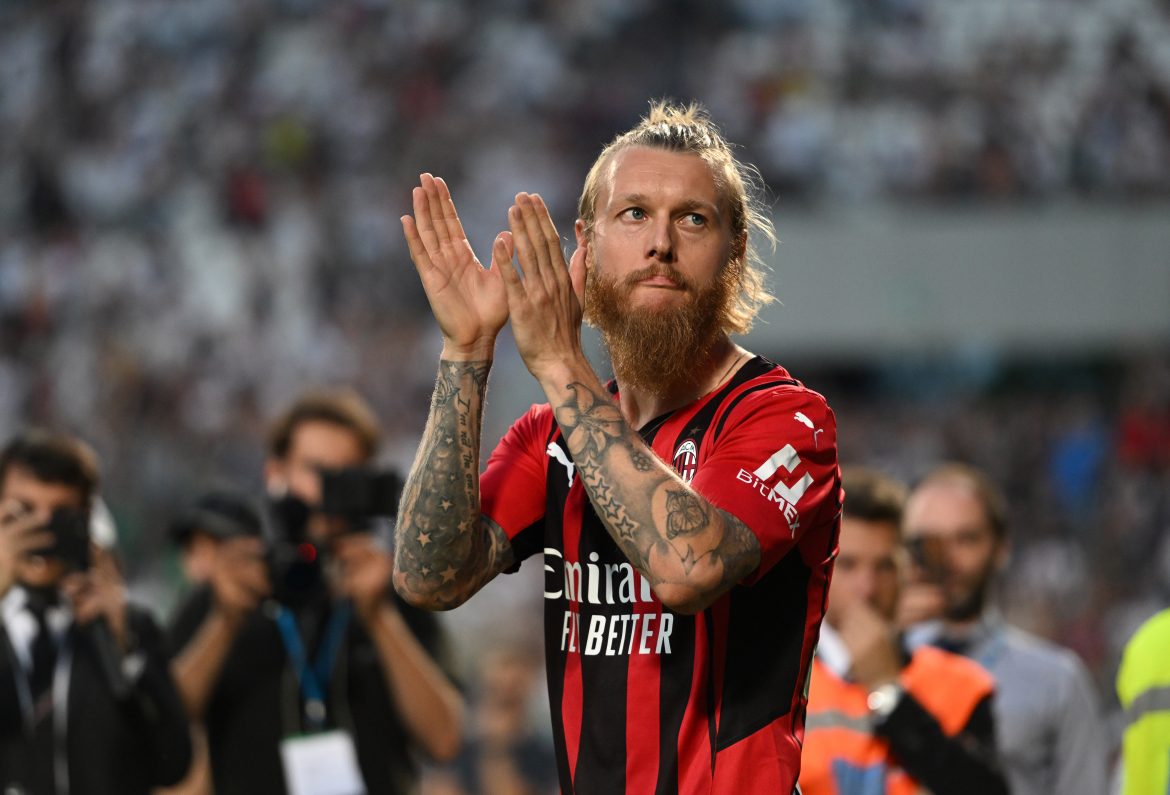 Fiorentina have seemingly started their hunt for a replacement for Nikola Milenkovic, with Simon Kjaer emerging as a potential option for La Viola.

As reported by La Nazione (via MilanNews.it), Fiorentina could consider making a move for Simon Kjaer in the event of Nikola Milenkovic’s departure this summer.

While it is unknown whether Milan are open to negotiations for the Norwegian defender, it is Kjaer’s experience at the top level of Italian football that has made him a notable name on Fiorentina’s wishlist.

Nikola Milenkovic has several suitors in the market. One of the highly-rated defenders in Serie A, Milenkovic has amassed interest from Inter, Juventus, and even Napoli. Outside Italy, there is no shortage of admirers for the  24-year-old Serbian either.

Before going after Kjaer, Fiorentina would like to evaluate the centre-back’s injury history. Last season, he only got to play 11 games in Serie A, owing to an ACL injury. His current contract with the Rossoneri expires in June 2024.