Napoli’s Khvicha Kvaratskhelia: “I really love having the ball at my feet” 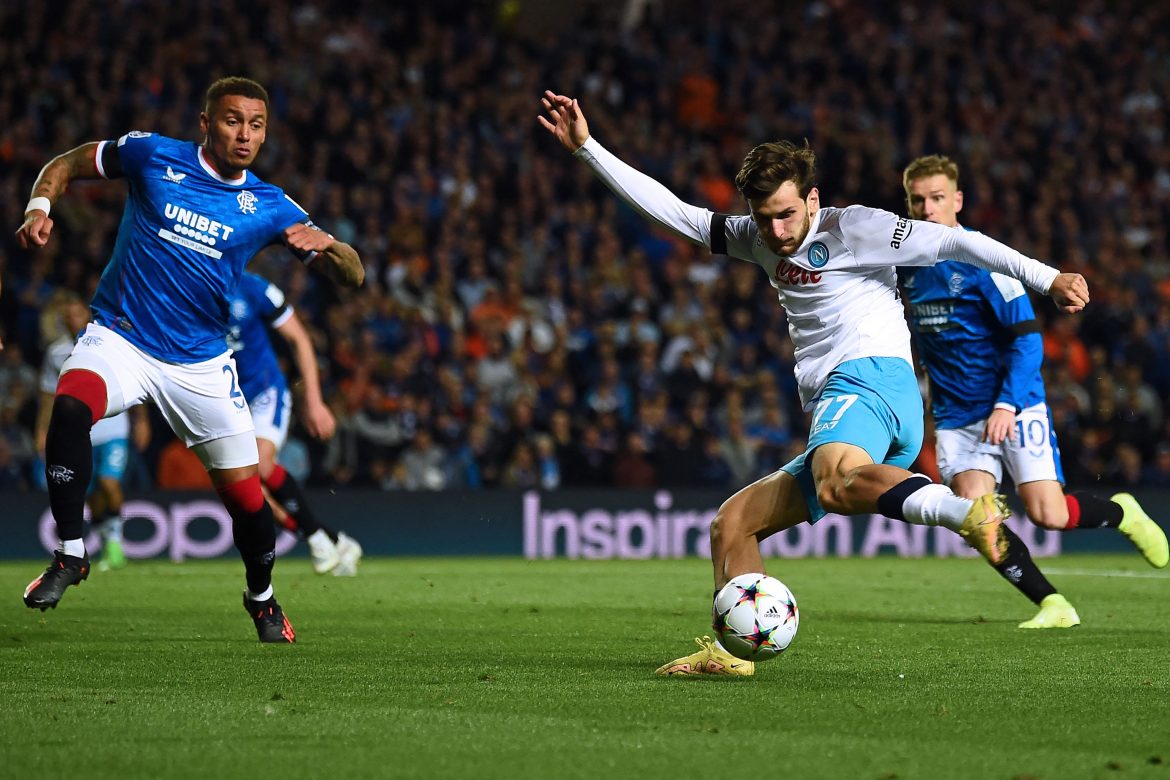 Napoli star Khvicha Kvaratskhelia has given an interview recently, as he spoke about a range of topics around the club and Serie A.

The Georgian has been on fire this season and he spoke to the official Serie A website recently and he spoke about his love for football, stating that he loves to have the ball at his feet even though he may ‘exaggerate’ sometimes.

He stated: “I don’t know if it’s the right thing to say, but I admit that I really love having the ball at my feet. Sometimes, I probably exaggerate, but it’s something I’m working on. I want to make sure that this does not become counterproductive. The important thing is to be useful to the team: with and without the ball.”

Hailed as ‘Kvaradona’ because of his performances and how he has ignited the memories of Diego Maradona for Napoli fans, the winger also spoke about the lofty comparisons and how he believes that no one can replace the Argentine.

“As for the comparisons that have been made with Maradona, I think no one can be compared to him. He was a football legend. It will be very difficult to see a player like him play in the future. But it is obvious that I am very happy when I get compared to him: it means a lot to me and it makes me feel even more responsible. When you are compared to a player like that, you can only be proud and happy.”

Luciano Spalletti’s role in taking Kvaratskhelia to another level has been key and that can be said for the whole Partenopei side. The winger had praise for the Italian, saying:

“I want to underline his humanity and greatness as a person. From the first day, he has always talked to me and explained things to me. I learn a lot from him and I have noticed that I have already grown. Tactically, I have learned a lot and I want to continue learning more. Luciano Spalletti is a great coach. He always tells me that I have to do more, that I must not be satisfied and that I have to play a little more with my teammates.”

Along with Kvaratskhelia, Napoli are also reaping the benefits of signing Kim Min-jae in the summer from Fenerbahce. The Georgian was asked about his South Korean teammate and Kvaratskhelia believes that Kim is already one of the best defenders in the world.

“I want to say that he is a wonderful person, who brings great positivity in the locker room. It is difficult to stay serious when you are with him, he loves to joke a lot. As for the pitch, he is a very strong defender. For me, he is one of the best in the world. If he is in the defence, you are in front of an iron barrel! You know he will stop the attacker and will not let the opponents score. This is why he is an extraordinary defender, which is why he is one of the best in the world.”

While Kvaratskhelia is out injured, Napoli take on Udinese later today to temporarily go 11 points clear at the top of Serie A.