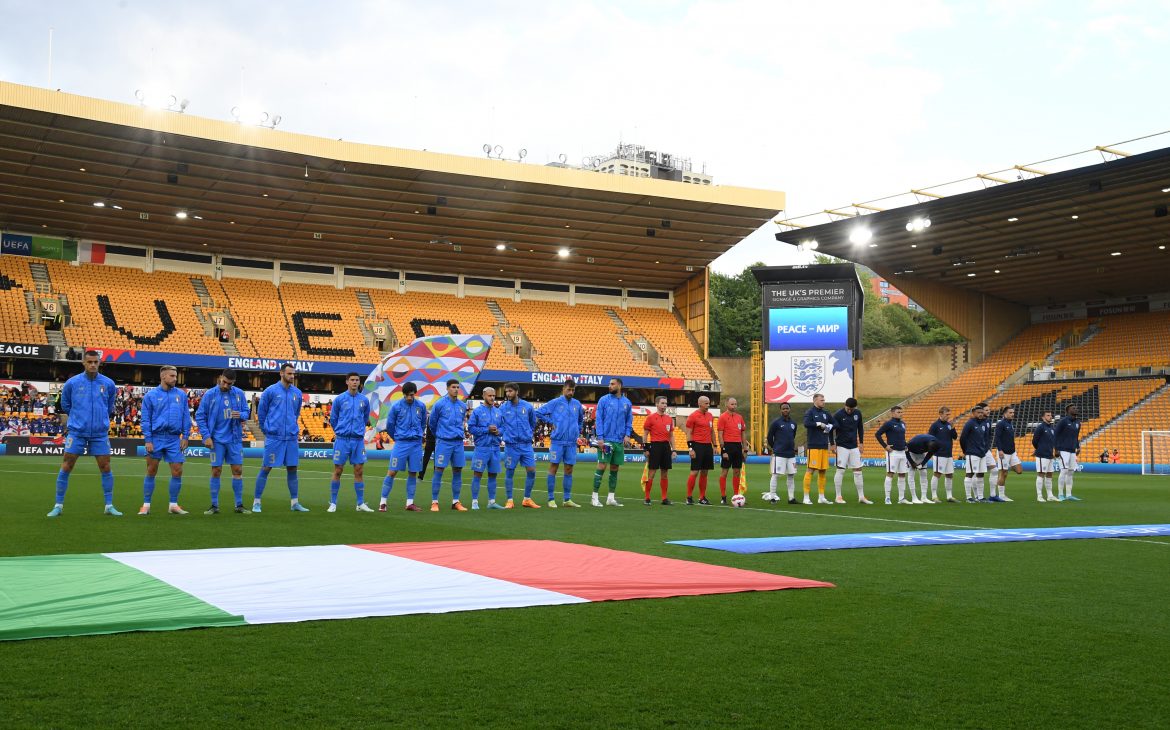 Both teams rued missed chances as Italy managed to salvage a 0-0 draw in the Three Lions’ den at Molineux Stadium on Saturday evening.

Both starting line-ups had surprises. But Italy somewhat surpassed the hosts on that ground, with Federico Gatti given his first senior start in the national colours. It was indeed a proud moment for the Italians and the Juventus man, who had seen it all to appear on one of the biggest stages of international football.

Federico Gatti was playing in the third division of Italian football in the 2020/21 season. He also worked at a supermarket, as a builder and as a window-fitter. He makes his Italy debut today, as a Juventus player.

Nevertheless, Milan defender Fikayo Tomori and Roma sensation Tammy Abraham, as reported in the preview, also made a rare start for England. In terms of gameplay, both teams had a plethora of chances to draw the first blood. But neither team seemed to be in the mood to score a goal, with the custodians making some notable saves.

It was an intriguing affair but an unfruitful one for England as they remain at the bottom of their group. The Azzurri had a chance to extend the lead at the top of the table, which they could not grasp. Here are the player ratings from Italy’s moral victory on the away soil.