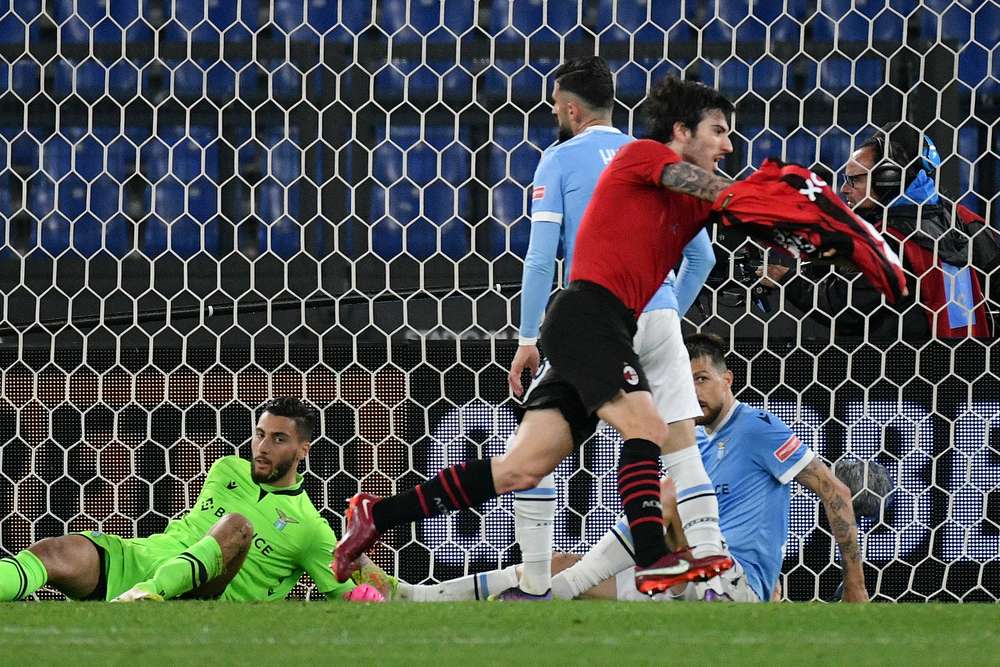 Despite enduring shaky times in the early stages, Milan somehow managed to secure all three points from the weekend’s mega clash against Maurizio Sarri’s Lazio.

Lazio hosted Milan on Sunday in what was previously considered a do-or-die affair for the Scudetto aspirants. The visitors made an appalling start to the game, with Ciro Immobile drawing the first blood in the opening fourth minute. It was a collective mishap, carried out by the Tomori-Kalulu duo, at the back that did leave the Lazio striker in some adequate space. He doesn’t miss those chances.

Despite Milan maintaining a steady flow when attacking their counterparts, the end of the first half saw Lazio entering the tunnel with a 1-0 lead. In the second half, Milan instigated the pace of their attacking gameplay, showering crosses after crosses on the home defence. But Lazio defenders had kept Olivier Giroud under control until Rafael Leao’s square found the Frenchman, who subsequently buried an equaliser.

In the dying minutes, Sandro Tonali came to rescue the night for Stefano Pioli’s men, with the former Brescia midfielder putting the ball past Thomas Strakosha following a scrappy phase of play. With the win, Milan regained the top position in the league table. But they could lose it too, with Inter meeting Bologna on Wednesday. As for Lazio, their hopes for European football next season have taken a mild hit.

Here are the player ratings from the game: