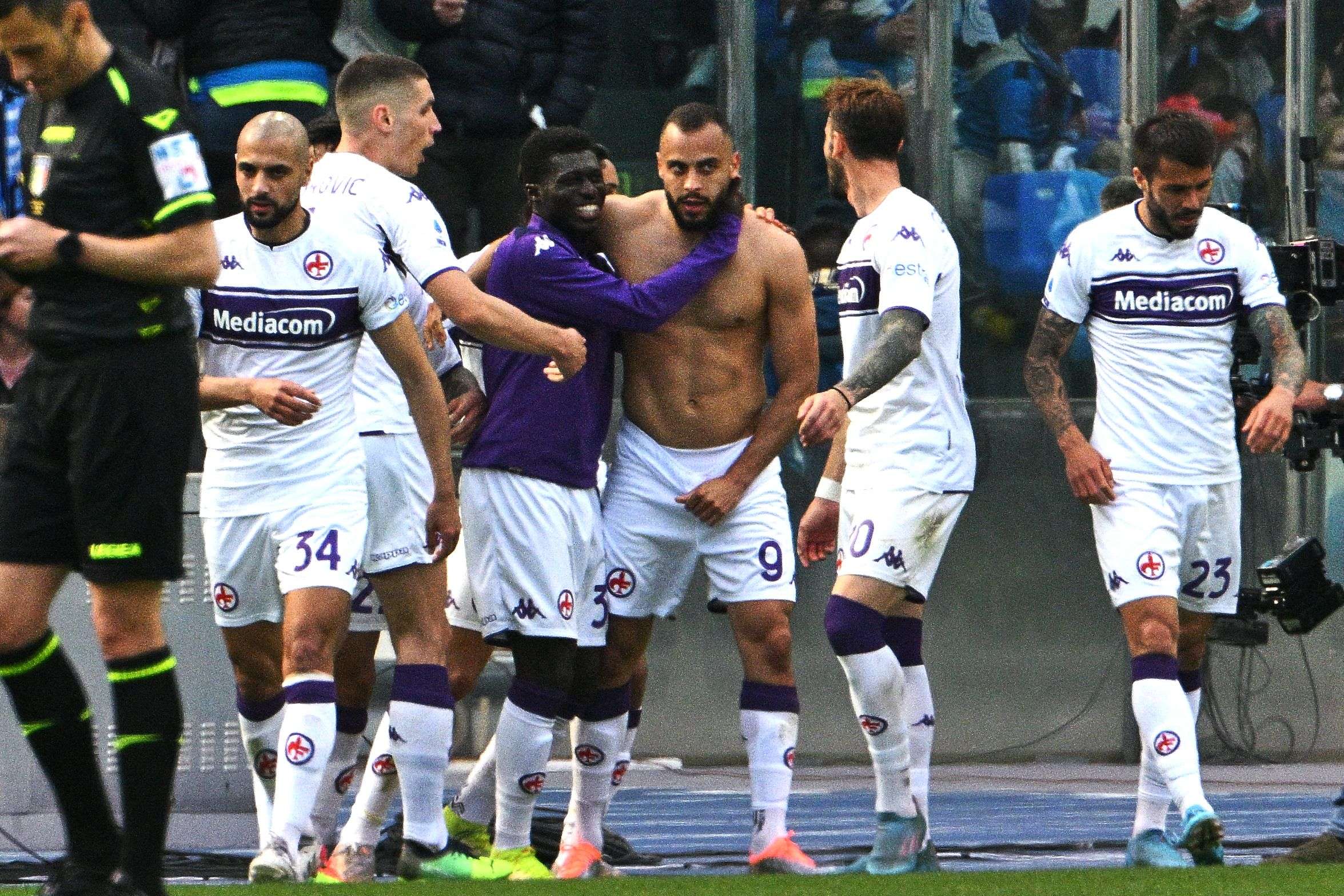 Napoli succumbed to a narrow 2-3 defeat in front of their home crowd, with Fiorentina perhaps splashing cold water on their hopes for Scudetto this season.

Napoli hosted Fiorentina in a season-defining affair on Sunday, with the scorching sun shining brightly over the twenty-two heads taking the field at Stadio Diego Armando Maradona.

Nicolas Gonzalez helped La Viola take the lead on the scoreline. Dries Mertens, as a second-half substitute for the home team, restored the parity on the other end in the 58th-minute of the game. Seven minutes later, Jonathan Ikone, who had just come onto the field for Fiorentina, reestablished the lead with a cunning finish.

Arthur Cabral’s curling shot had put the away side in a 3-1 lead before Victor Osimhen went on to carve his name on the scoresheet. But the efforts of Luciano Spalletti’s men failed to surpass the same of their counterparts. The outcome of this is likely to play a pivotal part in shaping Napoli’s dreams of lifting the Serie A title.

Here are the player ratings from what turned out to be a spectacle between the two teams chasing different aspirations on Sunday evening.