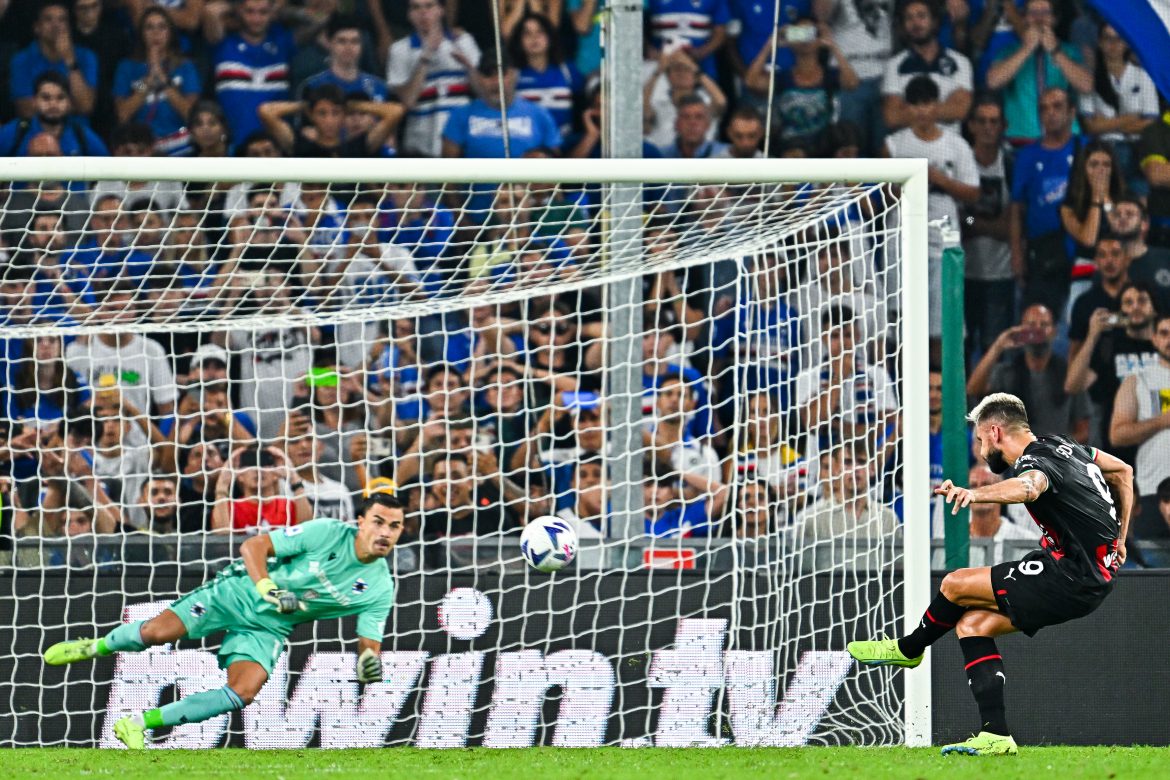 Filip Djuricic’s equaliser for Sampdoria went in vain as a 10-man Milan side stomped off to a narrow 2-1 victory on Saturday evening.

The match did not lack drama, with Sampdoria completely matching the intensity required of a high-octane face-off. Junior Messias beat Emil Audero with a silky left-footed finish to score an opener in the 6th minute of the game. Charles De Ketelaere’s maiden goal for the Rossoneri got chalked off after VAR judged that Olivier Giroud was deemed offside in the build-up.

At the start of the second half, Rafael Leão, reportedly playing to fill the position that should’ve been occupied by injured Divock Origi, received the second yellow card of the night and will now miss the game against Napoli next weekend.

After going down to 10 men, Milan looked shaky, giving Samp a chance to make the comeback. Ten minutes later, Filip Djuricic equalised for the home side. Gonzalo Villar’s handball while defending a free kick saw the visitors getting a penalty. Giroud thrived and buried the spot kick, handing Milan a lead for the second time on the night.

Despite showing signs of promise, Marco Giampaolo’s team had to succumb to the tiniest of margins as Milan came out of the encounter as the worthy winners. Here are the player ratings from Rossoneri’s fourth win of the Serie A 2022/23 season.