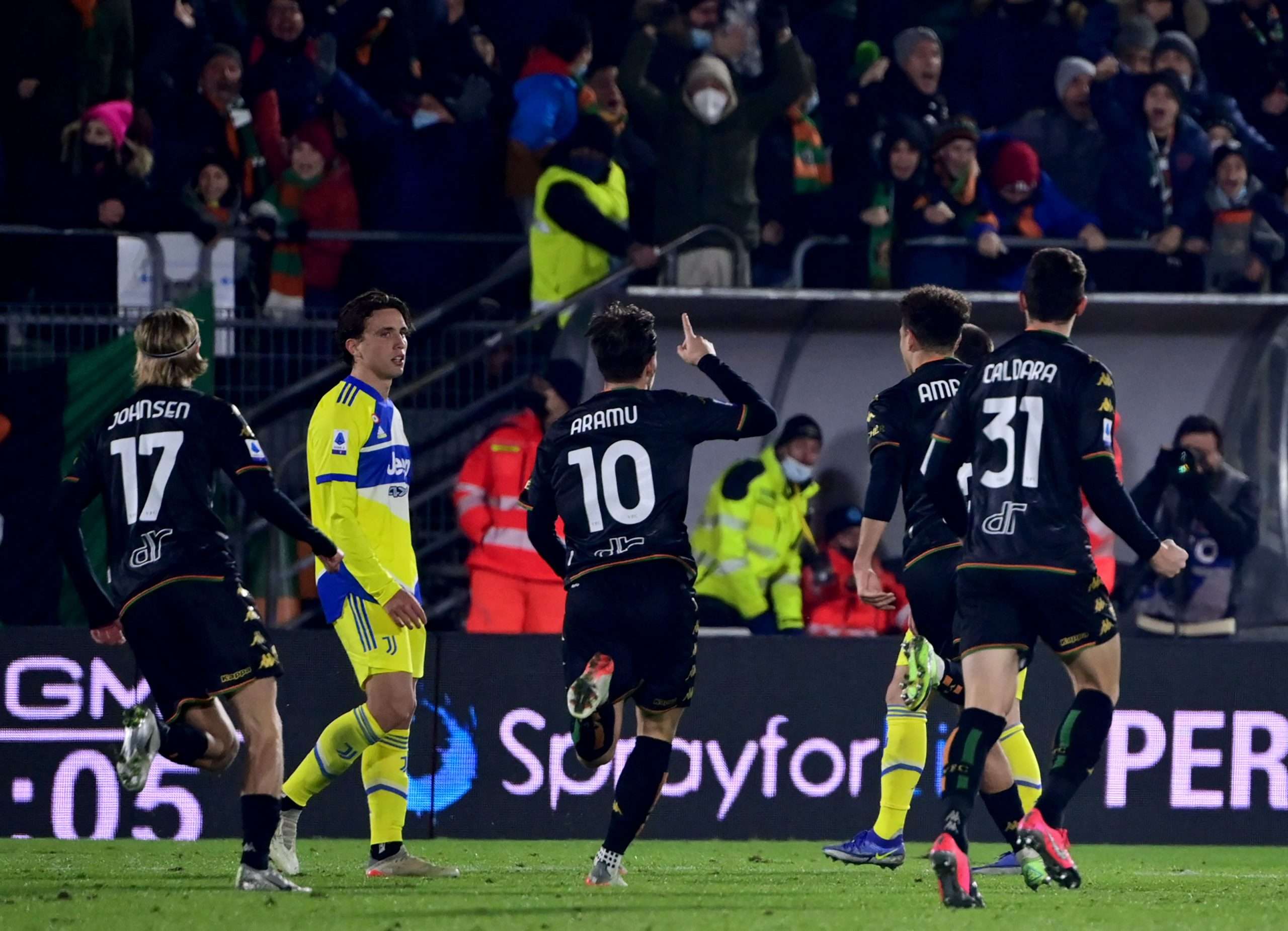 Juventus host relegation-dwellers Venezia in what promises to be an exciting affair on Sunday.

While Juventus are yet to secure their place in next season’s Champions League football, Venezia are seemingly going out of the top-tier of the Italian footballing pyramid by the end of the 2021/22 season. The hosts have enjoyed a topsy-turvey form recently, having won just three of their last five league fixtures.

But the run of inconsistency has been Juve’s embodiment of the current season. Adding to that woe, Bianconeri’s goalscoring record this season has not helped the cause. The Old Lady has scored 52 goals, the least number of goals scored by an Italian team in the top half of the points table. They will be looking to better the tally against Venezia.

But they will only be able to try it if Venezia allow it. Fighting for their survival in Serie A, the Venice-based side has not won any of their last nine games in Serie A. Having lost against Atalanta, the authority sacked Paolo Zanetti. Andrea Soncin subsequently took over the managerial helm as an interim boss.

They have now hit the lowest point of the table. Failing to turn the tide means suicide for the newly-promoted Italian side. Salvaging one point against Juventus on Sunday could bring a change to their relegation battle. But the visitors will be looking for three.

Federico Chiesa is out for the season. Ahead of the game, several reports have claimed that Fabio Miretti, 18, could be given a chance to play in the midfield on Saturday. Kaio Jorge, Manuel Locatelli, and Weston McKennie would miss the weekend’s matchup. They will join Juan Cuadrado on the sideline. The Colombian is yet to make a full recovery from the injury sustained in the Coppa Italia game against Fiorentina a fortnight ago.

Former Manchester United goalkeeper Sergio Romero is likely to remain out due to his knee injury. Doubts linger on the availability of Antonio Vacca and Tyronne Ebuehi.

Playing Miretti could be a bold pick by Massimiliano Allegri. But, it is against the strugglers he is taking the chance, with the unavailability of Locatelli somewhat affecting the balance of Juve’s midfield. Venezia should treat this game as a free hit. However, playing in front of the ambitious Juve fans would not be a wholesome experience at all for the Serie A newbies.

Milan closing in on a transfer for former Premier League flop