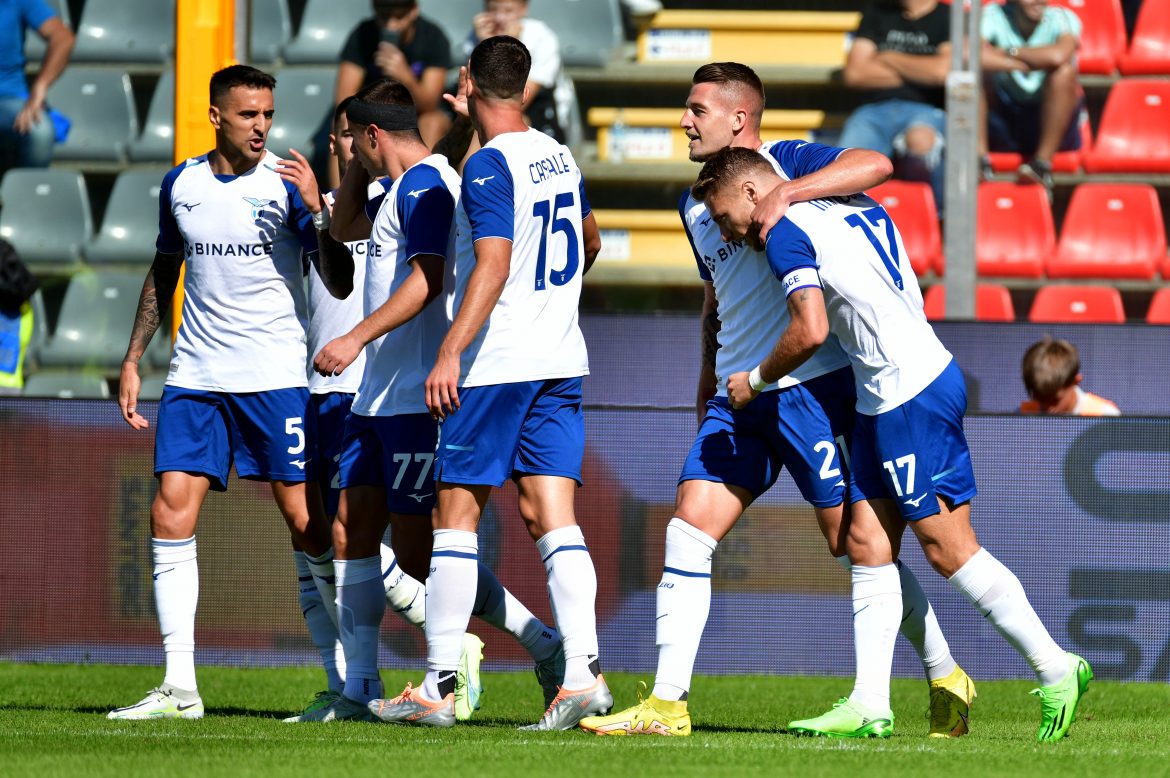 Lazio won in convincing style at the Giovanni Zini as they defeated Cremonese 4-0. It was a dominant performance from the Biancocelesti as they were impactful in all facets on the pitch. After a disappointing 5-1 defeat to FC Midtjylland midweek in the Europa League, it was the response that Lazio manager, Maurizio Sarri, had expected from his side.

“Today the team did well, they were tough and determined. We weren’t passive, we played a good game,” Sarri said at the press conference after the match.

“We entered the game well, we went over the first situation created. The reaction was the right one. We were not satisfied, we continued to propose the game, after the second goal we could score action for action.

“The first goal set the stage, then we did well also in the second half because we managed the game in an instant and not passive way as in other circumstances.

“I saw a good match and a good Lazio”.

With Lazio coming off a poor result and morale being very low, Lazio captain, Ciro Immobile, led the way and provided the response that his side desperately needed as he scored a brace and provided an assist. The Italian was relentless in the final third as he made several strong runs, won challenges and was decisive.

As has often been the case for Lazio, Immobile continues to deliver in key moments for his side. He finished the match with two key passes, won one foul, two goals and one assist.

“In my head there is the desire to improve, move forward and do the best in every season. Thanks to my companions I am reaching important figures,” Immobile stated to DAZN.

“I am someone who does not look at the numbers, then you remind me of them. When I am alone, I think about the next game.

“There was so much disappointment in these two days, we underestimated the game. This match served to show that the team has grown, last year we had moments like this, but in Europe there was a drop in concentration.”

Sergej Milinkovic-Savic and Pedro provided the other goals for Lazio.

Like Immobile, Milinkovic-Savic has been equally important and continues to put forth strong performances for his side this season. Throughout the course of the match, the Serbian dominated the midfield as he won several challenges, made key passes and was decisive in the final third.

Milinkovic-Savic provided creativity in Lazio’s attack and this was a key factor that they were lacking in their previous game in the Europa League. He finished the match with one goal, one assist, one key pass, and two fouls won. In addition, he completed the most dribbles with two and won the most duels with six versus Cremonese.

After the Serbian scored, he provided a special celebration as he put a pacifier into his mouth. Milinkovic-Savic and his girlfriend, Natalija, are expecting their first child together.

“We gave a strong, important response to Thursday’s bad performance. It wasn’t just that performance, it was right to answer like this,” Milinkovic-Savic stated to Lazio Style Channel.

“I missed the goal, I used this opportunity to announce the birth of my daughter. I will certainly marry Natalija. We have to work to avoid having to respond to slips. We need continuity and we will work on this in every match.”