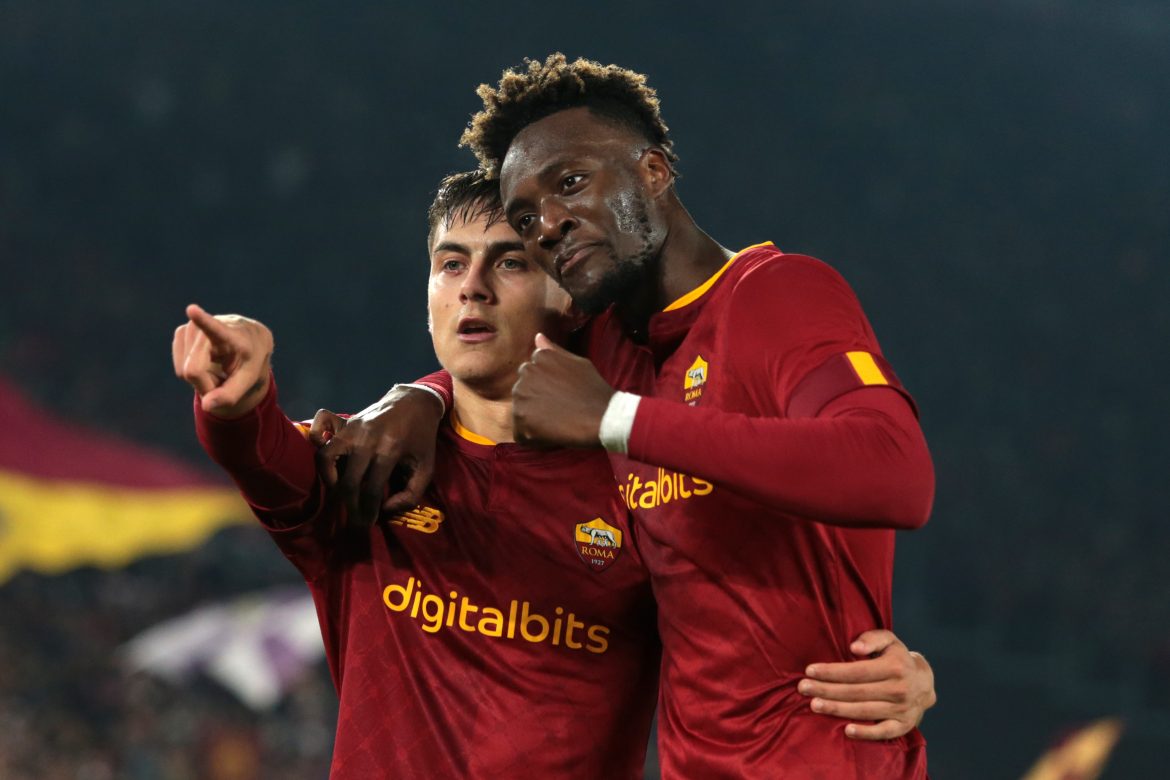 In a week, where reports intensified over Jose Mourinho’s long-term future at Roma has been called into question due to his displeasure over the future planning of Sporting Director Tiago Pinto and higher-ups, Roma needed a performance to remember. And in some ways, the performance against Fiorentina was rather emblematic of Mourinho’s reign at the club. It wasn’t the most entertaining, relied on the impressive forwards and as ever, the Portuguese had to use young players with the more experienced faces out.

Hosting 9th-placed Fiorentina at the Stadio Olimpico, both teams needed three points to get their European ambitions back on track with Roma sitting in 7th before kick-off. Despite both teams languishing in undesired positions, both teams came into the game in good form making for an intriguing spectacle.

In the end, the Gialrossi got the better of Vincenzo Italiano’s men with a 2-0 victory. If there was one way to describe the match, it would be the “Tammy and Paulo show”. Dybala picked up where he left off after his goal in midweek against Genoa, scoring a brace to hand Mourinho and his team a much-needed three points with two expertly-taken finishes. However, without excellent forward play and assistance from his strike partner Tammy Abraham, neither would have been possible.

After the infectious and atmospheric pre-match serenading of “Mai Solo Mai”, the start of the game was rather tense. A case of who blinked first, neither team developed a stronghold on proceedings with chances limited. Nicola Zalewski continued to show the form he displayed in Qatar at the World Cup in the early stages of the game. The Poland international was largely responsible for any progression in Roma’s transition with direct running or dribbling causing Dodo all sorts of problems leading to the Brazilian being booked early. He forced the first shot on target of the game in the 13th minute forcing Martin Terracciano to make a meal of what looked like a simple save.

In the 24th minute, after jostling for momentum and a couple of speculative efforts for both teams, the pendulum swung in the favour of Mourinho’s men. Zalewski instrumental once again, ghosted past Dodo before the former Shakhtar full-back committed with a lazy lunge and was given his marching orders with a second booking of the game. In what was an entertaining battle on the left flank, the Pole certainly came out on top with Dodo’s tormenting evening ending prematurely.

With Dodo’s dismissal, there was a noticeable change in tactics from Fiorentina with Italiano deciding the best form of defence was to retain possession. Ultimately, this played into Mourinho’s hands as he was happy for his team to maintain a direct approach and punish Gigliagti on the counter. The first goal was prime evidence of this. Roma found a breakthrough in the 40th minute with a searching ball from Celik played to Abraham. The England international delicately chested the ball in the direction of the onrushing Paulo Dybala, with the World Cup winner making no mistake in his volleyed strike despite some help in the Fiorentina goal from Terracciano. After going into the break in front, Roma failed to maintain initiative in the second half.

The approach of Roma for the majority of second half wasn’t the greatest from a viewing standpoint. However, the intent from Mourinho’s tactics was clear with a man advantage. Roma were happy to retain possession in a deeper formation with the intention of a direct counter attack or to allow Fiorentina to have the ball and break when opportunities presented themselves. Fiorentina had their moments but nothing threatening enough to put the Roma back three or Rui Patricio under any serious pressure. Anything promising Roma produced in the first twenty minutes of the second half often involved Dybala dropping deeper to increase the tempo of transition.

The exit of Zalewski for Leonardo Spinazzola noticeably reduced Roma’s direct threat on the left flank. However, Tammy Abraham continued to wreak havoc against Igor and Nikola Milenkovic. A ball in behind yielded the decisive goal in the game with Abraham once again running into a channel and picking out Dybala unmarked at the far post for a simple tap-in. Dybala will undoubtedly receive the plaudits for his brace and almighty influence on the game’s tempo but Abraham deserves equal credit for his assists and constant running of the channels to make Mourinho’s direct approach successful.

The match was hardly vintage from a viewing standpoint but the intense atmosphere at the Olimpico certainly made up for the absence of quality the game lacked at times.

Mourinho may be criticised for his rather negative approach in this game and at Roma in general. Although, it is yielding results with the Giallorossi now undefeated since domestic football in Italy restarted after the World Cup break fortunes look to be improving for the capital club. This form mixed with the former Chelsea manager’s less reluctant approach to give major game time to youngsters, like Zalewski and Edoardo Bové, is exciting for Roma fans if the club can convince Jose Mourinho to commit his long term future to the club.