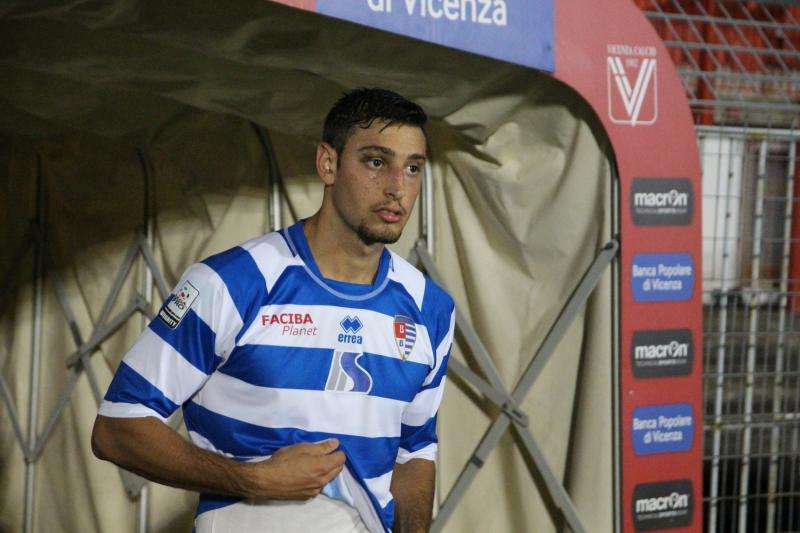 Myles Anderson has recently completed a transfer to Hartlepool United as he looks to help his new side win promotion back to the Football League this season. In recent seasons he has played for Chester, Torquay and Barrow but the 28-year-old defender hasn’t always played in his homeland.

From 2013 to 2016, Anderson enjoyed an Italian adventure. The former Aberdeen and Blackburn Rovers man played for five clubs in Italy, starting in the fourth tier before moving to a Serie A club.

His story has always intrigued me and I was fortunate enough to hear from Myles himself as he talked me through his experiences in Italy. From living in Milan and the quality of the food to trying to making the step-up to Serie A and beating Gianluigi Buffon’s Juventus side 1-0 in a friendly.

Myles’s story is one which I have had great pleasure reading about and I am delighted to be able to share his experiences. Below are his responses to a few questions I was lucky enough to ask him.

On making the initial move to Italy

I was at Exeter City at the time in League 2. It was the fittest, strongest, sharpest I had ever physically and mentally felt in my career.

We had a couple of pre-season friendly games against QPR and Swansea. As you can imagine, there would have been scouts there from all over watching the games, in particular, and importantly for me, was the presence of “I Capi “ (the Bosses) from Italian Serie C2 side AC Monza.

As a result of my performances, I was invited over for a two-day experience. When this opportunity arose my representatives and I spoke directly with Paul Tisdale and Steve Perryman. They were supportive and allowed for me to travel across to Milan for the 2 day trial period. After the first training session, the manager Antonino Asta approached me outside the entrance to the training ground, shook my hand and said “Benvenuto amico“. It was a done deal.

I was a student of languages during my time in full-time education, in particular, the Romance languages – French, Spanish and Italian. However, playing abroad wasn’t something that I had particularly focused on or envisaged. It wasn’t really something that even occurred to me.

Before I signed for Blackburn Rovers in 2011 I had been on trial at Villarreal U21 and Celta Vigo B in Spain so that had given me a taste of what it could potentially be like but the dream was always to play in England.

Whilst at Blackburn there was such a wide variety of cultural and ethical backgrounds I was able to practice my language skills without having to step outside of Brockhall Village!

When this opportunity to go abroad came about I was excited by it. I noticed there weren’t many Englishmen playing their football abroad. I wanted to be different. I wanted to be an example. But most importantly, I wanted a new experience for myself, from the football and from life itself. I strongly believed moving to Italy to ply my trade would provide that for me….and it certainly didn’t disappoint!

On his first season with Monza

Having studied Italian in school, I thought I had a genuine grasp of the language and the culture. I believed I was well prepared for the move. However, my judgment was quite some way off!

The level of language I had reached from my education was nowhere near the level required to survive in a football environment. Dressing room banter and managers’ instructions were extremely difficult to comprehend. Different training methods, different culture, different mentality, and mindset took a lot of getting used to. Both in football and even just in the general Italian way of life.

I wasn’t selected for my first league start until three months into the season. We had gone the first 15 games without keeping a clean sheet. The manager clearly felt I had served enough time learning my new Italian trade and asked me if I would rather start at centre back or left back. I chose centre back. We went on to keep our first clean sheet (0-0) away to Bassano Virtus who were top of the league at the time and subsequently went on to win it. In my first five starts, I think we only conceded one goal and my career in Italy kicked on from there.

Football in Italy for a player can be, just like anywhere else in the world, illogical, unpredictable, unstable. The Italian way, certainly in the lower leagues, is to spend one season building and growing as a team – playing and coaching staff included, and then more often than not, come the end of the season, there will be a complete turn around in all areas. That team will have served its purpose and a new team will be assembled for the following season.

This made it extremely difficult to stay settled for any period of time over there. To think in my first season with AC Monza we got promoted from Serie C2 to Serie C. Come the start of the following preseason there had been a complete change in coaching staff and at board level – and even more surprisingly I was one of only 5/6 players to remain with the club!

You learn very quickly to not plan too far ahead and adopt the skill to be able to go with the flow.

After making eight starts for Monza in the 2012/13 season, Anderson joined Serie C side Pro Patria on loan for the first six months of the following season. After establishing himself as a regular in the side based in the north of Italy, making fifteen starts, an unexpected move came. Serie A side Chievo Verona had been impressed by what they had seen and brought the English defender to Verona.

On the move to Chievo

Yes, Chievo was a fantastic move for me. Of course, I believed I was good enough to be there. I had played the opening 15 games for Pro Patria and had done reasonably well. The interest came about from Chievo. I knew I was going there as a young player there to learn and develop and earn my way into the team.

I didn’t manage to start a game. The manager’s end of season words to me were simple and honest.

“Your colleagues didn’t give me an opportunity to change the team. We lost two games from January (when you signed) until the end of the season and there were very few injuries. Unfortunately, as a result, your progress and opportunities were extremely limited.”

I couldn’t argue with that.

However, during my time there I certainly learned from some very talented and experienced players. The two centre-backs Alessandro Gamberini and Dario Dainelli, who even at the combined age of about 70, never gave me a sniff. They had formed a partnership in their earlier years as the rearguard at Fiorentina and continued that at Chievo. Then there were a couple of guys who had just come back from representing their countries at the 2014 World Cup in Brazil.

Training and playing with players and coaches at this level on a daily basis was a priceless moment for me and my career moving forward.

Overall it was a very educational and worthwhile experience!

After his spell with Chievo, Anderson returned to Serie C to play for L’Aquila and Lupa Castelli Romani before returning to England in 2016. Here, he talks about life in Italy, on the pitch and off it.

On the lifestyle in Italy

The lifestyle in Italy was fantastic. I was fortunate enough to live on the outskirts of three main cities in my time there – Milan, Verona, and Rome.

There was something that all three places really seemed to have in common – the quality of the food and women!

But no…. From the National Park in Monza, the largest walled park in Europe, to the lakes of Verona, where my colleagues and I would go for food or an ice cream after training, to the Trevi fountain in Rome, where I spent a few euros and made a few wishes, to name just a few memories I will take with me from my time out there.

Let’s maybe leave the discussion regarding the nightlife to a private chat!

And yes, by the end of the 3 years I was pretty fluent in Italian!

On the style of football in Italy

There are so many differences between Italian football and English football I could be here all day talking about them!

Training methods were completely different. There is a lot more focus on tactics and pattern play. There is more separation between the defensive players and the rest of the team. Then a coming together where the defensive side will put their work to the test against the rest. Yes, this does happen in England of course. However in Italy, from my experience, there was a lot more stress put on the defensive side of the game. The way as a back four/back five we learned to move about the pitch in unison was impressive.

The days you train and the structure to the week in the build-up to the games is completely different. If you have a game Sunday, you will be off Monday and then train every day from Tuesday to Saturday and then play Sunday. It was intense!

One of my favourite differences (especially in my time at AC Monza) is how when your team scores, everyone will run on to the pitch to celebrate – I’m talking about the twelve subs and even the manager!

Now back playing in England, Anderson is coy on what the future holds for him but looking back on his career so far, he has the experience to play alongside some incredible players and would recommend others to follow in his footsteps.

On the best players he’s faced

I would say the best player I have ever played with is Stephen NZonzi. I remember when I was at Blackburn saying to everyone at the time this guy is a joke but my friends weren’t really having it. He was a young player at the time with that French Parisian swag about him. Training with him every day you get to see the raw quality he possessed and the temperament he had to reach the highest level. He’s not done bad since then!

The best player I have ever played against? I was at AC Monza. We played a friendly against Juventus at their training ground. There were a couple that really stood out like Marchisio and Giovinco to name a couple.

But even though we won the game 1-0 I’m going to have to say, Gigi Buffon.

I don’t think an explanation is needed for this one!

On whether he would recommend the move abroad

I would most definitely recommend and encourage young English players to go and play in Italy – or anywhere abroad for that matter.

Everyone is different, of course,  but for me, I thoroughly enjoyed the experience. A new and different way to understand and play the game of football. And, maybe even more beneficially, a way to challenge yourself, learn and grow as a human being.