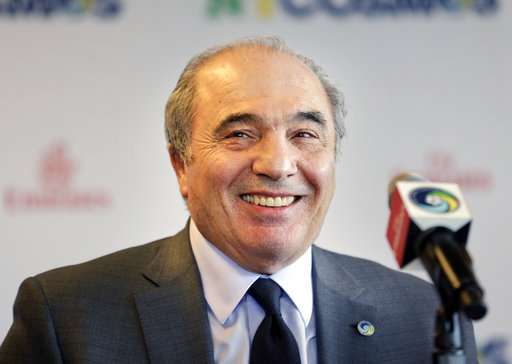 Italian-American businessman Rocco Commisso is in the midst of negotiating for the majority share of AC Milan.

Reports seem to indicate negotiations are swaying back and forth.

Commisso has issued a statement regarding the negotiations.

“As numerous press reports and social media accounts have publicly suggested, Rocco B. Commisso has been negotiating to purchase a controlling interest in AC Milan. Many of those reports and accounts have contained statements about Mr. Commisso and the negotiations that come from unspecified sources and have not usually been accurate. Until now, Mr. Commisso’s team has refrained from making public statements about the status or substance of the negotiations in order to preserve an atmosphere conducive to concluding a deal. However, Mr. Commisso believes the time is right to let the millions of AC Milan fans exactly where things stand.

Mr. Commisso has worked tirelessly with the assistance of his advisors to formulate and negotiate a transaction beneficial to this historic club, its loyal fans, the current ownership and the community of Milan. Despite his best efforts and genuine belief than an agreement had recently been reached, it seems that the current ownership is not willing to conclude a deal on acceptable terms in a timely manner.

Given Mr. Commisso’s passion for football and ties to his native Italy, this is unfortunate situation for him personally. However, he hopes the end of this process leads to a stable and successful future for this iconic club.”