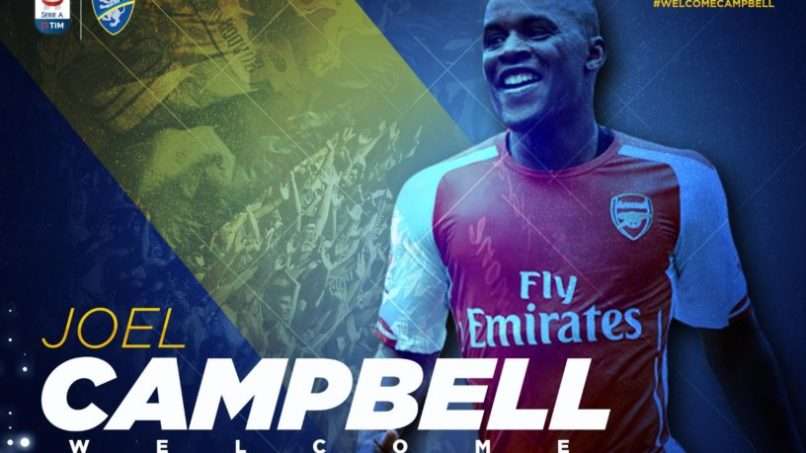 Frosinone have announced the signing of Joel Campbell from Arsenal in a permanent deal.

Campbell has signed a three-year contract with the newly-promoted club.

The 26-year-old Costa Rican joined Arsenal in 2011 but has been loaned out to six different clubs.

Campbell put in an impressive performance against Italy in the 2014 World Cup as Costa Rica beat the Azzurri 1-0.