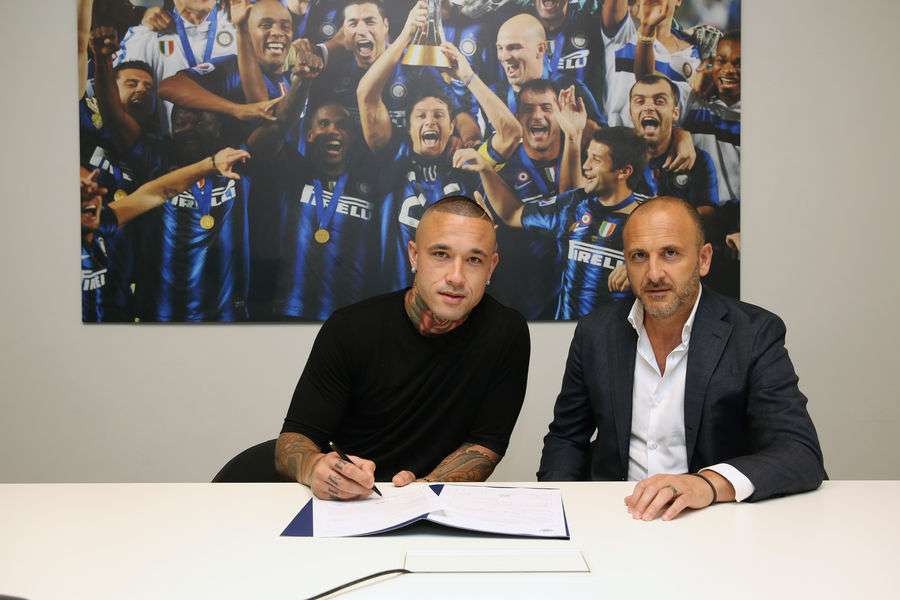 Roma will receive €24 million plus Nicolò Zaniolo and Davide Santon in the deal.

Nainggolan has signed a four-year contract with Inter.

The 30-year-old midfielder joins the Nerazzurri after four seasons with Roma.

Nainggolan has spent his entire senior career in Italy starting out with Piacenza before joining Cagliari and then Roma.