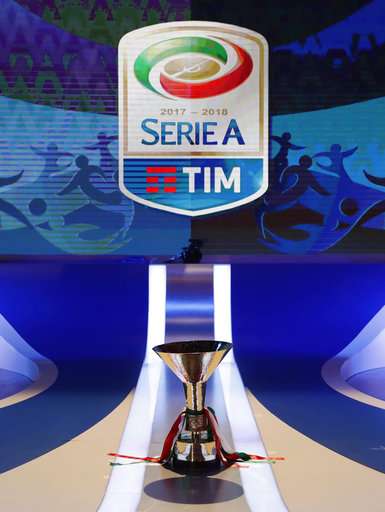 The 2017-18 Serie A season looks like it could be one of the most exciting in the last decade. There are currently four teams with a legitimate shot at the Scudetto as well as a dark horse in fifth-placed Lazio. There is also the fight for the sixth European spot, with Sampdoria, Milan, Atalanta, Fiorentina, and Torino sure to battle through the spring. At the bottom, we’ve seen the worst top-flight team in Italy at the midpoint, Benevento, earn only four points so far. Genoa, Crotone, Hellas Verona and SPAL will fight to ensure survival. Anyway, as the andata is finished and the ritorno upon us shortly, here are the main stories from the first 19 rounds.

The Derby della Madonnina in Milan is always a lovely game to watch. On this occasion, the fans gave it a superb atmosphere as always and on the pitch, both teams went for the win in a pulsating clash. Antonio Candreva put in a superb cross for Mauro Icardi who finished well to give Inter the lead. Milan then equalized through Suso as they took command of the second half. Icardi gave Inter the lead again though when he acrobatically volleyed Ivan Perisic cross into the net. Milan would come back one more time through Giacomo Bonaventura who made it 2-2 with just a few minutes remaining. In stoppage time though, Inter earned a penalty as Icardi completed his hattrick and ensured Inter fans the bragging rights. There was strong competition from Atalanta-Lazio 3-3 but the derby edges it.

Napoli have played the most attractive football in Italy for a few years now but they are really getting results now too. Sure they were top at this point last season as well, but they have been even better this term with just one loss, crucially against Juventus, and three draws other than their fifteen wins. They’ve also conceded the second least goals after Roma who has played one game less. They will have to equal Juve’s points tally in the spring, but at the moment Sarri’s work has been sublime. Luciano Spalletti’s work with Inter, top and unbeaten until mid-December, would have given him this award if not for their implosion in the last three games.

Paulo Dybala has been excellent when he’s played and Mauro Icardi leads the goalscoring charts. But no one can better Ciro Immobile’s combined output of 16 goals and 7 assists in just 17 games. That makes him the second-highest scorer, one after Icardi, and the second highest assist provider, one after Candreva. He’s been nothing short of fantastic, as evident of his two goals in Lazio’s win at Juventus.

It’s not really a surprise given the players in their squad and the quality of their coach when you see Sampdoria in sixth. Still, the likes of Torino, Fiorentina and definitely Milan would have fancied their chances to finish above Marco Giampaolo’s side prior to the season starting. They lost Milan Skriniar to Inter in the summer while Patrik Schick went to Roma and Luis Muriel to Sevilla. Their brilliant scouting department identified replacements though and Gianmarco Ferrari has been great at center-back in Skriniar’s place while Duvan Zapata has been brilliant up front. Giampaolo’s young side lost their way a little towards the latter stages of the andata with some poor results, but if they can regain their form they will play in Europe next season.

Much was expected of the “new Milan” as we went into the season. The Rossoneri made 11 summer signings but with half the season played we find them in 11th place when many fans expected at least a Champions League finish. Vincenzo Montella has been sacked and Gennaro Gattuso brought in, but this was not all Montella’s fault. Of the 11 players brought in, only Lucas Biglia and Leonardo Bonucci could have been seen as among the top 15 in Europe in their positions. For more than 200 million euros, that’s just not good enough. What’s worse is those two have probably been the worst ones.

Oddo has been manager of Udinese for little over a month but his results at the club have been fantastic. After losing his first game in charge to Napoli, Udinese beat Crotone, Benevento, (the previously unbeaten) Inter, Hellas Verona and Bologna. As the ritorno part of the season starts on Friday, Udinese have won five in a row and sit in seventh place. They’ve scored 14 goals in those five games too. Oddo has started brilliantly in Udine.

This was obvious, wasn’t it? They lost their first 14 games, then got a draw against Milan which was followed by three new defeats. In the 19th game, they finally won for the first time when beating Chievo 1-0. It was welcome, but their start to life in the top flight has been historically poor. In fact, losing the first fourteen games of a season is the worst record in any of Europe’s top flight leagues ever.

The 20-year-old winger has been superb for La Viola and replaced fellow academy graduate Federico Bernardeschi in the first team. His performances have been superb but he’s got some way to go to replace Bernardeschi’s output. Chiesa has scored four and assisted two this fall, compared with Bernardeschi’s 11 goals and four assists last season. Still, Chiesa has been great at a rejuvenated Viola under Stefano Pioli. With pace, skill and intelligence, Chiesa is a danger to any opponent.

It’s lovely to get the occasional glimpse of this genius in the Serie A again. There’s something mesmerizing about watching him caress the ball with sublime technical quality. Enjoy him when you have the chance.

It’s hard to forget this moment. Benevento hadn’t taken a single point from their first 14 league games. They were 2-1 down at home to Milan in the 95th minute as Danilo Cataldi prepared to launch a free-kick into the penalty area. Goalkeeper Alberto Brignoli went up and met the ball with a diving header which beat Gianluigi Donnarumma and earned Benevento their first ever Serie A point. Delirium!

Udinese have played 18 games so far. They’ve won nine and lost nine. No draws. So they either win or draw. Something to remember for any punters out there.

The Serbian has continued his development under Simone Inzaghi and looks set for a huge price tag in the summer. Manchester United, PSG, Real Madrid and Barcelona have all been rumored to be interested in the box-to-box midfielder’s services. Lazio can expect a huge payment to be inserted into their account after the World Cup. I bet Lotito is very happy with that.

“Quaglia” has had one of his best ever seasons, and we’re only halfway through it! With 12 goals and five assists, Quagliarella is up there with Icardi, Mertens and Dybala in the chase after Ciro Immobile’s tally of combined goals and assists. At 34 years of age, it’s quite remarkable to see Quagliarella up there with those names, but he’s been fantastic for Samp.

This team is attacking as hell, and there’s no real balance to the side, but wouldn’t it be fun to watch them play?

The Brazilian has had a superb season and is key to Roma’s best defense this season. He keeps the much-heralded Ederson of Manchester City out of the Brazil team too, which underlines his quality.

The Slovakian 22-year-old arrived at Inter after a very good first full season in Italian football at Sampdoria. He instantly became Luciano Spalletti’s first choice at center-back and his partnership with Miranda has been the base of Inter’s successful return to the top of the table.

Bonucci left and Barzagli struggles to make the eleven most weeks. Giorgio Chiellini is always in it though, and he always performs. Until the 3-1 win at Verona, Juventus had gone eight games without conceding. No one was happier with that record than Chiellini. A strong partnership has now been established with Mehdi Benatia and they will be key in Juve’s chase for a seventh successive Scudetto.

The Serbian came straight into the Roma team after a weird season at Manchester City last term. There, he was often used at center-back. It’s been none of that under Eusebio Di Francesco at Roma where Kolarov has been left-back and arguably Roma’s best player so far. If they win their game in hand at Samp, they are very much in the title race. Kolarov has been key to that possibility.

I know, he should be on the left. But he can play on the right and he can play wing-back. And he’s brilliant. Perisic has shown why Jose Mourinho was so desperate to sign him in the summer with seven goals and six assists so far. The Croatian will be vital if Inter wants to keep Roma and Lazio behind them to ensure a Champions League place for next year.

This is perhaps not only the best central midfielder in Italy, but also in Europe. Pjanic has been his normal fantastic self and continues to run games from Juventus midfield. Pjanic is being deployed even deeper than last season at the moment as he’s dictating games from the base of Juve’s midfield in Andrea Pirlo’s old role. And he’s doing it brilliantly.

When people think of Napoli, few mention Allan as quickly as they mention Insigne, Mertens, Callejon or Hamsik. This season, the Brazilian has seen off competition from youngsters Marko Rog and Piotr Zielinski to establish himself as Sarri’s number one choice in the right-sided role of Napoli’s midfield three. His aggression, pressing and ball-winning adds graft to his intelligent passing. It also makes him one of Napoli’s key men.

He’s not at the top of Serie A’s goal-scoring charts or assist charts. Lazy observers might think he’s therefore not at previous heights. Nothing could be further from the truth. Insigne has been superb all season and one of Napoli’s problems have been the lack of an adequate understudy as they are nowhere the same side without him. Insigne always makes things happen, and Napoli need to keep him fit and firing until May if that elusive Scudetto should be secured.

It’s been a tough last few months for Paulo Dybala. In fact, he’s even been dropped from the starting eleven recently. This just shows how strong Juve’s attack is since Dybala is still the best player in the league. In the 13 games, he’s started, he’s showed why. In the five substitute appearances, he has too. Dybala has 14 goals and three assists in those games. So if this is a bad spell, imagine if Allegri gets him back in full flow for the end of the season.

As mentioned earlier, Immobile is the player of the season so far. 16 goals and 7 assists in 17 games is remarkable. He’s the most productive player in the league by quite some distance. It would be great to see him continue this form in Inzaghi’s lovely Lazio team.

Few strikers are as deadly in the box as Icardi. He’s no great player outside the box, but it’s no problem because what he does in it is sublime. 17 goal in 19 games makes him Serie A’s top goalscorer and has given Inter the chance to qualify for the Champions League next season. Icardi is Inter’s captain and talisman, and one of Europe’s greatest finishers.