Transition from Conte to Sarri – a move too late for Chelsea? 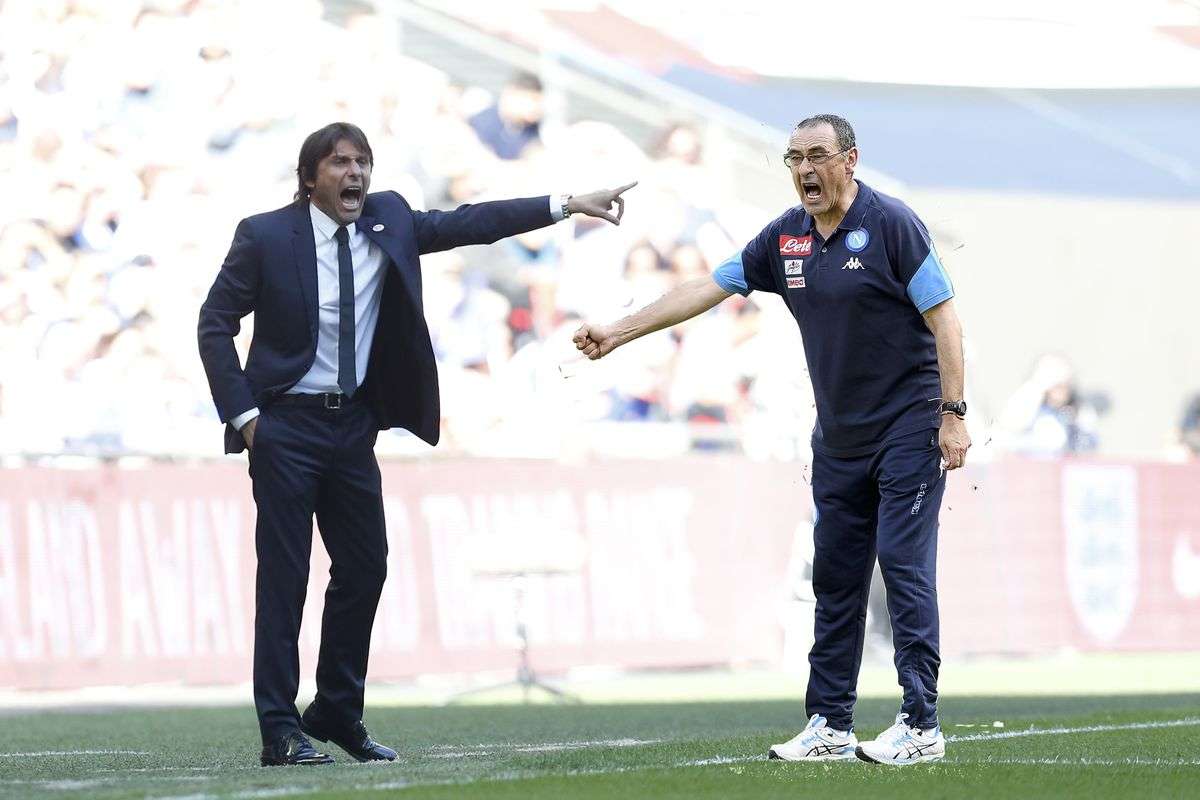 Blame who you want for Chelsea’s woes last season that led to a 5th place finish and missing out on Europe’s top competition. Abramovich for straining relations with Conte, or vice versa depending on whom you ask. The board for failing to get Conte’s top targets in the summer transfer window. Conte for seeming less than motivated. All of the existing players who failed to increase their previous season’s goal tally with the exception of Marcos Alonso. Perhaps the new transfers, like Alvaro Morata, who failed to impress. Whatever you may believe, one thing is for certain, if Chelsea want to get back into the Champions League and fight for the league’s top spot, they need to find the ever so important stability that evaded them last season.

Rumors surrounding the departure of Antonio Conte have circulated for months. Some believed he wouldn’t even finish last season with the Blues, while others found it incomprehensible that a man who won the league in 2017 would be fired for finishing 5th in 2018. Then rumors really caught fire in the weeks after the season finished, when it looked almost certain that Napoli’s recently departed Maurizio Sarri would take over. Yet, over a month later, here we are. Sticking to his existing contract and its huge payday, Conte started training with the Blues players who missed out on the World Cup.

Now, it finally appears that the switch from Conte to Sarri will finally occur. Conte was tactical and savvy. After winning the league, he renegotiated the terms of his contract to earn a higher salary without adding additional years to his contract. Over at Napoli, Sarri had a huge contract of his own. Looking to stick with the frugality that poisoned their transfer market last season, Chelsea has played the waiting game.

I’ll be honest. As a Blues fan, I never wanted to see Conte leave. The man was a tactical genius. He was electrifying on the sideline. If he still coached Gli Azzurri, they probably would have qualified for the World Cup. Yet, he did deserve some blame for last season. At times he was uninspiring. But termination? Blasphemous.

Like many others, I came to terms with the parting of Conte. Many thought he would leave for PSG, but I was inspired by his determination to stick with the club. Regardless, it seemed that our honeymoon with the Italian was over. If he had to leave, I was happy that Maurizio Sarri, hailed as another Italian tactical genius, was primed to take over. Today, that proposition scares me.

In less than a month the new campaign kicks off as the start date for the Premier League has moved up to August 9th. Combined with the ongoing World Cup, players and coaches are strapped for time in terms of preparation. If Chelsea are looking for stability, how will a new manager given less than a month to prepare achieve that goal? Especially when you consider Sarri’s style of play. Although praised for the success of his diligent tactics, his unwillingness to waver from them was ultimately the downfall of Napoli in their hunt for the Scudetto. A successful transition to Sarri-ball in such a short period of time would be nothing short of miraculous.

Not to be forgotten in this mess is the transfer window. Sure, a move for Jorginho to the Blues would be a big signing and would certainly aid Sarri in his transition. However, that’s certainly not enough. To date, Chelsea haven’t landed a single significant signing during this summer window. And lest we forget about the Belgian stars Eden Hazard and Thibaut Courtois.

Hazard has been the crown jewel at Chelsea for years now, being integral to both recent title runs. Courtois, on the other hand, the final wall bolstering a many times questionable Chelsea back three. Both have been the subjects of transfer rumors to Real Madrid, PSG and the likes for roughly the same time as Conte. The Belgians have publicly stated their willingness to stay at Chelsea depending on the situation. Both want to see investment in the club, which hasn’t come. Hazard was even clearer, stating his need to understand the coaching situation before making a decision.

Juxtapose this situation with rivals Arsenal. The Gunners made the long-awaited move to fire Arsene Wenger right as the season ended, got on to hiring a new manager, and have spent the transfer window bolstering the team in hopes for a top-four finish with signings like Bernd Leno, Lucas Torreira, Sokratis and Stephan Lichtsteiner.

The move from Antonio Conte to Maurizio Sarri once looked promising. Now it looks like the team will be set up for the same hardships as last season. Maybe even worse. The transfer window has been abysmal, the coaching limbo threatens to alienate Hazard and Courtois, and Conte has already begun preparations with the team. Ultimately, the club should consult their top players on the decision. For my part, I have no faith in Abramovich to do so and fear that Chelsea may come out of this worse for the ware.