FEATURE | Serie A game of the week: Cagliari-Samp thriller 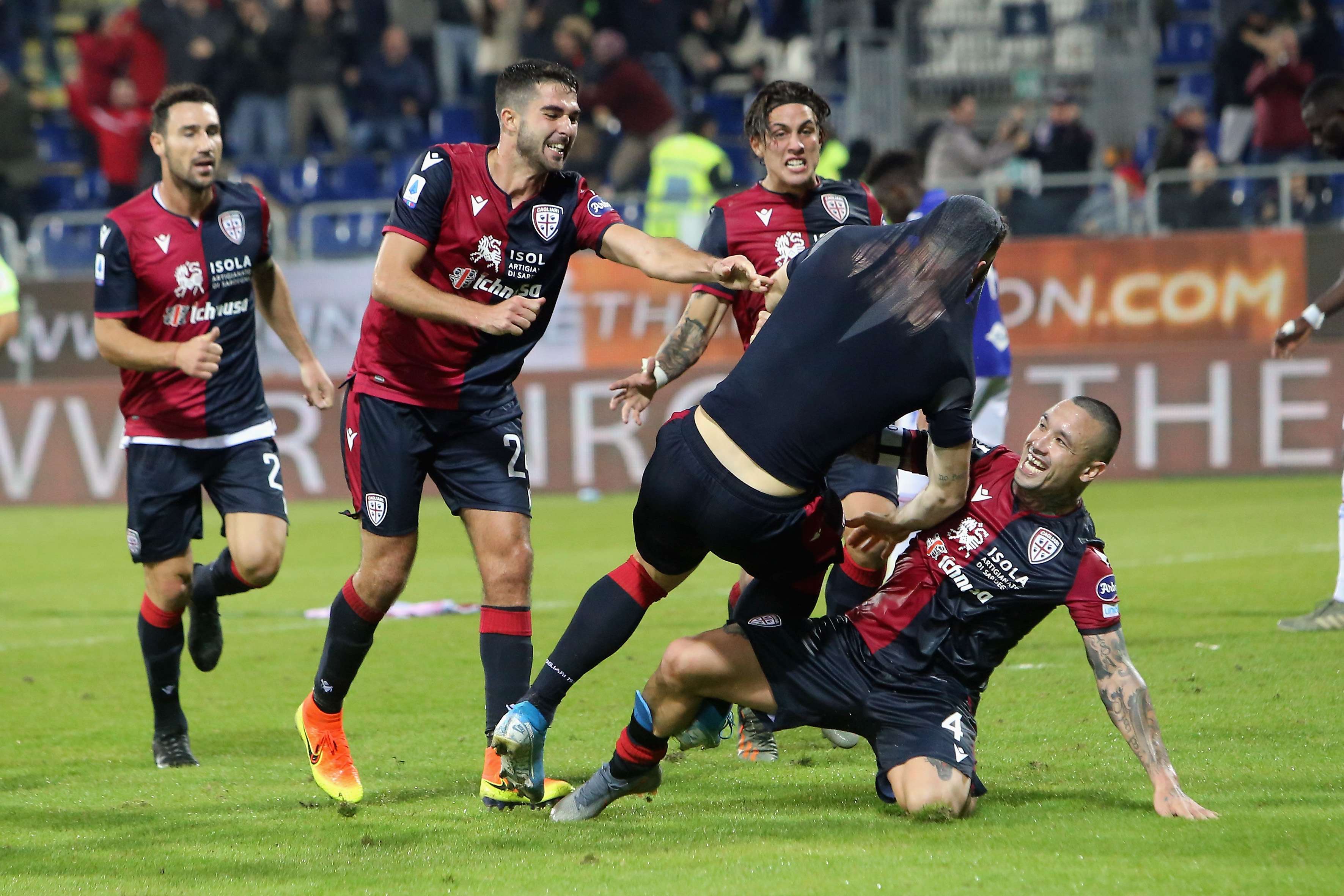 Alberto Cerri scored a dramatic added time winner for Cagliari as they overturned a 3-1 deficit to beat Sampdoria 4-3 on Monday night.

The hosts entered this game unbeaten in their last 11 league games, and would have fancied their chances of extending that run against Claudio Ranieri’s side who were only two points above the drop zone.

Yet it was the visitors who started promisingly and they almost took the lead thanks to a sensational effort from Fabio Quagliarella. The veteran striker was the leading scorer in Serie A last season, but had only found the net once so far this season prior to this match. However, that did not stop him trying an audacious overhead-kick which forced a fine save from Cagliari goalkeeper Rafael.

A few minutes later, he was handed a far easier chance to open the scoring. Luca Pellegrini slipped inside the penalty area and tripped Manolo Gabbiadini in the process, leaving the referee with little option but to point to the spot. Quagliarella stepped up and thumped his penalty high into the net.

Having only conceded twice in their previous four games, Sampdoria appeared comfortable, and they strengthened their grip on the game in the 52nd minute when Gaston Ramirez doubled their lead. Quagliarella was involved once more, exchanging passes with the Uruguayan who produced a deadly finish into the far corner.

With the game drifting away from them, Cagliari needed a moment of inspiration. Their captain provided it. Radja Nainggolan is known as a scorer of special goals, and he netted another one with just over 20 minutes remaining, cutting in from the left hand side before rifling his shot into the bottom corner from just outside the area.

Cagliari’s hopes of a fightback were well and truly alive. Only for a matter of seconds though. Within a minute of the restart, Quagliarella was found in space at the back post, and he steered his volley beyond the grasp of Rafael to restore Sampdoria’s two goal advantage.

It seemed that Cagliari were set for their first defeat since September, with time ticking away. Yet Rolando Maran’s side have a new-found resilience about them this season, and two goals in two minutes from striker Joao Pedro turned the game on its head. The first was a delicate touch from a Pellegrini cross, whilst his second showed his desire, as he fended off a defender to volley home Nainggolan’s teasing ball in.

Now the scores were level, and the momentum was with Cagliari heading into the final ten minutes. Still, it seemed that Sampdoria had done enough to earn themselves a point. That is until Cerri entered the fray.

In the sixth minute of stoppage time, Pellegrini whipped in another pinpoint cross, and Cerri powered his header into the net via the underside of the crossbar.

Heartbreak for Sampdoria, who led for long periods but ultimately came away empty-handed. The return to form for Quagliarella can be their only comfort.

The evening belonged to Cagliari though. Having struggled in the lower half of the table in recent years, their impressive start to the season continues as this victory moves them back into the top four.