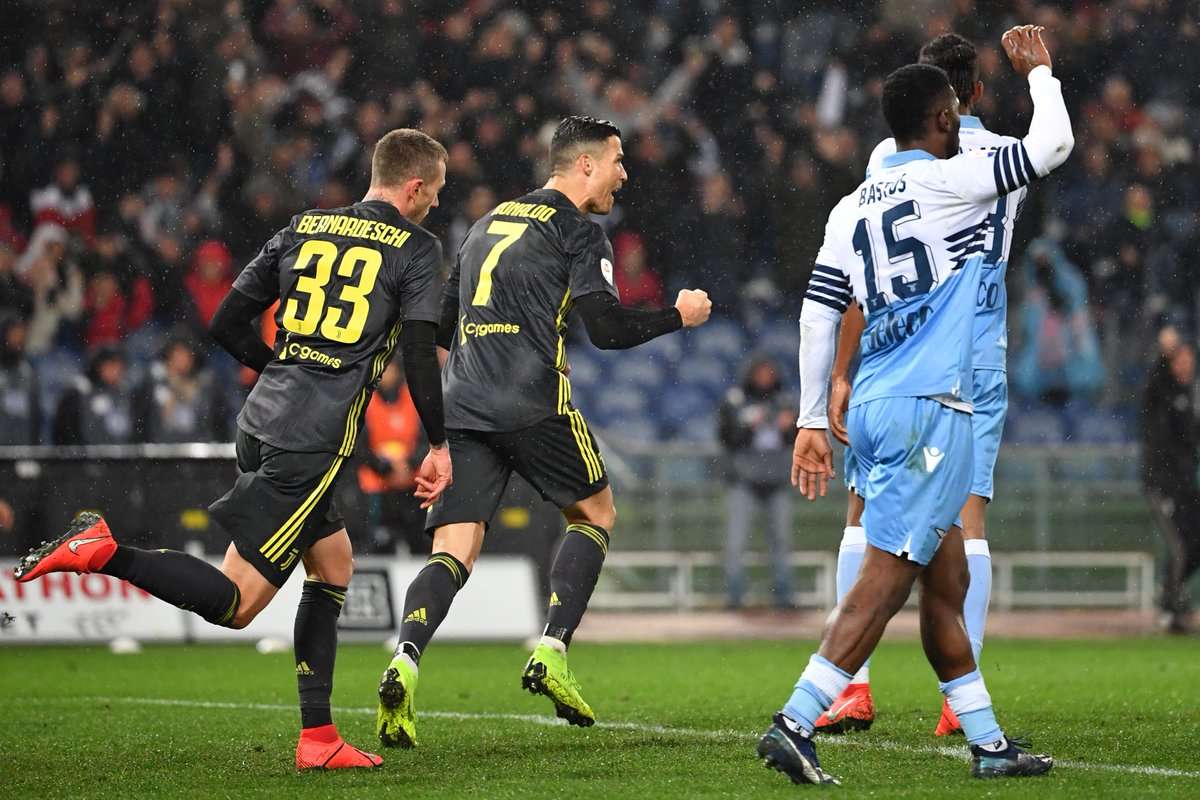 Lazio hosted Juventus this evening, with the final score being a 2-1 win for the visitors. Lazio led the game after an own goal from Juventus’ Emre Can before Portuguese full-back Joao Cancelo equalised for the visitors. Juventus won a late penalty after a foul from Senad Lulic on Cancelo, with Cristiano Ronaldo converting from the spot. With this win, Juventus maintained their unbeaten run in Serie A.

The first half was all Lazio. For the first time since last season, we saw the Lazio from last season in a big game. Despite failing to win in the end, the Biancocelesti delivered continued dominance throughout the match, showing that they are still a force to be reckoned with. Lazio had a few good chances in the first half, with Luis Alberto and, specifically, Joaquin Correa, offering a lot of support for Ciro Immobile up top. Leonardo Bonucci had to come off in the first half after landing awkwardly on his ankle after a piece of fantastic dribbling from Lazio’s Correa.

The second half started as the first finished, more or less. Juventus showed signs of coming back after some shaky defending from Wallace at the back. Bastos, meanwhile, played fairly well in the end for Lazio. Emre Can headed the ball into his own net for Lazio to take the lead, with the Biancocelesti playing positively and looking like they could end Juventus’ unbeaten run. Ciro Immobile missed a golden opportunity to double Lazio’s lead before Juventus equalised through Joao Cancelo and then winning a late penalty, after Senad Lulic pulled down Joao Cancelo. Cristiano Ronaldo converted the spot-kick and the Biancocelesti succumbed to another defeat to a top team.

Lazio played well and showed signs of something brilliant but a typical blackout cost the Biancocelesti once again.